HSBC BANK, BANK NEGARA MALAYSIA AND THE EXPORTING OF JOBS

HSBC Bank has claimed that Bank Negara Malaysia (BNM) has approved the exporting of jobs to Hyderabad in India, Sri Lankan and other vendors in Malaysia that are not unionised.

The exporting of jobs has resulted in HSBC Bank implementing a Voluntary Separation Scheme targeting about 300 or more bank workers out which about 200 of them are NUBE members. This is another form of union busting activity that is being carried out by HSBC Bank. And, it claims that it is doing so with the approval of BNM.

NUBE wrote to BNM more than a week ago, asking if there was any truth in claim made by HSBC Bank?

However, we did not receive a response from BNM.

On 28 November 2019 NUBE lodged the above question again with BNM at it’s Kuala Lumpur, Johor Bahru and Penang Office.

Five (5) days have passed, and we are still waiting for a response from BNM. 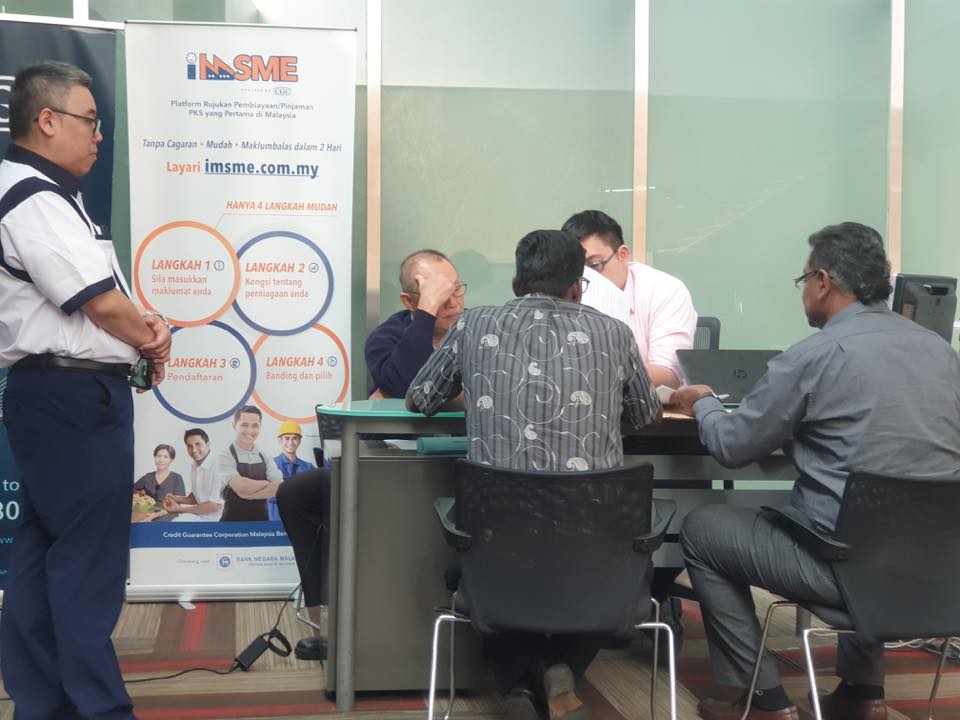 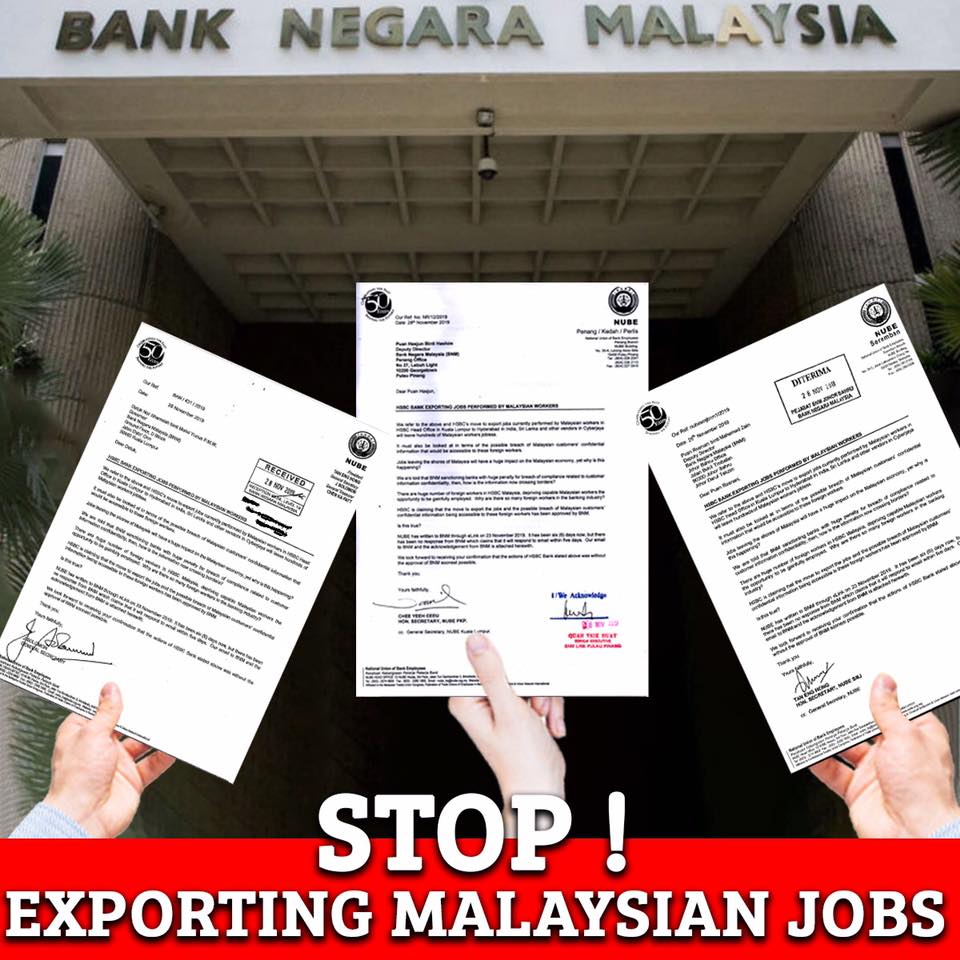 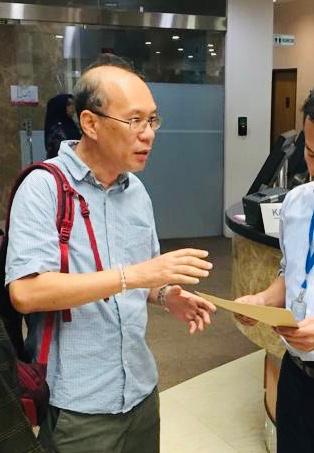 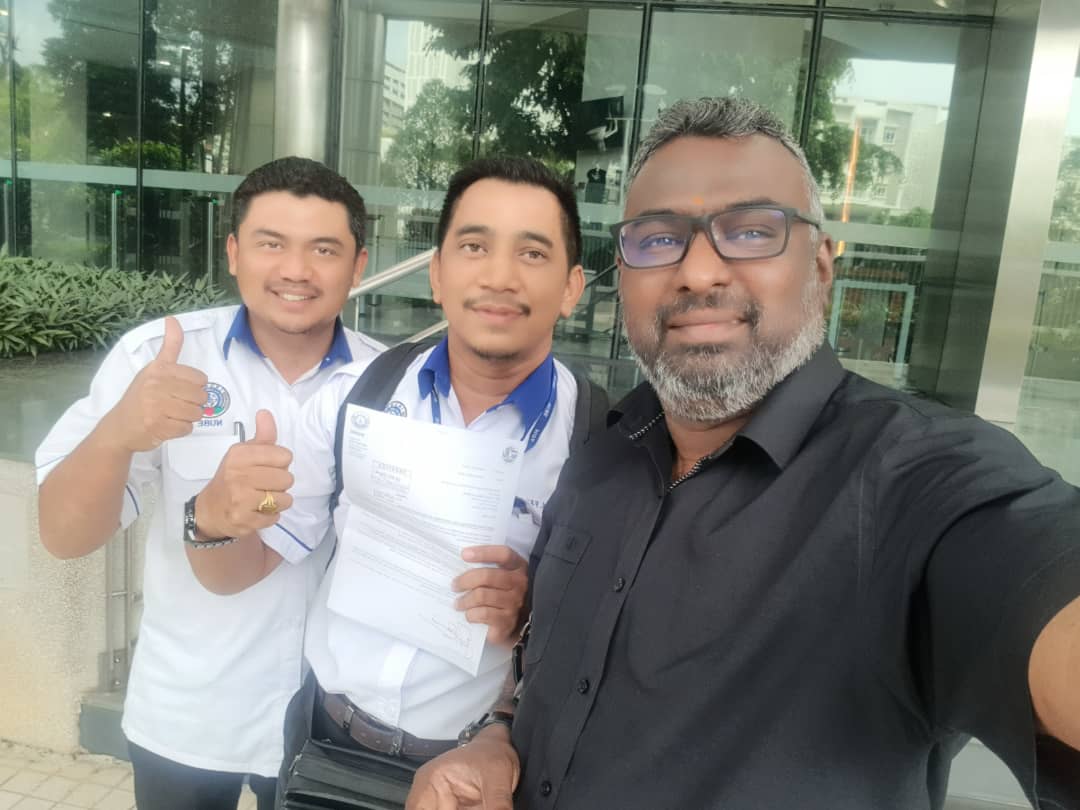