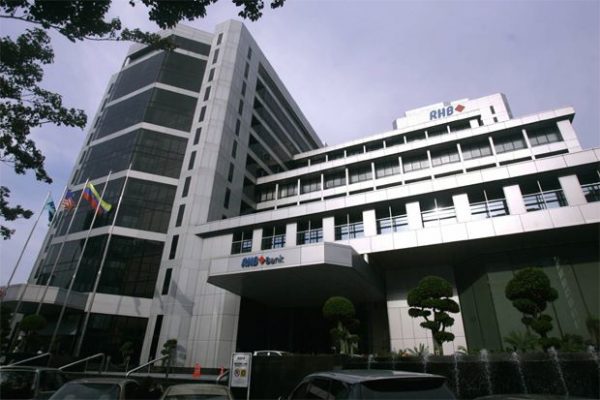 Revenue for the period under review was also lower at RM2.62bil compared to RM2.71bil a year ago.

The country’s fourth-largest bank by asset size said in a stock exchange statement that operating expenses for the first three months were higher by a marginal 1.9% to RM761.2mil from a year ago, driven by a rise in personnel costs and higher IT-related expenses from continued investments in technology infrastructure and capabilities.

However, the bank’s overall cost-to-income ratio, which measures how tight a ship the bank runs, improved to 48.9% from 50% for the financial year ended Dec 31, 2016 (FY16), owing to its disciplined cost-management efforts.

The bank said allowances for impairment on loans and financing increased to RM132.4mil from a year ago, primarily due to additional individual impairment allowances provided on certain corporate accounts that were classified as impaired last year.

RHB’s group managing director Datuk Khairussaleh Ramli said the bank had moved on from a challenging fourth quarter in 2016 and delivered a much improved profitability in the current period.

“We expect a better performance this year compared to 2016, as we remain vigilant on any headwinds in the operating environment,” he said.

Compared to its proceeding quarter, where it had reported a net profit of RM261.2mil, RHB’s first-quarter profit of RM500.28mil was 91.5% higher.

As at March 31, the common equity tier-1 and total capital ratio of the group, taking into consideration the FY16 proposed final dividend of 13.2% and 17% respectively, was above the Basel III minimum transitional arrangement requirements of 5.75% and 9.25%.

For the period under review, the bank’s gross loans and financing grew by 3.2% year-on-year to RM154.5bil, while customer deposits increased by 5.3% to RM165.8bil.

Retail banking remained the biggest contributor to the bank, reporting a pre-tax profit of RM257.5mil for the first three months ended March 31.

However, this was 12.6% lower than the previous year’s corresponding quarter, mainly due to lower net fund-based income, partially offset by lower operating expenses.