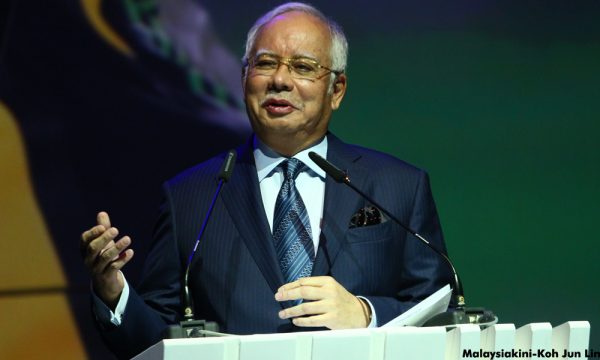 Prime Minister Najib Abdul Razak says the National Transformation Programme (NTP) helped Malaysia narrow the gap in reaching the high-income target from 33 to 18 percent between 2010 and 2016.  He said this was a commendable achievement as the NTP had been instrumental in propelling the country out of the middle-income trap in 2009.  “As at the end of 2016, our gross national income (GNI) per capita had increased to US$10,010 against our high-income target which was estimated to be US$12,272 for last year based on the Performance Management and Delivery Unit (Pemandu) estimate, following the World Bank’s GNI per capita calculation using the Atlas method, using currently available public information,” he added.  Najib said this in his foreword message in the NTP Annual Report 2016, released yesterday.  He added that the programme had also helped to create over 2.26 million jobs in the past six years.  Touching on the highlights of the NTP’s achievements, the prime minister said the development of a truly world-class transport system was among big promises made at the launch of the NTP in 2010.  “In December 2016, we saw my dream of an efficient, reliable and safe public transportation system for the rakyat come closer to reality, with the launch of the mass rapid transit (MRT) project in the Klang Valley,” he said.  Meanwhile, Najib said efforts to diversify the government’s sources of revenue had successfully reduced the share coming from the oil and gas sector from 41.3 percent in 2009 to 14.7 percent in 2016.  Touching on the Goods and Services Tax (GST) and subsidy rationalisation, the prime minister said with RM38.5 billion collected in 2016, the new tax had made up for the shortfall in government revenue of RM30 billion due to the drop of nearly 50 percent in the price of oil.  For the same period, the government’s fiscal deficit continued to decline steadily to 3.1 percent, which led the government to maintaining its target of achieving a balanced budget by 2020.  These had enabled the government to introduce the Bantuan Rakyat 1Malaysia (BR1M), which has provided relief to 7.28 million households in 2016.  As for those in rural areas, Najib said the government had already completed 6,041.7km of new rural roads against the 750km of rural roads built in the first year of the NTP in 2010.  The prime minister also shared other highlights of the NTP, including the establishment of the Pengerang Integrated Petroleum Complex in Johor, a world-class hub for downstream private investment which is driving the nation’s oil and gas capabilities higher up the value chain.  Overall, he said Malaysia had emerged as a model for other countries pursuing transformation, providing affirmation that the nation’s plan was one that worked and offered valuable lessons that others could draw from.  “It is right that we should note these achievements, but our work is far from being done. The government will not rest until we have attained our high-income goals and improved sustainability and expanded inclusiveness in our economy,” he said.   Najib said the road to transformation had not always been easy. However, he remained certain that by 2020, the people would stand shoulder to shoulder to witness the triumph of their nation becoming a high-income country in which prosperity and opportunity was shared by all.  He also expressed gratitude to the civil service for their dedication in driving the country towards the nation’s aspirations.  “I am confident that over the past six years, the civil service has built the capacity and adopted the processes required to continue the NTP on its journey towards the goal set for 2020,” he added.  Therefore, Najib said, the time had come for the civil service to take over the mantle of the NTP from Pemandu, which up to this point had been overseeing and performance-managing the transformation implemented by the civil service.