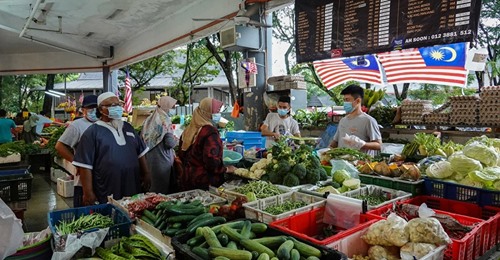 KUALA LUMPUR, Oct 4 — The National Union of Bank Employees (NUBE) has strongly urged banks to reinstate the blanket moratorium on loan repayments for its members as well as low-wage earners until the end of 2020 at least.

In a statement today, NUBE secretary-general J. Soloman said that the targeted approach adopted by the banks does not address the realities of the financial challenges facing its members and those in the B40 and M40 income groups.

“Many of our members urgently need a further respite from loan repayments. However, they and many other bank customers do not qualify for the targeted moratorium adopted by banks on the misconception that they did not lose their jobs or suffered pay cuts, therefore, are unaffected by the economic downturn,” said Soloman.

“Many of them have family members who were either retrenched or had their salaries cut, thereby forcing them to live under great financial strain and duress over the past six months.

“This situation rings true not just for NUBE members but also applies to hundreds of thousands of low-income households across Malaysia. Job losses and pay cuts to one or more members of such families pose a tremendous burden on their ability to service loans and at the same time, have enough money to put food on the table.”

Solomon then strongly urged the government and banks to reinstate the blanket moratorium for those in the B40 and M40 income groups as well as businesses until the end of the year at least.

“There should not be any accrued or compound interest charged to borrowers benefiting from the extension of the repayment moratorium,” said Soloman.

“This proposal will not result in any impairment as NUBE is merely requesting that banks defer the payment of loans, not forgo them altogether. An automatic extension will provide the cushion and peace of mind desperately needed by workers and businesses as they try to survive in an economically challenging environment.

The extension of the loan moratorium will not cost the banks much as they will eventually recoup the deferred payments eventually, he added.

“Forcing these financially hit families including those of NUBE members to resume servicing their loans from this month, is tantamount to ignoring the hardship and suffering on the ground — something which the targeted moratorium with its slew of conditions attached, has failed to address,” he said.

On September 30, the final day of the loan moratorium period, Bank Negara Malaysia (BNM) said about 500,000 applications for repayment assistance had been received, of which 98 per cent had been approved.

In a statement, BNM said that the 500,000 applications were merely a sixth of the three million borrowers it had anticipated would need help under the targeted loan repayment assistance.

The central bank also said borrowers who have lost their jobs this year and are still unemployed will be able to freeze loan repayments by a further three months, while borrowers whose salaries have been cut due to Covid-19 will be offered reduced loan instalments in proportion to their salary reduction, depending on the type of financing.