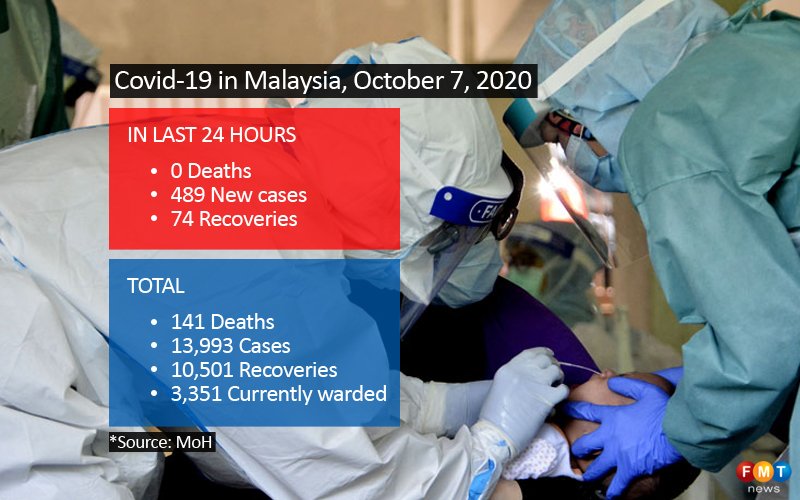 PETALING JAYA: The health ministry has recorded 489 new Covid-19 cases in the past 24 hours.

Health director-general Dr Noor Hisham Abdullah said there were 74 recoveries, bringing the total number of those discharged to 10,501, or 75.04% of total infections.

In a Facebook post, Noor Hisham said the 489 new cases bring the total number of cases recorded in the country to 13,993.

A total of 3,351 people are still being treated. 40 of them are in the intensive care unit, with 13 requiring respiratory assistance.

No new deaths have been recorded, with the toll remaining at 141.

There were 487 local infections and only two imported cases.

Sabah recorded the most cases with 282, followed by Kedah with 153 and Selangor with 20.

Labuan, Melaka and Perlis did not report any new infections.