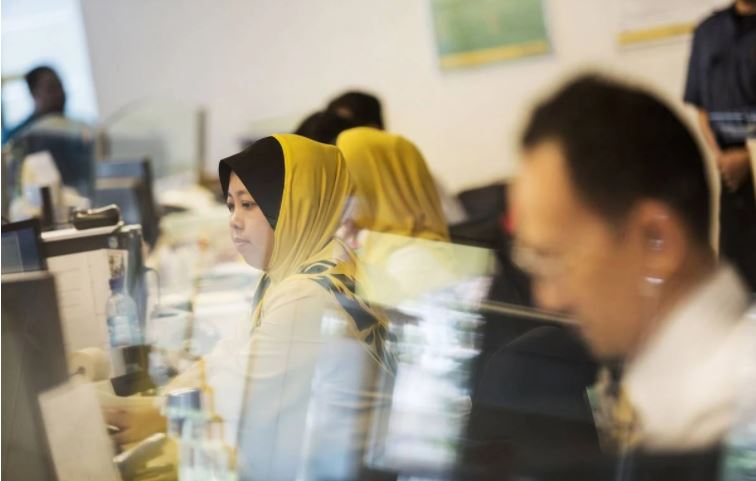 KUALA LUMPUR (Oct 11): The government's plan to further strengthen the country's fintech policies must also address what will happen to employees who are at risk of losing their jobs in the process, said the National Union of Bank Employees (NUBE).

NUBE said it does not oppose the advances in technology, such as artificial intelligence, automation and robotics, which are transforming workplaces as they create new jobs. However, it noted that those who lose their jobs in this transition may be the least equipped to seize new opportunities that may arise.

"They place tremendous pressure on workers, and this is largely because many employers fail to prepare their workers for this transformation.

"It must be noted that the government does not downsize its workforce despite going digital with many of its services and operations. As such, our leaders and Bank Negara Malaysa (BNM) must not condone banks which lay off their workers, especially those in the B40 and M40," the union said in a statement today.

"NUBE regrets that neither Mohd Shahar nor the government or BNM has announced any comprehensive policy to protect the job security and livelihood of employees in the banking and the financial services sector as Malaysia embarks on more robust policies to expand the use of fintech in boosting the digitial economy," it said.

Citing statistics by the Malaysian Employers Federation, NUBE said about 18,000 people from the banking line have lost their jobs due to the introduction of disruptive technology, after more banks adopted online transactions.

As such, bank employees increasingly worry that the aggressive policies to expand fintech-based services in Malaysia will bring about the onset of the collapse of banking jobs if BNM does not put in place mandatory laws to compel banks to upskill their workers, said NUBE.

It said that while some banks have kept their pledge to provide necessary upskilling and retraining to ensure employees are not made redundant by automation or digitalisation, others have simply abolished certain jobs and laid off their workers, as a result of automation and digitalisation.

"NUBE urges the government and BNM to exhort employers to offer workers appropriate training to ensure continuous skills adaptation, instead of offering VSS or worse still, retrenchment. In order for people to keep up, adapt, and work alongside effectively with evolving technologies, they will require a very different set of skills," it said.