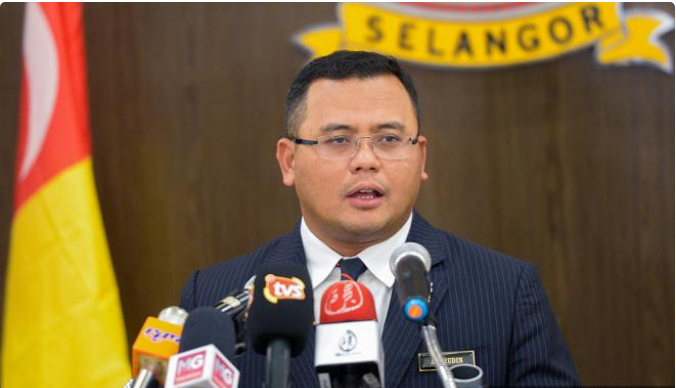 Menteri Besar Amirudin Shari, in a statement, said only several districts in the Klang Valley were recording a worrying number of Covid-19 cases.

"Following the worrying spike of Covid-19 cases, earlier today I chaired the Selangor National Security Council Meeting together with the state Health Department, police, armed forces and other agencies regarding the enforcement of conditional MCO in the Petaling district.

"The announcement by the defence minister just now that conditional MCO is going to be imposed on Selangor, Kuala Lumpur and Putrajaya is quite surprising to the state government.

"Because the decision in our meeting earlier showed that only Klang, Gombak, Hulu Langat and a part of Petaling had a worrying number of cases," he said.

The statement came two hours after Senior Minister (Security Cluster) Ismail Sabri Yaakob announced in his press conference at 4pm today that Putrajaya has decided to impose Conditional MCO on the state and federal territories.

The government also decided to impose the same order on the whole of Sabah. The measure will be imposed in Sabah at midnight tonight (Oct 13) while for the rest, it will be effective at midnight tomorrow (Oct 14).

Amirudin said the state government believes that the situation in several areas considered as green zones are still under control, and thus they would send counter suggestions to the National Security Council for consideration.

He, however, did not specify what the suggestions are.

"The state government hopes that all parties are ready with these changes so that together, we can put under control this Covid-19 outbreak.

"The state government also appreciates effective crisis communication that conclusively involves all stakeholders, so that any decision made would not lead to uncertainty in execution, which would, in turn, give impact to frontliners and the people, especially small and medium industries," Amirudin said.