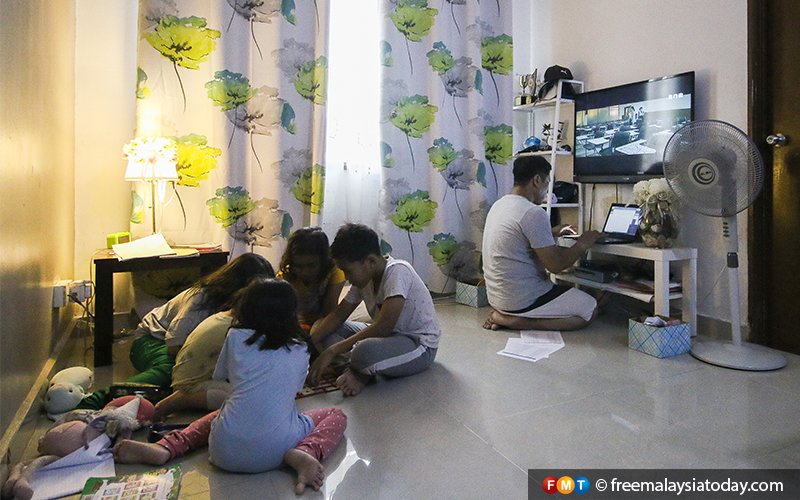 PETALING JAYA: The Malaysian Trades Union Congress (MTUC) has accused the government of failing to consult relevant stakeholders before deciding to implement the work from home order slated to affect about 800,000 workers in the private sector.

He said work from home arrangements should have been left to business owners and operators as they would know their own situation better than Putrajaya.

“If the intended aim is to reduce the number of people at workplaces, leave it to businesses to decide which of their staff needs to work in the office or work from home, whether they are managers or not.

“This policy has many glaring weaknesses and it is obvious that the government had failed to consult the stakeholders such as the employers’ groups and workers’ representatives before coming up with the regulation.

“It is time the MKN and the ministers involved get their act together. They must stick to one set of SOPs and issue them without going back and forth,” he said in a statement today.

Faisal also questioned the backtrack on swab tests, after Senior Minister for Security Ismail Sabri Yaakob said only those who worked in construction or as security guards needed to be swabbed, while others only needed to do so if they displayed symptoms.

He said it would be more effective for workers without symptoms in red zones to undergo periodic tests at clinics mandated by Socso and paid by their employers, adding that those with symptoms should not be leaving their homes anyway.

He also asked how long would an employee’s negative result be valid for, since workers could still get infected despite testing negative initially.

“All these questions must be answered by Ismail and Senior Minister for Economy Mohamed Azmin Ali. The MKN must come out with an FAQ on all relevant matters before imposing all types of restrictions, some of which may not be practical,” he said.