How to tell if an apartment is worth buying 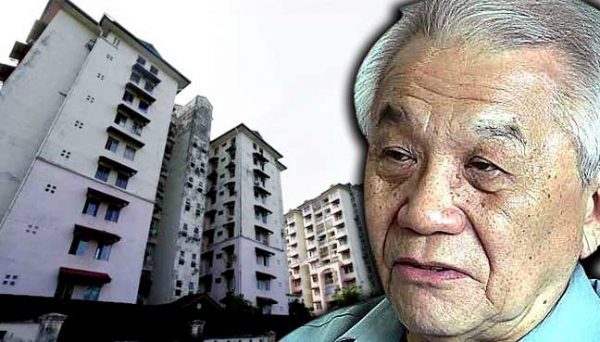 A property expert describes signs that show whether an apartment complex has been properly maintained.

KUALA LUMPUR: A property expert has warned prospective buyers of apartments and condominium units in the Klang Valley that many such properties have been poorly maintained.
This would be especially true of units currently owned by people who bought them between 2012 and 2014, speculating that they could make money by reselling them after a short period, said Ernest Cheong, a chartered surveyor with more than 40 years of experience.
Cheong told FMT many apartment complexes were already suffering from a lack of proper maintenance because the unit owners or residents were refusing to pay maintenance fees.
“I think this problem will become worse because many people bought properties on a speculative basis between 2012 to 2014,” he said.
“Now it is a renter’s market and I foresee that many speculative buyers will have trouble selling the units they thought they could flip for a quick buck or renting them out due to the oversupply of such properties.”
Cheong said those who couldn’t sell or rent their places out might find it difficult to pay maintenance fees on top of servicing their bank loans.
“People who bought the units on a speculative basis without the intention of living there may not feel the urgency to honour their commitment to paying their maintenance fees,” he said.
“As a rule of thumb, if even 30% of owners in an apartment or condominium complex don’t pay their management fees, the building’s joint management body (JMB) or joint management committee (JMC) may not have enough money to properly maintain the property,” he said.
This is a problem that the JMC for four blocks of the Flora Damansara apartment complex is familiar with. A member of the committee, Amir Johari Abdullah, said the management had been fighting a losing battle to maintain the high-rise blocks.
“Many people who bought the units don’t stay here; they rent out their units,” he told FMT.
His JMC manages more than 2,500 units, and only 48% of the owners regularly pay their maintenance fees. As a result, facilities and services have been affected. Amir said the management couldn’t even repair the now disused swimming pool.


“Before we took over, the collection rate was under 40%. So we resorted to drastic measures to increase the collections.”
The measures included denial of car stickers and water supply.
“When we clamp the water meters, those who haven’t paid up for three to four months will promptly pay. But there are also those with vacant units who refuse to pay because it doesn’t affect them.”
In those cases, the management would resort to legal action, but Amir said this was a slow and lengthy process.
According to him, even if the management could achieve a 100% collection rate today, it still would not be enough to pay for maintenance expenses because there were outstanding debts.
He said the amount owed to the JMC was more than RM2 million.
“We actually need to raise the maintenance fees to break even, but it’s hard to ask people to pay more now because some may feel that the facilities need to be improved first. It’s a chicken and egg situation.”
Cheong said prospective buyers of apartments and condominium units should look out for “maintenance red flags” before making their decision.
“It’s best for those interested in buying an apartment or condo to visit the place a number of times, over a month or two, to get a feel of the place.”
“Usually, the lift will be among the most neglected facility if there aren’t enough people to pay the maintenance fees. The lift’s journey should be smooth and not jerky or noisy. The doors must also close properly.”
He said corridors must be clear of any personal belongings such as shoe racks or bicycles. Cluttered corridors would be evidence of poor enforcement by the management, he added.
“Also look for water marks on the facade of the building as well as on the ceilings of the units. Be sure to ask the management how often the swimming pools are cleaned and, if possible, go and see for yourself if the pools are cleaned as scheduled.”
For apartments with landscaping and water features, such as fountains and ponds, Cheong said buyers should look out for weeds, moss and stagnant water.
Other red flags, he said, were loan shark stickers, the poor condition of playgrounds, notices of foreclosure on the doors, warnings on maintenance-fee arrears and discussion of issues on the building’s notice board.
“You don’t have to rush to buy a home now as it is a renter’s market,” he said. “There are more sellers than there are buyers. But if you are inclined to buy a home and can afford one, please do your homework and take your time doing so.”