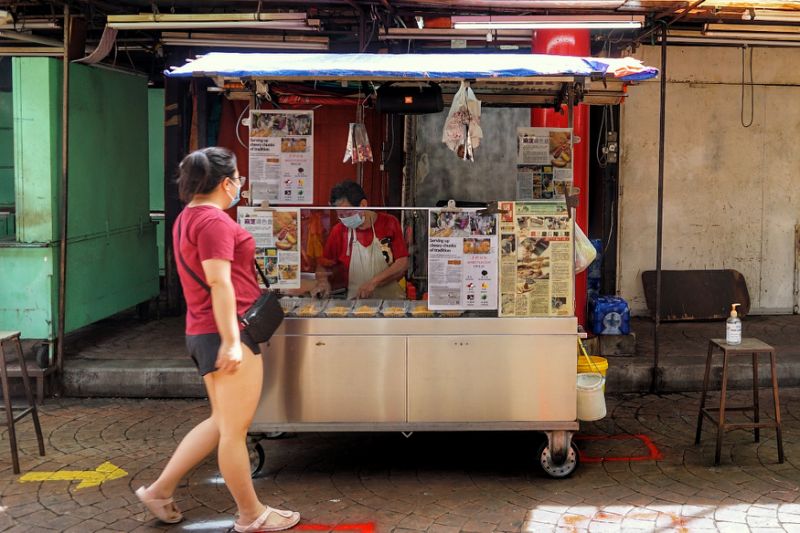 KUALA LUMPUR, Oct 29 — Restoring an automatic freeze on bank loan repayments for all borrowers through the upcoming Budget 2021 would help ensure that the government’s Budget gets support from all MPs in Parliament, the National Union of Bank Employees (Nube) said today.

J. Solomon, general secretary of Nube, highlighted that both government and Opposition MPs already share the common view that a blanket loan moratorium should be put in place again amid the severe economic impact caused by the Covid-19 pandemic.

Solomon said that making the restoration of a blanket loan moratorium as part of Budget 2021 would help the government win bipartisan approval for the Budget in the Dewan Rakyat.

Noting the Yang di-Pertuan Agong’s renewed call for all MPs to ensure that Budget 2021, which is to be tabled in about a week’s time in Parliament, is not derailed by politicking, Solomon said that MPs from both sides of the political divide should now display bipartisanship to support the urgently-needed Budget in the interests of the public, businesses and workers as the third wave of Covid-19 “plays havoc” with the country’s economy.

“As such, we call on the government and Opposition lawmakers to observe a ceasefire and instead give their unequivocal support for any effective and efficient proposals contained in Budget 2021, especially those which can remedy the woes of low wage workers and SMEs,” he said in a statement, adding that bipartisan support for Budget 2021 is “achievable and a realistic expectation” as MPs are obliged to fulfill the public’s needs.

“Nube believes that the reinstatement of the blanket moratorium on bank loans for at least six months is one such proposal that will draw strong bipartisan support from our 222 MPs if it is included in Budget 2021,” he added.

“As such, we urge government and Opposition lawmakers to find common ground by jointly urging the finance minister to reinstate the blanket loan moratorium through Budget 2021.

“This joint call can be a prelude for both sides to hold further discussions and submit other proposals. The move would embody the true spirit of the advice given by His Majesty to ensure Budget 2021 is not held up by political squabbling.”

Noting that both government and Opposition politicians already support the need to continue the blanket loan moratorium, especially for the B40, M40 income groups and small and medium enterprises (SMEs) struggling to stay afloat economically, Solomon said this is something that can be agreed and built on by all MPs to ensure Budget 2021 receives bipartisan support in Parliament.

In explaining why an extended blanket loan moratorium is both necessary and feasible for the banks to implement, Solomon said virtually everyone, including Opposition MPs, would acknowledge that the government’s initial six-month blanket loan moratorium introduced in April was the most effective measure to lighten the financial burden of workers and businesses impacted by the economic downturn.

Solomon said the government’s decision to not extend the blanket moratorium that automatically applies to all borrowers but to replace it with a targeted assistance scheme has many drawbacks, saying that the targeted scheme does not do enough to help SMEs, marginalised workers and daily wage earners.

He also noted that the end of the automatic moratorium in September coincided with a spike in Covid-19 cases as part of the third wave which he said has wiped out any possibility of early economic recovery.

“On the other hand, another six-month blanket moratorium will provide much needed reprieve across the board to more than eight million workers who have bank loans as well as their employers who suffer pressing cash flow problems.

“The banking sector can afford to delay collecting their loan repayments for a further six months as the banks registered profits of about RM32 billion for 2019,” he said, before going on to insist that the government “must reinstate the blanket loan moratorium through Budget 2021”.

Solomon also pointed out that MPs had in the past shown bipartisanship in the nation’s interest, such as 211 MPs last year approving constitutional amendments to lower the voting age from 21 to 18 years old.

“For Budget 2021, Nube strongly calls on our lawmakers from either side of the divide to urge for the reinstatement of the blanket loan moratorium as a starting point to initiate bipartisan discussions in drawing up proposals to lessen the sufferings of the people and businesses due to the pandemic. This is truly a case of Ahli Parlimen BOLEH,” he concluded.

The Dewan Rakyat is set to reconvene on November 2 with the meeting to be held until December 15, while Budget 2021 — which sets out the government’s planned spending for the next year — is scheduled to be tabled on November 6.

At least 16 MPs have reportedly filed motions of no-confidence against the prime minister, but these may not necessarily be voted on amid the limited time in the Dewan Rakyat as government affairs usually take precedence over other matters.

Voting against Budget 2021 could be seen as an alternative for Opposition MPs seeking to push for a vote of no-confidence against the prime minister. The Yang di-Pertuan Agong has however advised for the Budget 2021 to be passed without interruption for the sake of the public’s welfare.