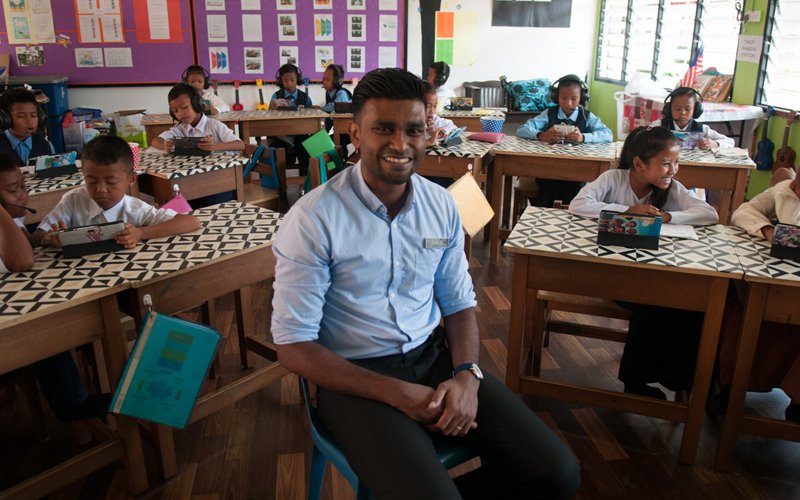 KUALA LUMPUR: The selection of English teacher Samuel Isaiah as one of the 10 finalists of the 2020 Global Teacher Prize has captured the attention of Yang di-Pertuan Agong Sultan Abdullah Sultan Ahmad Shah.

The King expressed his congratulations, joy and pride over the dedication and noble effort of the young teacher from Kuantan, Pahang who has made the country famous on the international stage.

Comptroller of the Royal Household Ahmad Fadil Shamsuddin said Sultan Abdullah also expressed hope that Samuel’s great achievement and commitment would be a source of inspiration and example to all Malaysians, especially teachers, to give their best and strive for success in their respective fields in the country or on the world stage.

“His Majesty also wishes him good luck and prays that he will win the prize and be blessed with continuous success in the field of education,” Fadil said in a statement from Istana Negara today.

According to a statement from the organisers of the Varkey Foundation based in London, Samuel, fondly called Cikgu Sam, was selected from among 12,000 nominations from more than 140 countries.

The award, which comes with US$1 million (RM4.16 million) prize money, is a programme recognising teachers for their efforts in education organised in collaboration with the United Nations Educational, Scientific and Cultural Organisation (Unesco).

Samuel, 33, who had an eight-year stint at Sekolah Kebangsaan Runchang, Muadzam Shah, Pahang, had introduced various innovations to inspire his Orang Asli students there to dream big and crucially connect them to the outside world.

Among the programmes Samuel introduced was an e-mail exchange project known as “Asli E-Pal”, where the students could communicate in English with adult volunteers from all over Malaysia and overseas.

He also introduced the “Speak Up With Poetry” programme where he worked with amateur poets to write poems related to Orang Asli culture, which his students would then watch in the form of guided videos to learn English.

Samuel was also one of the recipients of the education ministry’s Superhero Teachers Award in conjunction with Teachers’ Day last year.