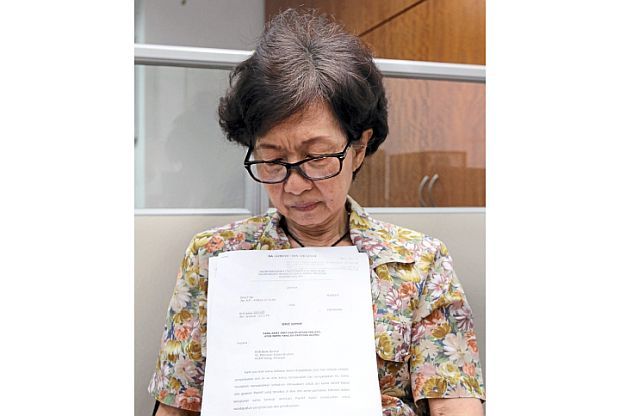 KLANG: About 30 years ago, Dolly Ng inherited more than RM4mil from her parents.

The 72-year-old had been safekeeping the money in several bank accounts throughout the years.

Some time in May last year, a person, claiming to be a policeman, contacted her.

“The caller told me that my money in the accounts was under investigation by the authorities.

“He advised me to open a new account and transfer the entire amount there, ’’ said Ng.

The former piano teacher said she followed the instructions and transferred RM4.3mil into the new account.

“About two months later, a friend told me about some scams during a casual conversation.

“I got worried and decided to go to the bank to check my savings, ’’ she said.

She was shocked when told that there was only RM14,000 left in her account.

“I quickly withdrew the remaining RM14,000, ’’ Ng said, adding that she then lodged a police report.

From the printed statements she obtained from the bank, it showed that her money was transferred out via Internet banking to 18 individual accounts over a period of 45 days.

“I did not open any Internet banking facility under the account. So how can the bank allow the transactions without any verification from me?” she said.

According to the statements, some of the names were of people who were not known to her.

“I am a retiree. The money was my only safety net. I have no other income to last through my old age, ” said the septuagenarian.

Ng has since initiated legal action against the bank, seeking to be reimbursed the lost amount.

“The bank lost my money. It is only right that they give it back to me, ’’ she said.