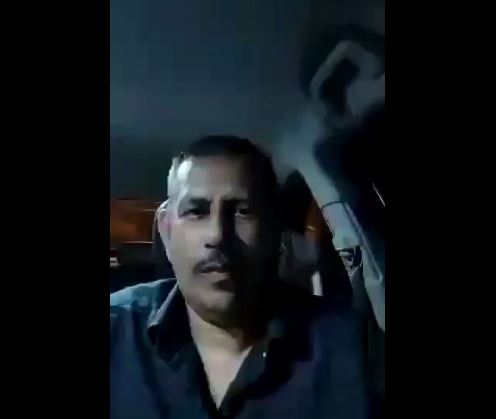 *My life is miserable’: Clip surfaces of man killed by lorry after crashing car into office*

PETALING JAYA: A video of a man telling of his misery and depression at the workplace has surfaced hours after he crashed his car into his office and was later killed by a lorry.

Earlier today, it was reported that the man, who was recently fired, crashed into a section of his company’s premises in Perak and hurled a Molotov cocktail into the management office.

He left the building of the US-based technology company on foot and an hour later, was killed by a lorry while crossing the road.

In the video, the man, in his 50s, said he had been performing well since joining the company, earning bonuses, increments and other incentives.

This year, he said, his bonus had been delayed and he did not get an increment and other incentives.

He said he was also accused of having “performance issues”, but no evidence of his shortcomings were highlighted to him.

“If I have a performance issue, you should call me in, tell me and we need to fix that,” he was reported to have said in the video.

He claimed he requested to meet his superior but was ignored.

“My life is miserable now. I have sleepless nights,” he said.

The man says he had not needed to take any medication for the past 20 years but was on numerous medications because of stress.

“Do you know how stressed I am?”

In the video, he repeatedly thanked several colleagues for helping him with his problem.

“Maybe tomorrow I am no more, who knows?” he said, almost tearing up.

The man said the stress was not because of his work but “some of the people” he worked with.

“Please look into my case, give me a fair deal, if you think I made a mistake, point it out. I’m very depressed.”

He added that he made two police reports about what he was going through at his workplace and another on alleged racism in the company.

“Thanks a lot, I miss you guys,” he said at the end of the recording.

FMT has reached out to the company for a response and will withhold the company’s name pending comment.