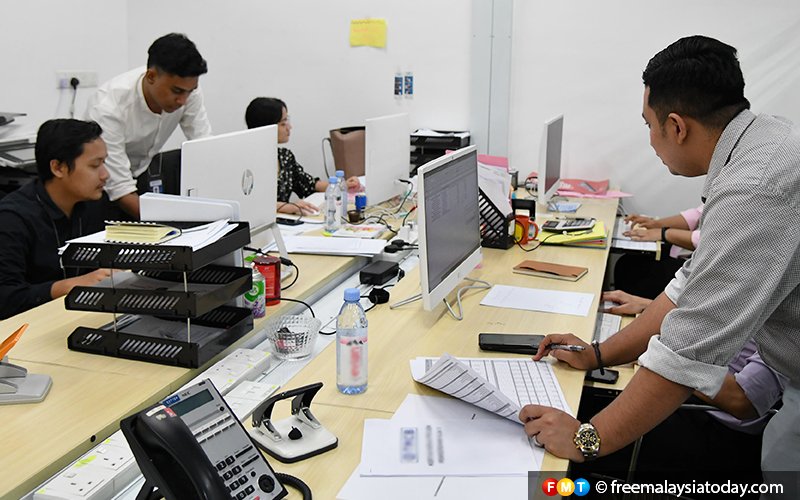 PETALING JAYA: Workers groups say they are grateful for the Perikatan Nasional-led government’s Kita Prihatin economic stimulus package, as it has eased their financial burdens during trying times caused by the Covid-19 pandemic.

National Union of Bank Employees (NUBE) secretary-general J Solomon said the Wage Subsidy Programme (WSP) was an effective tool to help B40 and M40 workers secure their jobs and continue providing for their families.

He said this was because some banks had decided to downsize their workforce by using the pandemic and work-from-home order as an excuse.

At the same time, he said, the cost of living for families in conditional movement control order (CMCO) areas had increased due to bigger expenses on foodstuff and utility bills as well as Covid-19 essentials such as masks and sanitisers.

“Kita Prihatin is essential and should be maintained until the pandemic is over and the national vaccine rollout programme has been effectively implemented.

“The spouses or parents of many workers in financial institutions have lost their jobs or are facing wage cuts. Therefore, government subsidies and one-offs do help these workers,” he told FMT.

Meanwhile, Keretapi Tanah Melayu Bhd (KTMB) workers’ union president Abdul Razak Md Hassan said the WSP has enabled companies to pay their employees as usual, without having to lay off any workers.

He said KTMB’s income had reduced following a drop in the number of train commuters for fear of getting infected, which in turn made it more difficult to provide monthly salaries for workers.

“This package helps both employers and employees facing issues due to the MCO, and it can reduce some of their financial burdens,” he said. “I would say the government has made the best move for the people.”

Malaysian Trades Union Congress (MTUC) deputy president Mohd Effendy Abdul Ghani predicted that more companies would have struggled or even ceased operations without the extra RM600 for workers for another three months.

“Putrajaya implemented the WSP2.0 at the right time since many employers are struggling after eight months of the MCO. With this, they can avoid retrenchment or salary cuts,” he said.

However, Effendy added that there was a possibility employers could take advantage of the WSP, and called for tighter procedures to ensure workers would properly benefit from the government’s initiatives.

Solomon also called for stricter monitoring efforts for the programme to avoid any misuse of wage subsidy funds.

“There must be better scrutiny to ensure the funds are given to deserving employers and used for purposes of paying wages and nothing else,” he said.