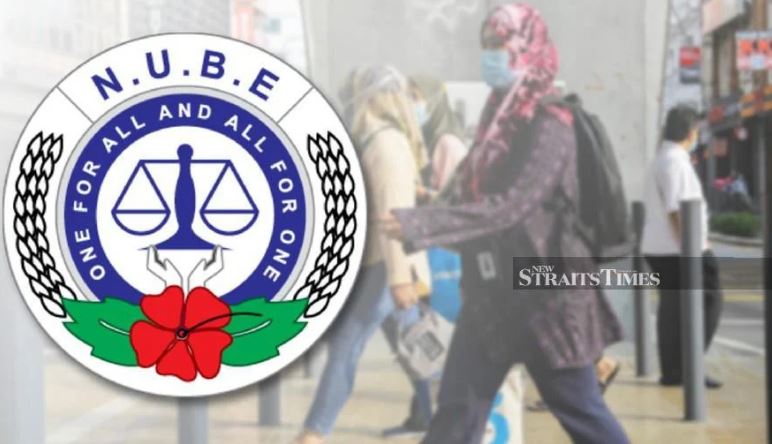 KUALA LUMPUR: The National Union of Bank Employees (Nube) has urged the government and Bank Negara Malaysia (BNM) to investigate a United Kingdom-based multinational banking institution here over its "aggressive" outsourcing of jobs amid the Covid-19 pandemic.

Nube secretary-general J. Solomon said the move has affected the livelihoods of its members in the B40 and M40 groups.

He said if the bank is allowed to continue with its measure, Malaysia will see a rise in unemployment and retrenchments.

Solomon said the Nube has already filed 12 cases of members who claim they were arbitrarily removed from their jobs "and were made redundant" due to outsourcing manoeuvres.

"Despite raking in hefty profits continuously over the years, this bank is actively putting plans in place to let go of an unspecified number of local workers, outsource their jobs and worsen the unemployment problem in the country.

"Nube members in this bank have learnt that it has rolled out plans to outsource various jobs held by Malaysians to external parties in the country, India and Sri Lanka in a bid to cut operating costs and maximise profits.

"Ignoring the need to protect the livelihoods and jobs of the B40 and M40 workers, the multinational bank has instead fully exploited the absence of any legislation (made) to protect the interest of employees," he said in a statement today.

He said the Nube had urged, albeit in vain, the multinational bank to adhere to the loose guidelines on outsourcing issued by BNM in 2019.

Solomon also said their pleas through official letters to the government and BNM's governor received no response.

"The multinational bank has unabashedly used the Conditional Control Movement Order (CMCO) and the work-from-home policy to its advantage in carrying out the outsourcing exercise.

"Local workers are being asked to remain at home on 'standby' as their tasks at their workplaces are taken over by supervisors and senior management personnel, in the process of outsourcing. This is done with the implicit aim of declaring that the bank can work with fewer staff members, giving the bank grounds to carry out a retrenchment exercise and the jobs of these retrenched workers are then contracted out to the external entities.

"Over the past few months, Nube members at the multinational bank are being barred from coming to work at the bank unless they have 'booked' tables and chairs to do their work.

"The bank has employed this method to shut out our members from coming to work, and unethical tactic to eventually show them the door permanently," he said.

He also said the Nube would declare a "trade dispute" against the bank per the Industrial Relations Act 1967 if the matter is prolonged.

The declaration, Solomon said, would enable the Nube to take the necessary action to protect the jobs of its members.