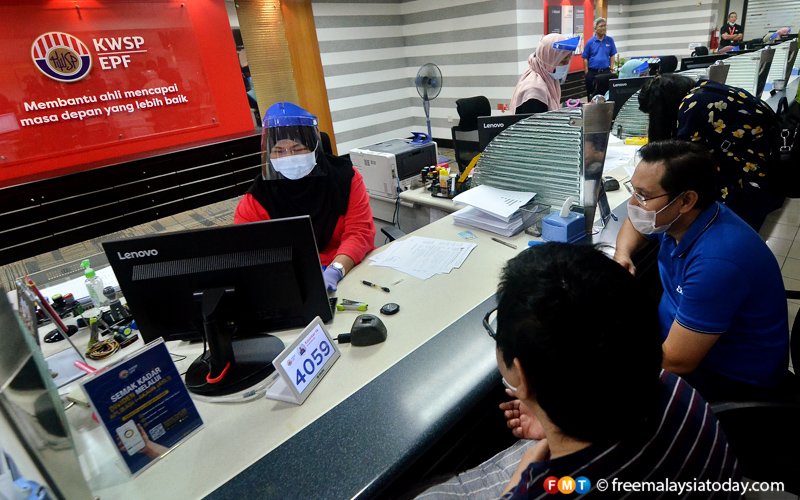 PETALING JAYA: Concerned with the average low retirement savings of Malaysians generally, the World Bank has proposed that the minimum withdrawal age for Employees Provident Fund (EPF) savings be raised to 65 gradually.

In addition, the institution has also recommended that all contributions be converted wholly into retirement savings and to introduce phased withdrawals of balances to ensure contributors have enough in their old age.

Currently, the minimum retirement age for total withdrawal is 55. Contributions are put into two accounts namely Account 1 (70%) for retirement purposes and (30%) for Account 2 which can be used for medical, education or housing loan withdrawals.

For those still contributing past the age of 55, the funds will go into a separate account, called Account Emas, that can only be withdrawn after the contributor turns 60.

In an online launching of its report titled “A Silver Lining: Productive and Inclusive Ageing for Malaysia”, the bank said this among other measures were needed to raise average balances of older people to ensure that retirement savings could be sustained for a longer period.

“In the long term, the minimum withdrawal age for EPF could gradually be increased to 65 through a well-considered transition process, for instance over a period of 20 years, which of course would need to begin in the short or medium term,” the report said.

“It must also explore longevity insurance and annuitising options besides this. Over time, the EPF contribution rate could also be reduced as the benefit eligibility age increases, provided that there is an observed increase in coverage and adequacy.”

The report said these measures were necessary as the Covid-19 pandemic might increase the vulnerability of older persons while reducing their savings for retirement through declining EPF contribution rates, withdrawals from EPF accounts, and declines in asset prices.

However, it recognised the fact that reduced contribution rates to EPF and early withdrawal modalities from their accounts formed an important part of Malaysia’s response to the pandemic.

The World Bank also recommended the setting up of a broad tax-financed social pension programme to boost income security for the most vulnerable Malaysians among the elderly.

For example, it suggested that a RM350 per month targeted pension be given to the B40 elderly using the existing Bantuan Sara Hidup system.

The report said despite gradual efforts to broaden the coverage of the EPF, many lower income Malaysians may still get sidelined.

During the online presentation of the report, World Bank Group’s practice leader in human development Achim Schmillen said Malaysia already has strong institutions to ensure income security for the elderly.

However, the study has found that contributions to such retirement funds were slightly below international trends – about 40% of the Malaysian labour force were not covered.

“Therefore, it is a huge policy agenda to ensure adequate income security during old age for the B40.”

Other report recommendations for better income security include having clear, integrated systems for old-age income protection, with defined roles for the different institutions providing the service.

Aside from broadening coverage, the report also recommended the registration of all workers to EPF before the government grants business licences or government contracts.

Besides the findings on income security, the report had also said that, without proactive policies for the ageing population, a third of the expected decline of the country’s GDP growth in the future could be down to ageing.

This is because of the slower population growth and the expected lower labour participation among the elderly as the country becomes an aged population.

The report also observed that ageing threatens to increase poverty and vulnerability among older persons, especially those who are frail and in need of aged care and long-term care services.