Brutality against migrants should spur us to act for change 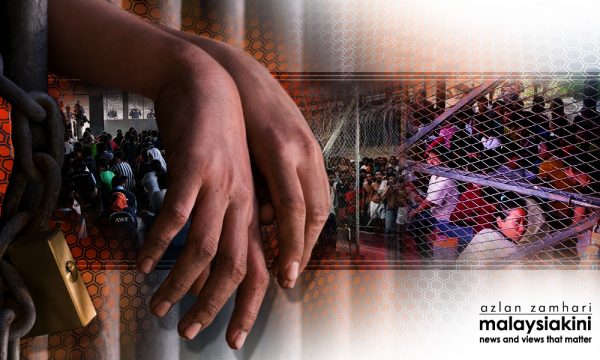 COMMENT | The human rights aspect of this brutality alone should spur us to vigorous action and advocacy for change.

That said, we have seen that such language and concepts are not always helpful in effecting change among the powers that be.

International shame always helps though, so hopefully there will be more reports such as the one in The Guardian.

Perhaps the government can also be motivated to start seeing undocumented migrants as a resource, rather than a drain on resources.

These detainees are not militants like the one who invaded Sabah. Any of them found guilty of a crime not related to immigration would be in prison instead.

These are just normal everyday people who were forced to leave their lands of birth, probably at great cost to themselves, for the minute chance of earning enough to create a better life for themselves and their families.

As clearly demonstrated by the prevalence of cheap foreign labour in Malaysia, almost all of them are willing to work hard, and generate value in our economy.

Surely, if we are sincere in our intent, there must be some way to leverage this willingness in a mutually beneficial way economically?

Abusers poisoning their own families

One aspect of this crisis that is often overlooked is a hidden cost of allowing these abuses to continue.

Imagine working at one of these detention centres. From the accounts gathered, it sounds like there is scant chance of being a professional, engaged in dignified work and an honest living.

More likely, you are either engaged in abuse and exploitation, or complicit in it. After all, there is clearly no series of exposes or protests by detention guards about the actions of their colleagues, or the conditions in these camps.

We should consider what living like this is doing to these individuals, and to their families and loved ones around them.

One does not go to work in the morning, surround oneself with abuse, exploitation, rape and forcing other human beings to live in degrading squalor, and then come home unaffected, to lead a normal, healthy family life.

What you get instead is at best a damaged, dehumanised individual, and at worst, one who takes the practice of abuse home as well.

How many Malaysian men and women – immigration officers, police, prison guards, Rela members – are leaking poison into their families and the rest of Malaysia’s social fabric this way?

We owe it to them, as well, to put a stop to what is happening at immigration detention centres and elsewhere. Dehumanisation is never a process that only works in one direction…