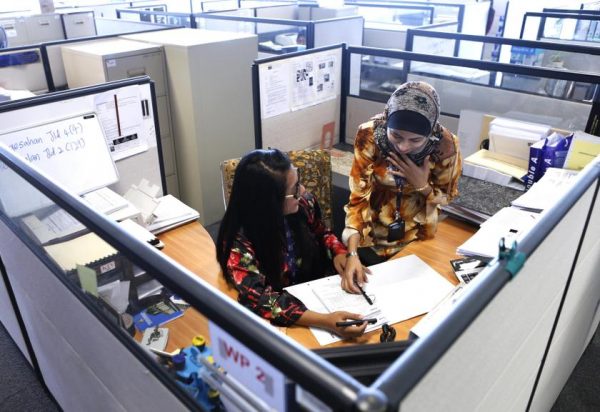 PUTRAJAYA, May 17 — Invoke Centre for Policy Initiatives (I-CPI) has proposed a Fair Work and Career Opportunity Act to create diversity in the workforce and to tackle racial discrimination.

In a handbook titled A Guide to Rebuilding Our Nation (Vol 1), I-CPI also called for the establishment of an Equal Opportunity and Diversity Commission (SKKPK) to formulate laws and regulations to combat workplace discrimination and to act as a tribunal to ensure employers in the country do not discriminate based on religion, sex, race and disability.

“The principle is simple: every one must be treated fairly and not discriminated against because of race, faith, sex of differing abilities at any level of their career, from the start of them applying for jobs right till resigning. The principle of a fair work opportunity must become the rights of all workers be it those in the civil service or the private sector.

“Once the law has been formulated, the government can fix a general guideline on what is discriminatory and illegal,” the book’s authors PKR vice-president Rafizi Ramli and ex-corporate lawyer Eric Lee said.

The authors then listed down what they termed as ‘direct’ and ‘indirect’ discriminatory practices, which includes the segregation of workers according to race, different salaries and positions to workers of different races despite them doing the same job as well as hiring policies which grants advantages to one race or group.

Direct discriminatory practices included firing a worker for turning up late for a meeting when the scheduled meeting time coincides with prayer hours.

In the book, Rafizi and Lee also called for the introduction of a Diversity Index for big employers, such as those who have SIRIM (Scientific and Industrial Research Institute of Malaysia) accreditation.

“For example, SKKPK can fix a rule that all companies with more than 500 workers, must file an annual Diversity Index which lists a breakdown of their employees based on race, sex, faith and differing abilities, according to their positions.

“SKKPK will then audit the Diversity Index of these big companies, once every five years to ensure the information declared is true and in accordance with the regulations in the Act,” the duo wrote, adding that the types of incentives which can be given for excellent companies include tax reliefs for efforts to abide by the workforce diversity law, and other timely perks.

The authors also suggested that the government can also play a role by imposing that only companies which abide by the workforce diversity law can bid for its large scale projects.

Acknowledging the possibility of the Malay community worrying about losing their monopoly in the civil service, the authors said that there are many more jobs in the private sector for Malays.

They also warned that it is “dangerous” for the Malays to continue depending on government positions.