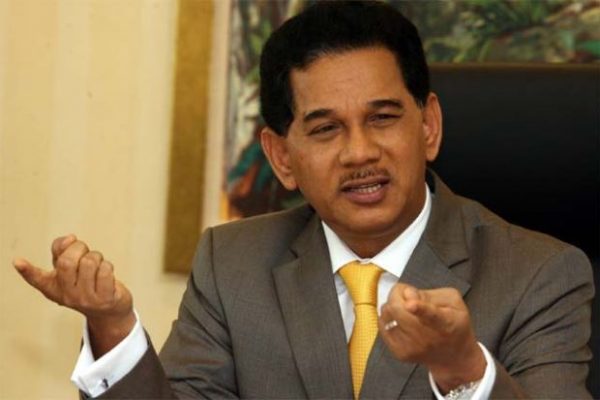 chief executive officer Datuk Seri Zukri Samat (pic) said: ““We are currently working on the details of BIMB’s restructuring. We are now in the midst of reviewing the structure and will decide on the best way to go forward.”

“We are currently working on the details of BIMB’s restructuring. We are now in the midst of reviewing the structure and will decide on the best way to go forward.

The outgoing Zukri was speaking to reporters after BIMB’s AGM. His tenure as BIMB group CEO ends by the end of June this year. He will be going on long leave from next week.

It has been reported that BIMB is considering a sale of a stake in its subsidiary Takaful Malaysia and has reached out to banks for advice.

When asked about the reason prompting BIMB to pursue a review on the group’s structure, Zukri said the move was necessary to ensure compliance with relevant laws and regulations.

“We are reviewing BIMB’s structure to make sure it is in line with the obligations and responsibilities of a financial group as mandated by the Financial Services Act 2013. Apart from that, we are also doing this to see whether the current structure maximises value for shareholders,” he added.

BIMB has also mulled the transfer of its listing status to wholly-owned banking arm, Bank Islam. The idea of Bank Islam assuming BIMB’s listing status was bandied about four years ago when BIMB bought the remaining 49% stake in the bank that it did not own.

Several bank-holding companies have transferred their listings to their banks, including RHB Capital Bhd to RHB Bank Bhd and Alliance Financial Group Bhd to Alliance Bank Malaysia Bhd, while Affin Holdings Bhd plans to do the same.

BIMB recorded a 2.1% higher net profit of RM559mil for the financial year ended Dec 31, 2016 (FY16) compared with the previous corresponding period. This was on the back of revenue growing by 6.6% to RM3.53bil.

Moving ahead into FY17, BIMB anticipates earnings to reach another new high, even as its financing growth shows signs of slowing down.

“Our main operating subsidiaries, Bank Islam and Takaful Malaysia, kept up the earnings momentum in the first quarter of 2017 to deliver stronger earnings for the group.

“We believe that by staying focused on the group’s strategic strengths and building on this positive momentum, they will be able to steer the group to post another year of record earnings,” said Zukri.