Fed up with no action from govt, NUBE goes to ILO 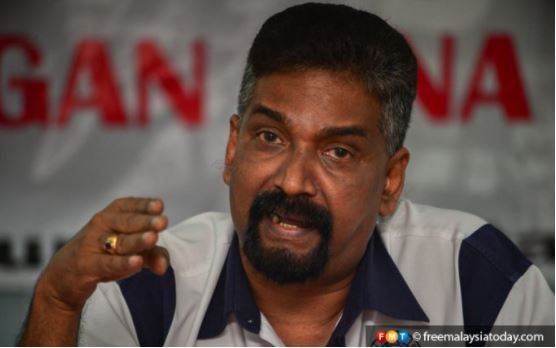 PETALING JAYA: The International Labour Organisation (ILO) is looking into complaints filed by Malaysia’s banking union, who have cited the human resources ministry’s failure to enforce the protection of their members in a number of disputes with HSBC bank.

The National Union of Bank Employees (NUBE) said it was forced to take it to the international body after the human resources ministry and Bank Negara had not acted on several of its complaints to them.

NUBE general-secretary J Solomon alleged that the ministry had not enforced their collective bargaining agreement with the bank, stopped HSBC from outsourcing work at the expense of Malaysians or protected NUBE’s right to negotiate with the bank.

“The ILO had written to the government earlier this month requesting an explanation over its handling of the HSBC disputes. The Malaysian government will face the ILO Committee on Freedom of Association (CFA), an internal judiciary system on the ongoing dispute between NUBE and HSBC.

“The supervisory committee will assess the failures by the government and make recommendations to resolve the dispute. It will also make the necessary proposals to respect trade union and worker rights,” he said.

He said these violations are in particular against ILO Convention No 87 and 98 which provide for the right to collective bargaining and the right to freedom of association.

“Malaysia has ratified Convention No 98 on the right to collective bargaining which means it is obliged to have its law and practice in line with it.”

Among others, he said the union wants the government to be compelled by the ILO to:

· Take appropriate measures to resolve the HSBC dispute with NUBE, and for all workers who were terminated as a result of industrial actions be reinstated with back pay and adequate compensation;

· Ensure HSBC withdraws its voluntary separation scheme and immediately enters into negotiations with NUBE; and,

· Ensure that HSBC immediately stops all its outsourcing exercises.

Among their disputes with HSBC include the bank “aggressively” outsourcing work both, domestically and abroad, “at the expense of local workers”, which NUBE claims is part of a cost-cutting exercise.

“This outsourcing practice has caused many B40 and M40 employees in particular from HSBC to lose their jobs while more are expected to be lost in due time. This was against the collective agreement signed between the bank and the union.”

Solomon said this practice could also raise security questions, as personal data such as phone numbers, addresses and salaries would be made available to foreigners.