The government’s disregard for the common people laid bare 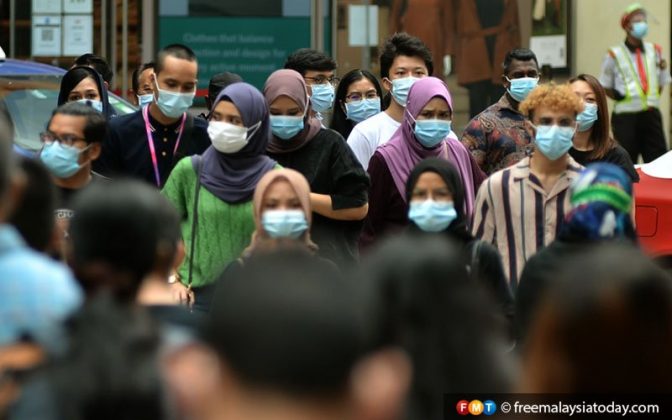 A succession of Malaysian governments have failed to report on certain requests by the International Labour Organization (ILO), pertaining to employment relationships and harassment and violence since 2006.

The hope that was placed on PH for better governance makes their failure during their tenure to be particularly disappointing.

They should address the matter publicly, accounting for what actually transpired where this matter is concerned during their short time in government.

Given its pathetic record, we cannot expect BN, or what is left of it, to even so much as attempt to disclose what happened when they were at the helm.

That the executive branch of the governments at various points, where the human resources ministry has to be held responsible, saw it fit to ignore such requests speaks volumes of the attitude towards workers and the common people – without whom they would not have been in power.

The current human resources minister M Saravanan must actually think that the people are so ignorant to believe his story that the delay to submit such reports has to do with the prorogation of Parliament.

Was he intending for the reports to be tabled in Parliament to be debated? Perhaps he could convince Prime Minister Muhyiddin Yassin to reconvene Parliament for this purpose.

The total failure to be transparent in making a submission on basic elements of human rights involving employment relationships, harassment and violence necessitates the question on what is being hidden by the government.

We cannot expect a government who lacks any moral legitimacy to be interested to answer such a question.

Workers and the common people of Malaysia have long been subjected to the unfortunate consequences of a corrupt and unholy alliance between political and business interests.

A review of how government-linked companies (GLCs) have been set up and run throughout the past few decades will provide the public with a clear idea of how the taxpayers have been shortchanged.

The entire employment construct in the country needs an overhaul, and I suppose this can only happen when we have a government elected by the people in place.

Globally, it is evident that the global citizenry has lost confidence in the current international trade, economic and political order, which has benefited the 1% at the expense of the 99%. This is no different in Malaysia.

Workers in the country need more rights that can be enforced and also, better representation.

What is also interesting is the deafening silence on the part of the Malaysian Trades Union Congress (MTUC) on this issue as well as other matters afflicting workers in the country.

Perhaps they are adopting a novel approach of staying “elegantly silent” in order for the backdoor government to do something good for the workers.

The people and workers of the country need to know about the stand of the MTUC on matters impacting workers in the country.

A socially distanced approach from the affairs of the workers is not right.

For all the criticisms leveled against the MTUC over the past decades, it has never been afraid to take a position on matters such as these.

The MTUC needs to be careful so as not to become a pliant tool of the government.

Muhyiddin should step in to address the matter of the reports to the ILO, and also make a summary of it available to be scrutinised by the Malaysian public.