Remembering ‘King David’ of the unions 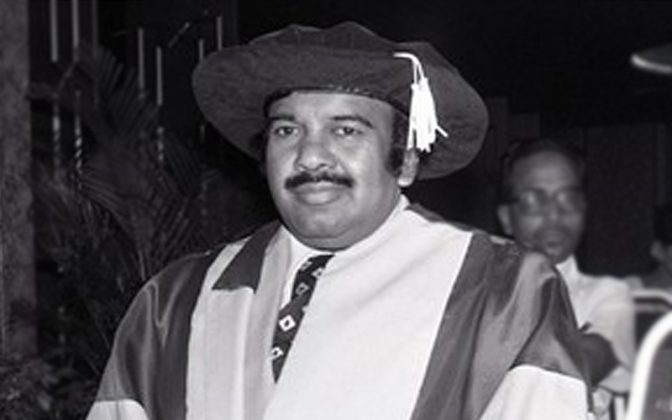 PETALING JAYA: It was nearly 50 years ago when J Solomon first heard V David speak, at the field of the Taman Free School Flats in Penang – but it was a moment that would inspire him for decades to come.

“He spoke about the plight of the common man with compassion and was very fierce in his criticisms of the powers that be. As a young boy, he left quite an impression on me,” said Solomon, who would later follow in David’s footsteps to become a unionist and Malaysian Trades Union Congress (MTUC) secretary-general.

“Anyone who had listened to David knew he had the interest of the man on the street at heart. That is why the people gravitated towards him. It is sad that his sacrifices and contributions to workers did not get due recognition.”

David, who grew up in poverty in a squatter settlement in Old Klang Road, in Kuala Lumpur, was involved in trade unionism and political activities from a young age, providing villagers at the settlement with advice and guidance.

In 1953, he set up a union known as the Selangor Mill Workers Union (SMWU), before furthering his studies in economics and politics in the University of Louisville, Kentucky, in the United States a year later.

Later, the SMWU would merge with another union to become the National Union of Factory and General Workers (NUFGW), which David led.

The union became very popular but David’s vocal stance did not please the authorities. And it wasn’t long before he was detained under the Emergency Ordinance in 1958.

It was not the last time that David would face arrest and detention. He was also arrested under the Internal Security Act in 1964, in 1969 following the May 13 riots, and in October 1987 under Ops Lalang.

Under Ops Lalang, David was detained for 222 days and upon his release, continued to fight for workers’ rights.

David’s arrest in 1958 only made him more popular and he was later invited to join the Transport Workers Union (TWU) before standing in the 1959 general election as a member of the Labour Party. He won the Bangsar parliamentary and Pantai state seat that year – at the age of 26, becoming one of the youngest ever MPs.

Solomon said many in the country are not aware that David was the main leader who pushed for Labour Day to be recognised as a public holiday, at a time when anything tied to socialism was viewed with suspicion.

In the mid-1960s, the Labour Party’s registration was cancelled, and David, along with other leaders like Dr Tan Chee Khoon and V Veerappen joined Gerakan ahead of the 1969 general election.

A split in that party led to them leaving and setting up the Malaysian Social Justice Party (Pekemas) in 1972.

Pekemas did not fare well in subsequent general elections and in just 10 years, the party was history.

David then moved to DAP and continued to serve as an MP until 1990.

Throughout his political career, “King David” as he was known among local and international trade union circles, continued to remain active in unionism.

He served as the TWU general secretary, and also vice-president and later secretary-general of the MTUC. He was also elected to the International Labour Organization’s governing body.

“He played a key role in setting up the Workers Institute of Technology (WIT) in Port Klang, which served to provide education opportunities for children of workers,” said Solomon. “He went all over Klang, going from door-to-door to raise funds to set up WIT.”

David opted out of the 1995 general election for health reasons, and over the years, his health worsened. He died on July 10, 2005.

“Despite his contribution to the betterment of workplaces and worker welfare, V David’s legacy is sadly, largely forgotten.”

Another veteran unionist, N Gopal Krishnam urged the Selangor government to honour David by naming a street after him either in Petaling Jaya or in Puchong.

Gopal, who is co-chairman of the Labour Law Reform Coalition, recalled that the MTUC made such an appeal in 2009, a year after the then Pakatan Rakyat state government was voted into power. They had hoped to have Jalan Barat in Petaling Jaya renamed after David.

Gopal, a former MTUC secretary-general, said there was no reason for the state government to delay its decision. But it did, and as a result, King David remains a forgotten man, only to be recalled on Labour Day, which is a national holiday because of him. 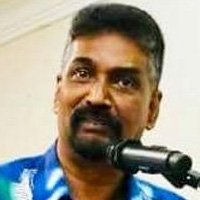