With unemployment on the rise, it’s a sad Labour Day, says Anwar 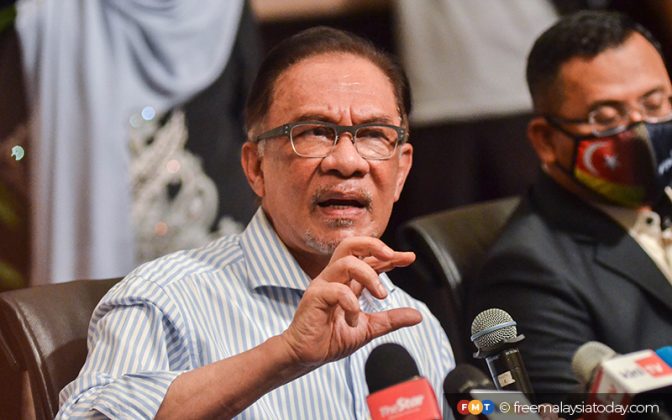 The PKR president said that many of those who had been working for the past two years were now without jobs, with almost 800,000 unemployed.

There were also some 70,000 unemployed graduates.

“And we find many are out of work or are now working only part-time. Some are forced to take unpaid leave because those at the top are not sensitive to the plight of those below them.

“Normally, the political elites only look out for those at the top,” he said in a short video.

Anwar went on to call for unions to be strengthened to ensure the rights of the workers are protected and wage negotiations take place.

Last month, the Statistics Department said the unemployment rate remained high in the first quarter of 2021 although the number of employed persons continued to record marginal growth of 0.2% in February when compared with January.

However, finance minister Tengku Zafrul Aziz said Malaysia’s unemployment rate of 4.8% in February was better when compared with other countries.