MTUC to human resources minister: Intimidating us only makes you and Putrajaya look bad 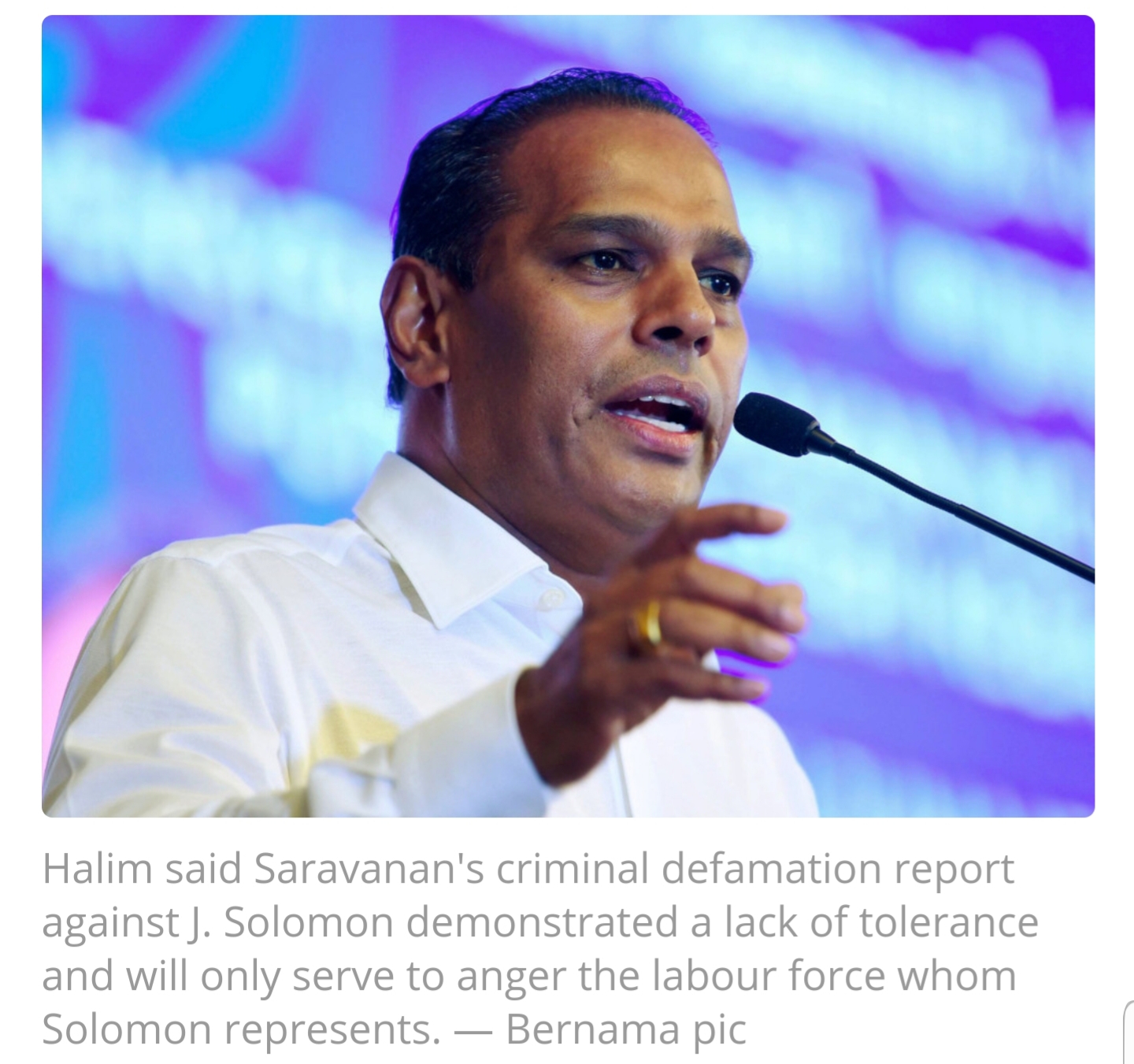 He said the move showed the ministry, minister and the government in bad light, because instead of taking criticism and learning from it, they wanted to muzzle them.

Halim, in a statement, said Saravanan's criminal defamation report against J. Solomon demonstrated a lack of tolerance and will only serve to anger the labour force whom Solomon represents.

“Over the last month, the number of workplace Covid-19 clusters has been on the rise and, naturally, unions have every right to bring up issues concerning the workers, especially the lowly paid ones, who depend on the employers for reasonably clean and comfortable housing.

“There is absolutely nothing wrong with his proposal and to make a report for criminal defamation only shows that the minister is intolerant, something that does not augur well for the Malaysian workforce that is already under severe stress now because of the Covid-19 pandemic.

“MTUC is absolutely flabbergasted with his move at a time when the ministry should be seeking the help of unions to make their lives easier, and not go to police to try and shield them from legitimate criticism.

“I wonder if the minister is being told the exact sentiments of workers on the ground by his advisors. Maybe Saravanan is not aware but his act of lodging a report against a senior and hardworking trade union leader has only upset the workforce and workers who are already angry and upset. This action will create more resentment against the government obviously,” he said.

Yesterday, the police called up Solomon following Saravanan’s report against him for slander. Solomon had pointed out Saravanan’s apparent failure to protect the labour force over the suspension of the workers’ minimum standards of housing regulation.

Solomon, in his capacity as general secretary of the National Union of Bank Employees, was critical of Saravanan’s freeze of the regulation until the end of the year, citing it as among the main reasons for the current Covid-19 spike.

Halim said he was very disappointed with Saravanan’s actions, adding that a union rep’s job is to highlight the difficulties faced by workers, while scrutinising government action and its implementation of labour laws.

He asked Prime Minister Tan Sri Muhyiddin Yassin to tell Saravanan to listen to the unions and not cut them off with intimidation tactics.

“No one should under-estimate the sufferings the workers are going through and the anger that is building up on the ground. Saravanan should immediately withdraw his unsavoury action against Solomon and the workers and mend the fence instead of damaging the relationship that is vital for a harmonious industrial relationship for a progressive nation.

“All he should do is call us up when he is not happy with our views so that we can discuss and make lives better for the workers. He must come down from his ivory tower and see what is happening on the ground. It is really bad, to be honest,” he added.