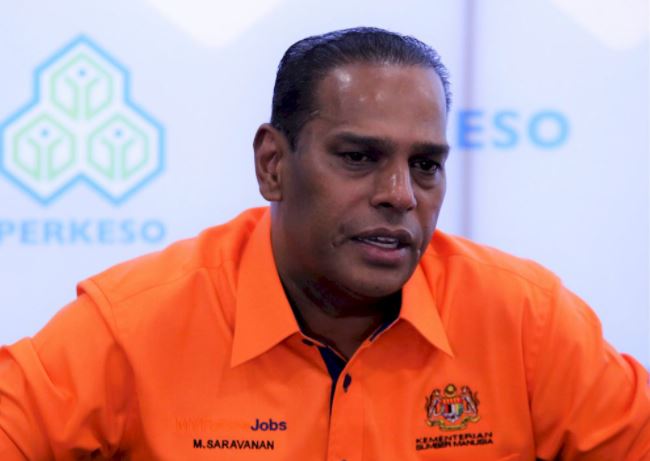 In a statement, Solomon accused Human Resources Minister Datuk Seri M. Saravanan of taking matters into his own hands without proper explanation when the amendments were supposed to take place in February 2021.

“The announcement by Saravanan on April 22 to postpone the enforcement of Act 446 until December 2021 clearly runs counter to the said law promulgated under the Emergency Ordinance by his Majesty the Yang di-Pertuan Agong.

“The minister appeared to have taken on himself to reverse the enforcement of Act 446 which was proclaimed by the YDPA. He has arbitrarily agreed for the enforcement of the law to be postponed until the end of the year despite the rising numbers of Covid-19 clusters involving workers.

“We feel this is a serious violation by the minister that goes against the federal constitution and the laws of the country,” he said, adding that Saravanan must explain his actions.

Act 446 was introduced to address the poor living conditions of foreign workers in Malaysia as the often-cramped accommodation was seen as a hotbed of Covid-19 infections.

It was implemented to address housing management issues through stricter enforcement.

Saravanan had said in April the government agreed to relax the enforcement of rules governing the workers' housing standards. The move was welcomed by the Malaysian Employers Federation whose president said it would provide more time for employers hiring local and foreign workers to ensure they were vaccinated and avoid being slapped with heavy penalties under Act 446.

Solomon called out Saravanan over this move and the latter has lodged a police report against him.

“The minister lodged a police report against me for allegedly slandering him over the issue. I have told the police that I did not slander him but merely asked him to reinstate the enforcement of Act 446.

“The police report made against me is malafide and malicious therefore I shall continue to defend my stand,” he added.