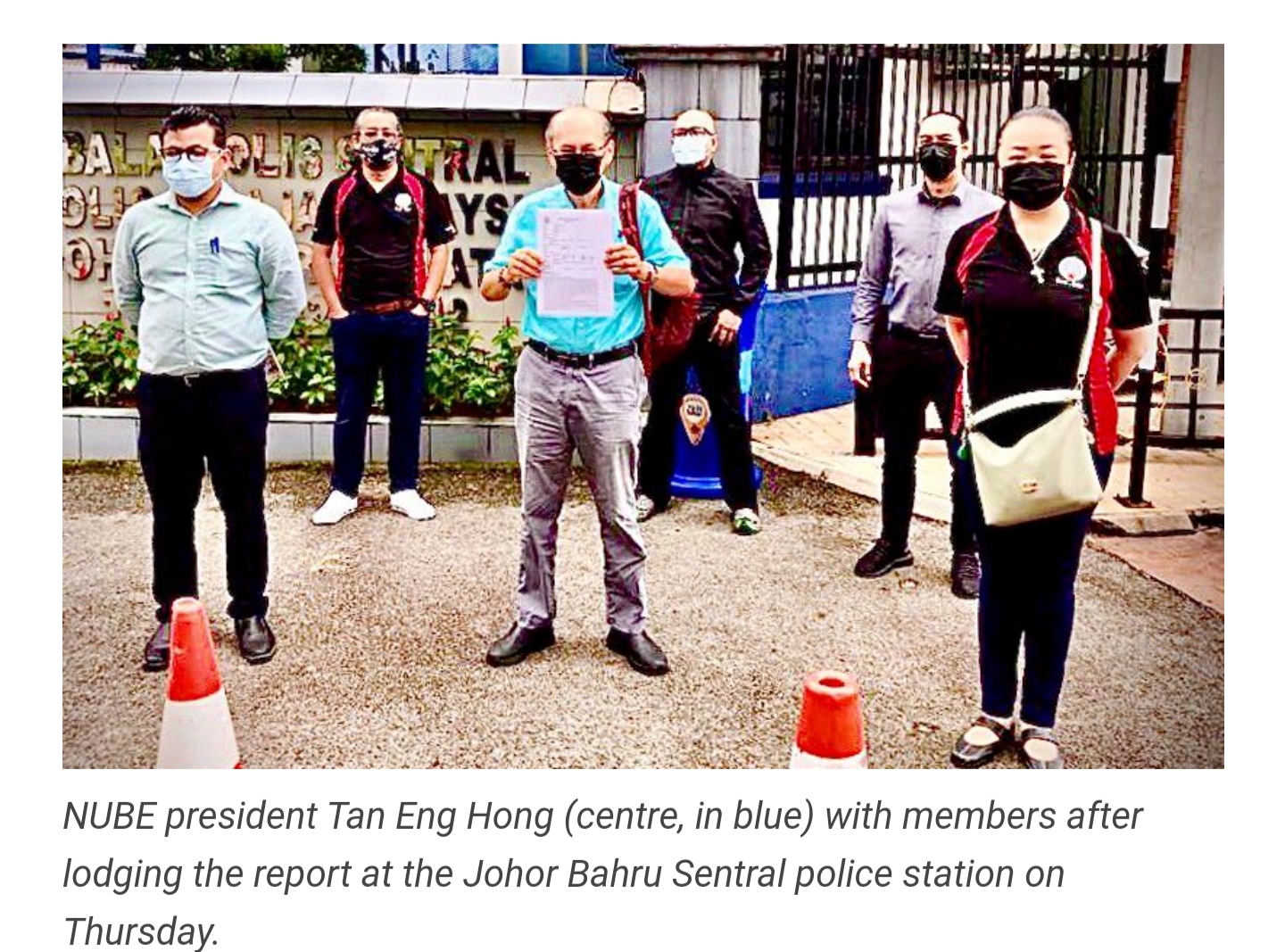 PETALING JAYA: Five national leaders of the National Union of Bank Employees (NUBE) have lodged police reports against human resources minister M Saravanan for what they allege was an intimidation of unions following his report against their general secretary J Solomon.

The leaders told police that the minister’s report against Solomon two weeks ago for a statement he made on behalf of workers in the country was tantamount to stopping union leaders from questioning the minister and the alleged suspension in the enforcement of Act 446.

In his report, for which police have begun investigations, Saravanan claimed that Solomon had slandered him and misled the public when he made a press statement questioning the minister’s decision to suspend the enforcement of Workers’ Minimum Standards of Housing and Amenities Act 1990 (Act 446) 31 Dec 2021.

“The decision by the minister to postpone the enforcement of Act 446 until December 2021, defies the Ordinance promulgated by the Agung.

“It is expressly stated in Clause 1(2) of this Ordinance that this Ordinance comes into operation on 26 February 2021 and Clause 2(2) states that this Act is applicable throughout Malaysia,” they said.

Tan said NUBE takes this police report lodged by the minister as an intimidation tactic to silence union leaders from raising concerns regarding the housing plight of workers especially during the worsening Covid-19 pandemic.

“We call upon the police to investigate the reports lodged by the union leaders against the minister without fear or favour as it is the lives of the suffering workers that we are concerned about,” he said.

Meanwhile, Saravanan yesterday denied that the enforcement of Act 446 to ensure minimum housing standards for workers had been revoked or suspended.

He was speaking to reporters after leading an operation to check on compliance with the Employees’ Minimum Standards of Housing, Accommodations and Amenities Act 1990 (Act 446) and movement control order (MCO 3.0) in Seri Kembangan.

FMT has reached out to Saravanan for further comment.