Adham Baba, Noor Hisham named to WHO executive board 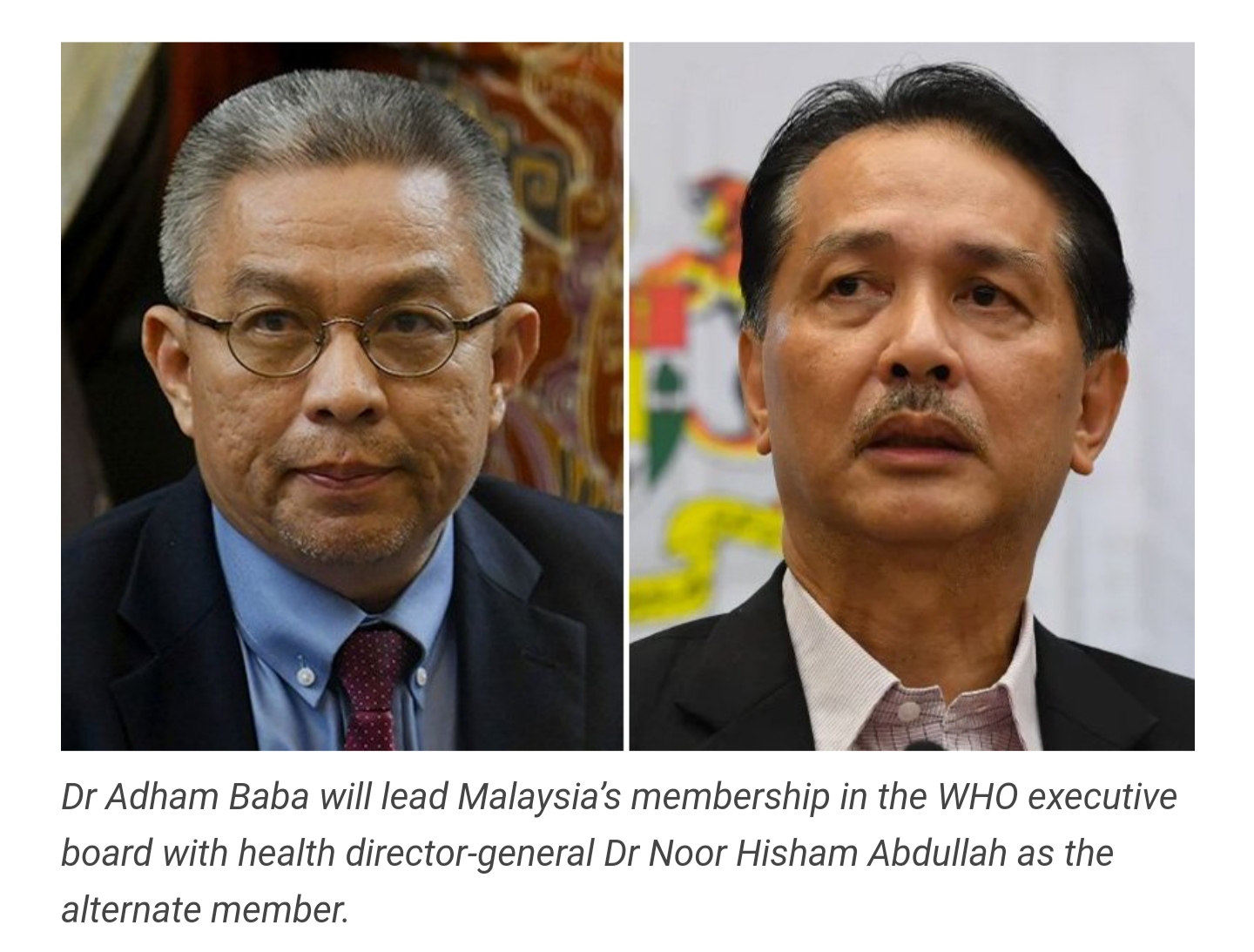 PETALING JAYA: Health minister Dr Adham Baba is now an executive board (EB) member of the World Health Organization (WHO), after Malaysia and Japan were named as the board’s new members.

He is among 34 “technically qualified” individuals who were appointed to sit on the board for a three-year term.

In announcing Adham’s appointment to the post, health-director general Dr Noor Hisham Abdullah said the WHO executive board endorsed Malaysia and Japan as new members for the 2021-2024 term.

“Malaysia’s EB membership is led by the minister of health Datuk Seri Dr Adham Baba, with the director-general of health as the alternate member,” he said in a Facebook post.

The main function of the EB is to implement the decisions and policies of the World Health Assembly.

EB members are also to advise it and facilitate WHO’s work, he said.

Noor Hisham went on to say that Malaysia had previously served on the executive board three times.

“We will do our best for the Western Pacific Region to support the regional vision.”

He said Malaysia will also advocate for safe and affordable surgery as outlined in the Action Framework for Safe and Affordable Surgery in the Western Pacific Region (2021–2030) which was endorsed in 2020.