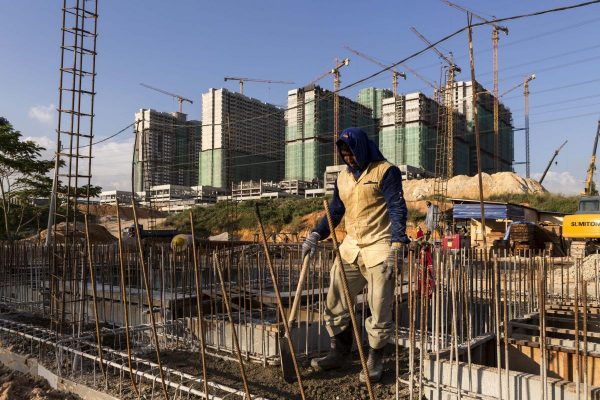 The introduction of interest-free housing loans for low-income staff of the two largest lenders in the country has been met with approval from union groups, along with anticipation for further adjustments and expansion in time to come.

On April 29, CIMB Group Holdings Bhd announced that beginning May 1, employees earning not more than RM3,500 per month would enjoy 0% interest on their housing loans not exceeding RM250,000 for a maximum of five years or three years for completed properties.

Subsequently, Malayan Banking Bhd (Maybank) said it would offer 0% interest for the first RM100,000 on staff housing loans for selected categories effective July 1, applicable for new and existing loans of Maybank employees in Malaysia with a basic salary of up to RM3,000 monthly.

National Union of Bank Employees (NUBE) president Michael Tan Eng Hong said the union was highly receptive towards the recent announcements by CIMB and Maybank as it had long been lobbying for improvements in staff benefits.

“This is a breakthrough in the industry. It’s not easy convincing banks to come up with a 0% interest plan,” he told The Malaysian Reserve (TMR) when contacted yesterday.

Tan said the interest-rate plan was not in the collective agreement between the banks and the union, although NUBE had written to the banks to raise awareness of the need for employers to provide financial assistance to all employees, particularly those from the lower-income group.

“The scheme was not in the negotiations — it was something the banks came up with on their own. As far as we are concerned, this is a good starting point and we welcome the move,” he said.

Now that CIMB and Maybank, the country’s second-largest and largest banking groups respectively, have started the ball rolling, other domestic banks are expected to come forward with similar offerings soon enough.

“Since the big banks have already set the plan in motion, we hope the other banks will follow suit,” Tan said, adding that there was no reason for other banks not to introduce interest-free housing loans for staff.

“Although other banks may have less capital, one can always argue that their overhead cost is lower compared to bigger banks with more employees. We do not see why the smaller banks should not come up with similar plans,” he said.

Going forward, the union remains upbeat on the possibility of the scheme being extended to other income brackets.

Local Maybank group employees with a basic salary of up to RM3,000 per month are eligible to apply for the special interest-rate housing loans, while CIMB staff earning not more than RM3,500 per month are entitled for the scheme.

“This is a good starting point. We do hope that in the near future the banks will review and revise this product, perhaps extend it, to suit employees’ needs where necessary. However, this will likely take place a few years down the road,” Tan said.

He noted that other government-linked companies (GLCs) are also gravitating towards the trend, in line with the government’s efforts to provide more incentives for workers.

Malaysian Trades Union Congress president Abdul Halim Mansor urged GLCs and other financial institutions to look to the example set by the banks.

“Employers should see this not as negotiation material but as an obligatory provision because houses are a need, not a luxury, and employers are responsible for their workers’ welfare. CIMB and Maybank initiatives are very positive and will change the attitude of workers toward their employers,” he told TMR yesterday.

“EPF has a wider scope of provision as they can deduct the downpayment on homes from employees’ savings. They also have more workers than CIMB does, so it would benefit more people,” he said.