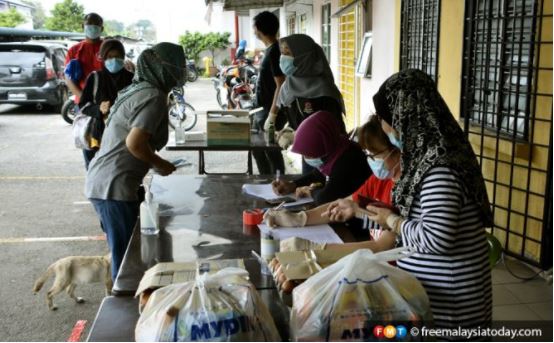 PETALING JAYA: An economist has sounded the alarm over the fate of the people during the lockdown, particularly those whose incomes are being affected.

Speaking at a virtual forum hosted by Sunway Project for Asian and International Relations, Nicholas Khaw, the head of research at Khazanah Nasional, said the priority now should be the people, rather than the larger economy.

“We should not worry too much about the economy. We should be concerned more about the people,” he said at the forum titled “Pandenomics: Global Economic Sentiment to Covid-19”.

Khaw said the immediate focus was ensuring that people had food on the table and that their children could get an education.

He said many people and businesses who dipped into their savings and reserves to survive earlier rounds of lockdowns may not be able to do so again.

“There’s only so much you can take from your own Employees’ Provident Fund, which is actually borrowing from yourself … it is not a direct fiscal injection.

“If things continue the way it has, I think whether the economy collapses or not will not matter, because people would have collapsed first before that.”

There have been increasing calls for the government to disburse more aid and expand the loan moratorium to cover a wider section of society to help people and businesses cope with the latest lockdown, which has been extended by another two weeks to June 28.

Khaw said one reason why Malaysia was susceptible to the crisis was because a large chunk of the work here was in the non-essential services.

“In Singapore, for example, they deal with a lot of business and financial services. So, a large number of people can work from home.”

In Malaysia’s case, traditional services make up a large part of the services industry, with the food and beverage sector being the largest.

“When the non-essential sectors close and cannot work from home, that is when people really suffer.”

On a question as to when the economy could return to “normal” like in the past, Khaw said the real question was whether Malaysia should go back down that path.

He said Covid-19 had exposed many issues, including that of inequality and questionable labour practices.

Khaw said Malaysia could achieve economic growth, similar to 2019, by doing the same things, though this was not necessarily a good thing.