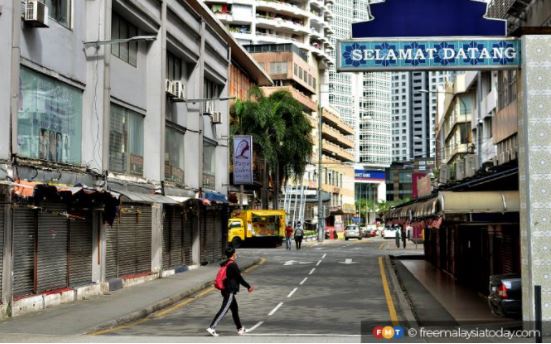 PETALING JAYA: The government should consider ending the lockdown as it looks like it has failed to effectively bring down the number of Covid-19 cases, says the Malaysian Employers Federation (MEF).

MEF executive director Shamsuddin Bardan said the full lockdown with only 17 economic sectors since June 1 had not led to a distinct drop in infections, with cases hovering above 5,000 daily.

“Perhaps the government needs to admit that the lockdown did not meet the desired results and therefore, should not be continued.

“The government should allow all employers that are able to adhere to the SOPs to resume operations immediately to enable them to sustain their businesses,” he told FMT.

Shamsuddin said employers, workers and regular Malaysians were bearing the brunt of the restrictions, as the nation loses up to RM1 billion a day with the lockdown.

He added that most small-medium enterprises (SMEs) were not under the 17 sectors deemed essential, warning that many would not last longer than two months under the lockdown.

“As it is now, it is indeed sad to see that many companies are failing on a daily basis and thousands are on the brink of bankruptcy, which will lead to more damage to the economy, business and employment.

“With the extension of the lockdown, more employers are left without any other option but to close,” he said.

Shaun Cheah, executive director of the Malaysian International Chamber of Commerce and Industry (MICCI), said the 4,000-case threshold set by the government should not be the benchmark for easing restrictions.

Instead, he told FMT that a better benchmark could be based on the rate of positive cases in relation to the number of tests conducted, and urged for extensive screenings in the community.

He added that the government should be looking at the developments in different states or regions rather than the entire nation for the lockdown, to allow areas with lower cases to reopen earlier.

Having been under various movement control orders for more than a year now, he lamented that the state of the economy was “almost irreversible” now.

“If there are a certain number of new positive cases but they don’t lead to many fatalities, should we still assume that ‘the sky is falling down’?” he said, maintaining that policies should be based on data and comparative analysis.

He said a recent survey among members found that more than 70% were not expecting to recover by the end of the year, adding that a quarter of those surveyed were expecting to retrench staff.

“Will the government announce a wage subsidy programme and loan moratorium assistance until December 2021 to support the SMEs that are not allowed to operate?

“While we understand the importance of public health and safety, the incidence of zero risk does not apply. The policies should be directed at mitigating risks,” he said.