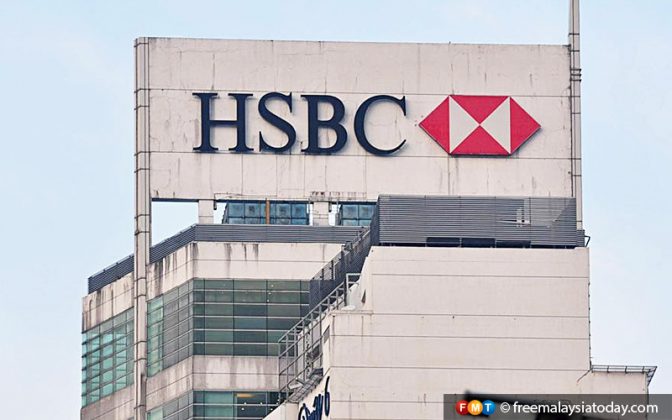 Its general secretary, J Solomon, said that on May 18, 2020, when there were 44 new Covid-19 cases, the King had urged employers not to retrench workers indiscriminately and advised all parties to do their part and make sacrifices to save the nation’s economy.

“However, on June 3, the CEO of HSBC Bank chose to announce the retrenchment scheme for 600 workers just when new cases of Covid-19 skyrocketed to 8,209 with a record 103 deaths.

“This announcement was made despite the huge profit recorded by the bank. Worse, the target groups were the B40 and M40. It is clear that the CEO’s announcement undermined the advice of the King,” he said.

Solomon said that under normal circumstances, the government would have acted immediately to stop HSBC’s act of disobedience.

However, with the record high Covid-19 cases and deaths in June and July, it was evident that the government’s priority had been compromised.

“Despite this, NUBE believes that the police will not compromise in giving adequate protection to the royal institution and the general public.”

Solomon said NUBE was thankful to the 93 officers and members who, in the midst of the pandemic, went to police stations nationwide to lodge their reports.

In response, HSBC said it was making changes to the bank that will involve the creation of more than 200 new roles to adapt to the evolving banking landscape. This would include redeploying people into new roles.

As part of these changes, HSBC said it was offering a voluntary separation scheme to certain segments of its workforce, should redeployment not be possible.

The bank reiterated that it was investing to improve its customers’ experience in doing business with the bank, including its franchise’s technology, branch footprint and workers’ skills.

This included its new Malaysian headquarters worth US$250 million and US$40 million of marked digital investment to 2023.

“We would like to reiterate that the (separation) scheme is voluntary and will only be applied to employees that choose to accept it.”