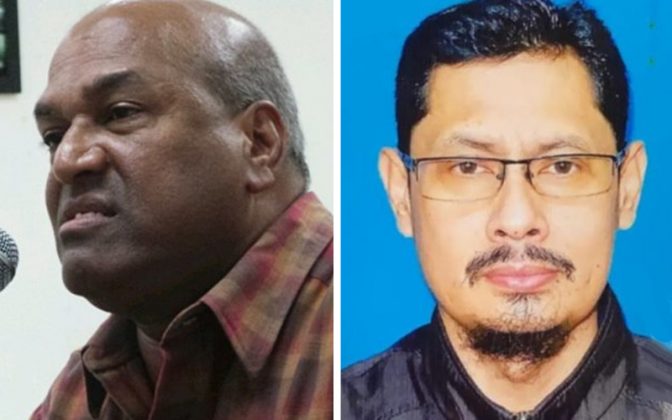 PETALING JAYA: Two general council members of the Malaysian Trades Union Council (MTUC) have broken ranks with the leadership, saying its interpretation of the movement’s constitution on the position of the president is “totally wrong” and claims that it was done to keep a certain faction in power.

The members – A Sivanathan and Ismail Ali – reminded the leadership that incumbent president Halim Mansor did not lose the election last year as there was a tie with his challenger, which they say meant that Halim is the head honcho until he is voted out.

Sivanathan said MTUC secretary-general Kamarul Baharin Mansor’s interpretation of Rule 8 of the constitution to appoint deputy chairman Mohd Effendy Abdul Ghani as the chairman of the general council was also wrong and an abuse of power.

“Section 10(2) clearly states that such an appointment can only be made in the absence of the president in the event that he is indisposed, medically unfit or incapable of carrying out his duties.

“Here, we have the incumbent who did not lose in the election. He is also mentally and medically sound. He is still the president until he is voted out in a re-election.

“So, Halim is the president as far as we are concerned,” he told FMT.

Yesterday, Kamarul had said the council had not appointed Effendy as the acting president but as chairman of the general council in the absence of the president.

Sivanathan said this situation is new to MTUC as no election of top officials had ended in a tie in the history of the congress, adding that “it’s a rotten way” to treat the incumbent president.

Recalling the March general council meeting, he said there was a heated argument when the appointment of Effendy was made despite Halim being present, with at least half of the council members protesting the move.

“At least 15 of the general council members walked out of the meeting after their objections were overruled despite us saying they were going against the constitution,” he said.

Ismail said the general council was only empowered to make a new decision if the existing clauses in the constitution could not resolve any impasse.

“Here, Section 7(13) is very clear on the position of the incumbent president. Section 8 applies only if this fails to resolve the problem. I hope the leadership will stop this factionalism,” he said.

Further, Ismail said Kamarul had failed in his duties as he should have called for an immediate re-election last August as there was no lockdown then.

He urged Kamarul and Effendy to be careful in the way they interpret the constitution as the integrity of the nation’s largest labour organisation was at stake.

The MTUC is embroiled in a leadership tussle that Halim claimed may see the workers being deprived of a representative in the Employees Provident Fund (EPF) Board until the impasse is resolved.

The problem arose when Halim and his challenger, Mohd Jafar Abd Majid, were tied in the last congress election held in August last year, resulting in the general council appointing the elected deputy as acting president pending a re-election.

Kamarul was reported to have said that the MTUC had planned to hold a new presidential election on June 6 this year between the two candidates but this had to be postponed due to the movement control order (MCO).