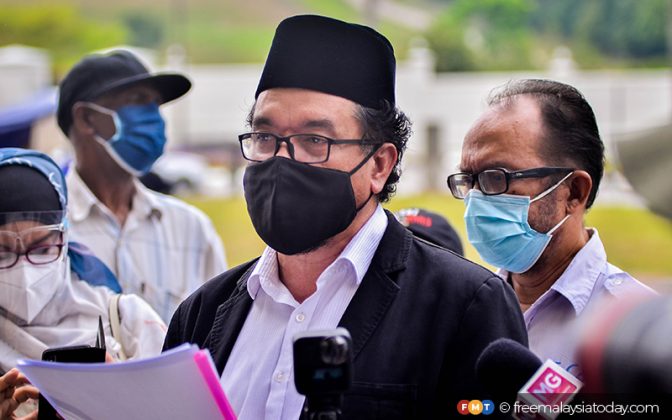 KUALA LUMPUR: A coalition of nearly 40 NGOs has called for government officials going against the Yang di-Pertuan Agong to be sacked immediately.

In a memorandum submitted to Istana Negara this morning, Gabungan Bertindak Memorandum Rakyat Malaysia (GBMRM), said action should be taken against government leaders over the emergency ordinances’ fiasco.

“Strict action must also be taken against the entire Perikatan Nasional (PN) government, directly or indirectly involved in planning this treason on the revocation of the emergency ordinances without the consent of the King,” GBMRM coordinator Mustafa Mansor told reporters after the handing over of the memorandum.

“All of them must be prosecuted and resign immediately.”

The memorandum was the seventh submitted by the coalition since the Muhyiddin administration took over as government.

Yesterday, Istana Negara said the King was aggrieved by Takiyuddin’s statement on Monday over the revocation of the EOs. It said the King had yet to give royal consent for the annulment.

Mustafa said turning their backs on the King was an act of treason and contradicted the principles of the Federal Constitution.

He said the coalition also urged the King to appoint a new prime minister.

“The process of appointing a new prime minister must go through a system of majority support in Parliament, in line with the principles of democracy.

“Any form of immoral political manipulation in the appointment must not happen again,” he said.

Mustafa also said he was confident the appointment of a new prime minister will help overcome the country’s political, economic, social and health crises in a short period of time.