Two men die after falling into manhole in front of mall 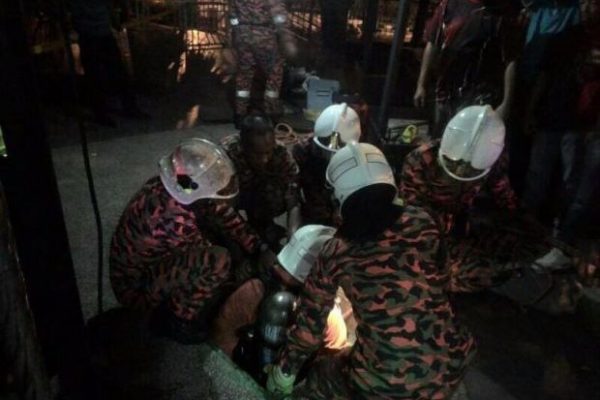 IPOH: Two man died after falling into a manhole in front of a shopping mall here.

The Fire and Rescue Department received a distress call at about 1.34am.

A spokesman for the department said both victims, aged 27, fell into the manhole while carrying out cleaning works.

“When we reached the site, both the victims were at the bottom of the culvert unconscious.

“The victims fell while going down the stairs to get into the culvert without wearing any respiratory equipment,” he said.

He added that both the victims were brought up using a rope tied to their bodies.

“The medical team at the site confirmed that both victims had died,” he added.