Concerns over Asia’s rising debt on US rate hikes 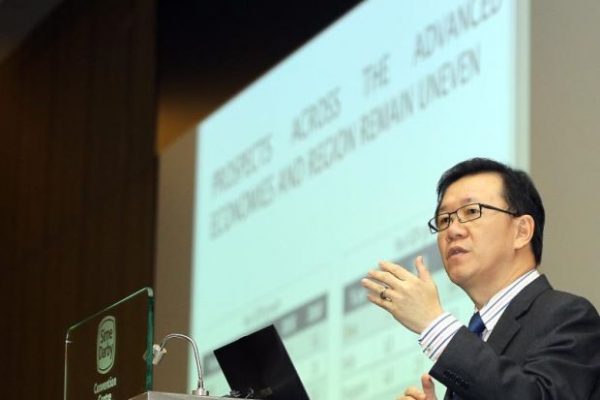 WITH Asia being a major contributor to world growth, its potentially rising debt on expected US rate hikes is a cause for concern as that may be a further drag on its long-term prospects.
“A prolonged period of low interest rates as well as easily available credit in both advanced and emerging economies had lead to rapid debt build-up in parts of Asia. The resultant debt build-up to prop up global growth is now unravelling at the time when global interest rates have risen.
“The tightening of global financial conditions, combined with moderate economic growth could pose a significant drag on growth prospects, resulting in a period of weak consumption and investment growth. However, the impact would vary across countries,” said Lee Heng Guie, executive director, Socio Economic Research Centre.
Bloomberg said that a debt hangover in Asia matters because the region is the biggest contributor to global growth.
Asia’s expansion would probably exceed 5% in 2017 and 2018, compared with about 3.5% for the world, said the International Monetary Fund.
“Emerging markets with dollar-denominated debt will have a hard time paying off the high cost of servicing US dollar debt if US interest rates were to rise higher and the US dollar gets stronger,” said Lee.
Of the almost US$1 trillion in Asia corporate debt that is rated by S&P Global Ratings, and which is due to mature by 2021, 63% is denominated in US dollars and 7% in euros, said Bloomberg.
“This bloated debt issue is most pronounced in China where deep concerns have emerged over its unsustainable debt levels,” noted Lee.
China’s debt to gross domestic product (GDP) ratio rose to 277% at end-2016 from 254% the year before.
“The Bank of International Settlements has warned that China faces mounting risks of a full-blown banking crisis if the authorities fail to curb excess credit and bloated debt,” said Lee.
“Not all Asian countries are highly-indebted. Thanks to the low profiles of governments in many emerging Asian economies and no thanks to their less effective civil service, these countries can only see growth pick up once they get their act together.
“Indonesia is a good example and its move to draw back some or bulk of the capital that flowed out due to the ineffectiveness of its public service in the past, is reversing some earlier losses,” said Pong Teng Siew, head of research, Inter-Pacific Securities.
Among South-East Asian nations, the rise in corporate and household debt in Thailand and Malaysia is of concern. Between June 2008 and June last year, Malaysia’s overall debt load rose to 240% of GDP, up from 173% of GDP, said Bloomberg, quoting a recent Standard Chartered Plc report.
Growth on ‘steroids’ via debt
“The more developed Asian countries have long ago, discovered the secret source of debt-funded growth which, in essence, is growth in steroids. It pulls demand from the future to the present.
“Debt may be necessary to fund acquisition of lumpy infrastructure but even for these investments, the law of diminishing returns has not been abolished. Low returns also affect sovereign borrowers’ ability to repay but the ceiling where their ability to repay affects confidence is also a function of savings; hence, interest rates,” said Pong.
He said that the perceived safe levels of debt is breached at much higher levels although in the private sector where debt cannot be refinanced, this subject must be handled more gingerly.
“The pace of growth of debts in any mature economy should not exceed the growth of nominal GDP,” added Pong.
“It is natural for emerging markets to leverage their capital to ride on the fast growing momentum. So long as the job market and economies sustain at the level of growth without a major financial disaster, debt can be managed,” said Danny Wong, CEO, Areca Capital.
Waning prospect
“The United States has waited too long to raise interest rates. It is in a mature to late stage of its economic cycle. Notice car sales have begun to level off and March saw a tremendous drop.
He said that the Trump stockmarket rally feels very tired.
“Bankruptcies have stopped declining and in March, saw a terrific month-on-month spike, which was significantly higher compared with March last year. Jobs growth has fallen off. I suspect a crunch time of sorts is approaching although the United States is not facing a recession in a year’s time, maybe,” said Pong.
In Asia, he said that slower growth has been evident for a number of years.
“The fastest growing Asian countries no longer boast of above 8% growth, unlike in the 1990s,” noted Pong.
Columnist Yap Leng Kuen notices latest talk that the United States may not be on an aggressive rate path as the US dollar is deemed too strong.