Govt to give Socso ‘power to invest’ 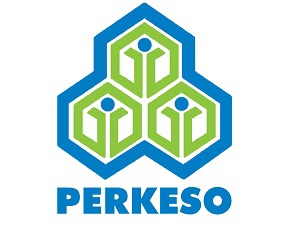 KUALA LUMPUR: The government intends to give the Social Security Organisation (Socso) the “power to invest” through a fund that will be set up under a proposed new law for self-employment.

The Self-Employment Social Security Bill 2017, tabled today in the Dewan Rakyat, among others seeks to set up a Self-Employed Social Security Fund, which may be used for various expenditures including administration, and invest the fund as determined by the Human Resource Minister in consultation with the Finance Minister.

The fund shall be used in investments or securities authorised for the investment of trust funds by any written law including shares and debentures in any public company.

The bill stated that debentures include debenture stock, bond, note or other securities or obligations of a company.

Clause 48 of the bill allows Socso to “accept grants, donations and gifts or bequests made to or in favour” of the fund.

The fund among others consists of contributions payable by the self-employed, rent or any income derived from assets, grants or donations received and any costs from court proceedings.

The bill also gives power to Socso to acquire or purchase properties, enter into contracts, lease, transfer or even disposeany movable or immovable properties.

It is also a new law meant to provide for social security for self-employed drivers including taxi and e-hailing like Uber and Grab.

The law would requires every self-employed person in the “service of carriage of passengers” to register with and pay contributions to Socso.

Under the proposed new act, any person who fails to comply with the requirement would be committing an offence punishable witha fine or/and jail term.

“Every self-employed person shall register with and pay contribution to the Organisation (Socso) in the manner as prescribed for every self-employment activity he is carrying out,” the bill reads.

According to the bill, self-employed in the industry of service of carriage of passengers is by means of public service vehicle or motor vehicle owned, managed or operated by a person.

However, the service of carriage of passengers in this bill does not include a driver, “employed exclusively as domestic servant”.

The bill stated that an offender, upon conviction, would be liable to a fine not exceeding RM10,000 or imprisonment not more than two years, or both.

Human Resources Minister Datuk Seri Richard Riot, who tabled the bill for first reading, said the second reading will be tabled in the same session.