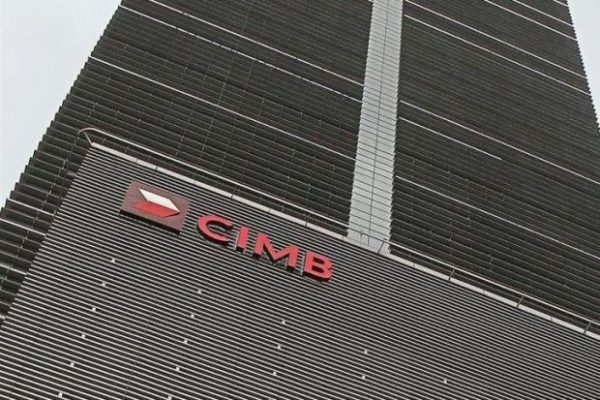 PETALING JAYA: Mitsubishi UFJ Financial Group Inc (MUFG) has emerged as a substantial shareholder in CIMB Group Holdings Bhd with a 5.11% indirect stake.
This follows the acquisition of 24.279 million shares by the Morgan Stanley Group on March 29.
CIMB Group announced to the stock exchange yesterday that MUFG is deemed interested in the shares of CIMB Group held by The Bank of Tokyo-Mitsubishi UFJ Ltd, Mitsubishi UFJ Kokusai Asset Management Co Ltd, Mitsubishi UFJ Trust and Banking Corp (MUTB), and the Morgan Stanley Group.
Bank of Tokyo-Mitsubishi, Mitsubishi UFJ Kokusai and MUTB are units of MUFG, while MUFG holds more than 20% in Morgan Stanley Group.
CIMB Group’s share price has been on the rise, climbing 26.2% or RM1.16 year to date, and hitting a high of RM5.61 on March 30.
The counter closed down two sen at RM5.57 yesterday.
Based on 23 analysts’ recommendations on Bloomberg, the counter had six “buy” calls, two “market perform” and “outperform” calls, one “overweight” and one “trading buy” call.
Among the group’s recent major announcements to the stock exchange was a proposal to enter into a strategic partnership with China Galaxy International Financial Holdings Ltd, a unit of China Galaxy Securities Co Ltd, involving the cash equities business comprising institutional and retail brokerage, equities research and associated securities businesses.
The group announced on March 27 that it is targeting for its agreements, with regard to the strategic partnership, to be executed by the second quarter of 2017.
China Galaxy Securities, which is listed on the Hong Kong Stock Exchange, is one of China’s biggest securities companies.
On March 17, StarBiz reported that the banking group was looking at acquiring Jupiter Securities Sdn Bhd from Olympia Industries Bhd for over RM50mil as part of the corporate exercise to facilitate its joint venture with China Galaxy Securities.