Depression taking root within the workforce. 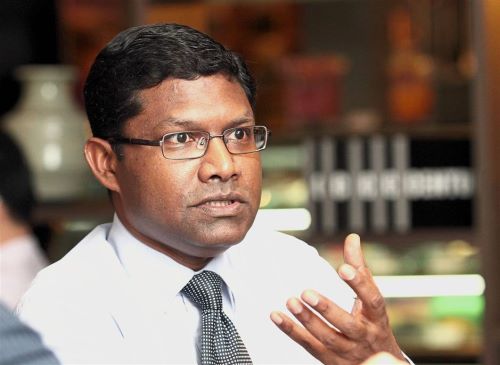 KLANG: Depression will be the No. 1 disability in the world by 2030 and is expected to adversely affect workplace productivity.

“But according to the World Health Organisation (WHO) finding, depression will soon overtake cardiovascular disease in determining the disability-adjusted life year (Daly) of individuals within the workforce of a country,” said Dr Andrew who was previously engaged as a mental health expert by WHO.

(Daly is a formula used to measure the number of years lost by an individual, within the productive age range, due to ill health or early death.)

Dr Andrew said Malaysia is not spared workplace-related depression, which is already taking root within the workforce.

He added that the issue presents a big challenge in Malaysia as there is insufficient recognition of the problem because of its hidden symptoms.

Early warning: Dr Andrew highlighting the potential risk that depression can pose to an individual’s productivity.

“If you look at cardiovascular disease, it is very easy to pinpoint as there would probably be strokes, heart attacks, medical reports, hospital admissions and prescribed medication,” he said.

Dr Andrew said a classic telltale sign of depression is regularly being absent from work or on medical leave due to complaints such as headaches and backaches, which are manifestations of the condition.

Malaysian Employers Federation (MEF) executive director Datuk Shamsuddin Bardan concurred that there is already a visible increase in the number of workplace-related depression cases in the country.

“With the increasing pressure in life, this phenomenon is creeping in and the general finding is that a lot of people are having some kind of depression in their working life,” he said when contacted.

He added that the MEF feels that the matter must be handled in a holistic manner to achieve a win-win situation for both employer and employee.

Shamsuddin said there are a lot of initiatives currently by multinationals and big companies to implement some kind of “work-life balance” in their organisations.

If employers are allowed to fix their own working hours to allow flexibility for their staff, the problem could be overcome, he said.

“The Government must make sure that labour legislation regarding working hours is more flexible so that employers can allow their staff to stagger their working hours to avoid a stressful situation,” he said.

MTUC secretary-general J. Solomon said many employees had confided to their unions the reasons behind their workplace-related depression.

“Tremendous focus on productivity and performance by employers has created mental torture for these affected workers,” he said.

Many employers, he said, set lofty and unreachable targets and the depressed and exhausted employees are forced to put in long hours in their attempts to meet the set target.

“Some employers also demoralise their staff, whom they feel did not meet the set expectations, by humiliating them in front of their colleagues, telling them to leave if they can’t keep up,” he added.

Solomon said some employees resorted to taking constant medical leave because of being depressed and not motivated to work.

Depression: How lack of awareness led to a tragic suicide

Depression: 40% of Malaysians will suffer from mental health issues in their lifetime