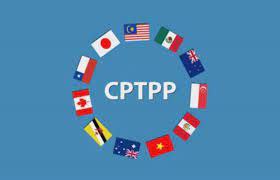 THE ‘pivot to Asia’ has become more explicitly military. As the new Cold War unfolds, foreign policy considerations – rather than serious expectations of significant economic benefits from the CPTPP – have become more important.

Trade protectionism in the North has grown since the 2008 global financial crisis. More recently, the pandemic has disrupted supply chains. With the new Cold War, the US, Japan and others are demanding their TNCs ‘onshore’, i.e., stop investing in and outsourcing to China, also hurting transborder suppliers.

Hence, net gains from joining the CPTPP – or from ratifying it for those who signed up in 2018 – are dubious for most, especially with its paltry benefits. After all, trade liberalization only benefits everyone when ‘winners’ compensate ‘losers’ – which neither the CPTPP nor its requirements do.

With big powers clashing in the new Cold War, developing countries should remain ‘non-aligned’ – albeit as appropriate for these new times. They should not take sides between the dominant West and its adversaries – led by China, the major trading partner, by far, for more and more countries.