Last year, Federal Territories Minister Datuk Seri Tengku Adnan Mansor mooted the idea of setting up a night track for mat rempits to legally race around Kuala Lumpur on their underbone motorcycles, or kap chai, as we are familiar with.

He believes it would “control” their illegal racing nature and touted the dedicated track to be their only form of “entertainment” amidst the rising cost of living.

Then, the winds of change in 2017, recently led the minister to declare a kap chai ban, prohibiting the smaller motorcycles from entering the city centre.

He expressed that it would reduce carbon emission, and although it is still in its proposal stages, the government may prohibit these motorcycles from entering the capital once public transportation reaches a more reasonable price.

“During the day, the population (in the city) increases to between five and seven million because workers commute to work,” he said during the launch of Kibar Bendera Wilayah Persekutuan last week.

“Many cities do not allow kap chai to come in. But studies have shown that a lot of people still need them because they are poor and can’t afford (other modes of transport) as their salaries are low.

“Once cheaper public transport is available, we will be looking at the possibility of not allowing kap chai motorcycles into the city,” he stated.

But what exactly are the public’s thoughts on this?

Motorcyclists Strongly Disagree With The Ban

Malaysian Digest went on ground asking motorcyclists of their opinion on the matter. And from what we have gathered, they unanimously disagreed with this quite drastic notion.

Amir who lives in Kajang and works in the administration at a primary school in Pandan Jaya opened up that he has been using motorcycles as means of transportation to travel back and forth for work.

“I commute via motorcycle to work every day for the past ten years. It is a very convenient mode of transportation and there seems to be no problem. So, why do we need a ban?,” he posed the question.

He further argued that banning kap chais will not solve the problem of carbon emission, as there are other modes of transportation that contributes to air pollution as well.

“It is very troubling for us (motorcyclists) as it will be very expensive to travel to work, especially if we had to drive.

“We need to consider car maintenance, fuel and toll, plus the cost is not cheap,” he lamented.

Amir who only spends RM500 monthly for compulsory expenses notes to us that, “For work purposes, I only spend RM260 and that’s because I ride my kap chai to work. It is cheap. So imagine if I have to drive to work, I will surely need to spend more, and that’s not good.”

However, he does commend the government’s effort in introducing the MRT lines as he sees it as very beneficial to the people, but he hopes that, “the price will not go higher and that it remains efficient.”

Daniel, who is a superbike rider, too, disagrees with this idea of proposing a ban on kap chais.

“Most of these motorcyclists are your average hard-working people who opt for riding motorcycles to work to save cost,” he stated.

He further recounted the days when he commuted using the same mode of transportation.

“I once worked as a dispatch. It is the best way to commute through KL.

“If kap chais are banned, then what will happen to say, pizza delivery orders? And companies – posting letters using high-powered bikes? It will cost a lot for companies,” he argues.

Living in Setapak, he highlighted that he travels back and forth to work in Sg Besi and addresses that it is worthwhile to opt for motorcycles or big bikes as a convenient mode of transportation.

“I can’t handle the traffic jam, it’s too much hassle and a waste of time,” he said, asserting that the move will only create a public backlash.

And although Daniel believes the MRT clearly helps reduce traffic and make travel more convenient and faster, “It is still not necessary to ban kap chais. They get the work done and are cheap to maintain.”

On a monthly basis, when he used to travel by kap chai, Daniel recalls that he only had to spend RM150 for fuel.

Azri who travels back and forth to work in Subang Jaya from Kelana Jaya notes that he only spends an average of RM52 per month which if broken down into a weekly basis amounts up to the average parking rates in the city centre at RM13.

“I commute by motorcycle to work. On an average, the weekly cost is RM8 for fuel and RM5 for parking, which is the equivalent of a car parking per day,” he calculates.

Speaking of the proposed ban, he says, “Other than reducing the negative culture of rempits among society, I do not see any other direct benefits coming from this proposal.

“Motorcycles are not the main factor for traffic congestion nor pollution.”

He also commends the MRT as a very efficient alternative mode of transportation for people within the Klang Valley but concludes saying that if motorcycles are banned, “Pizza deliveries will be late.”

Syed who owns a runner service based in Bangi delivering goods within the Klang Valley area highlighted to us that he rides through the city centre on a daily basis.

He argues that this will prove a setback as his main mode of delivering the goods rely solely on his trusted kap chai.

“This is going to be difficult as I might have to upgrade to a car or a superbike instead.

“On a monthly basis, I can make an average of RM900 per day after cutting the travel costs,” he shared.

When asked of the MRT lines, Amir notes that it is a positive move as it will help reduce traffic congestion in the city centre and it will be beneficial for him as the roads will be less congested and he can deliver the goods faster.

“It helps save time, cost and energy, but I’m not sure how it will be like if kap chais are indeed banned from entering the city centre,” he expressed with grave concern.

As pollution is the main concern to carry out the ban, we looked to Italy, where carbon emissions increased from between 1990 and 2005, but showed a decrease ever since 2013.

To understand how Italy has reduced its carbon emission in the city, Malaysian Digest, in a phone interview, spoke with the media officer from Italy’s Ministry of Infrastructure and Transport (Ministero delle Infrastrutture e dei Trasporti), Maksim Lombardi, to get a few insights.

Lombardi opened up the conversation clarifying that, “In Rome, we only allow certain types of vehicles to enter.

“We have set regulations to monitor vehicles based on its emission levels which the European Union have classified into six different categories.

“We only allow L3 (Euro 3) and above to enter Rome with L6 being the lowest carbon emitter both for diesel and petrol,” he explained of the different classes of vehicles allowed in the capital.

ROME ITALY – OCTOBER 30: Streets of Rome are full of traffic and people throughout the day in Rome Italy on October 30 2014.

Based on data by The World Bank, back in 2004, Italy recorded its all-time high in carbon emissions (metrics ton per capita) at 8.216, however this number has been drastically reduced up until 2013 at a 5.724.

Separated into a smaller frame however, Italy’s carbon emission coming from transport is at 29.774 as of 2013 and growing.

Despite that, Italy’s carbon-related problem coming from transportation is still among the lowest compared to other EU nations.

“In different cities however, we have different regulations for vehicles when it comes to curb carbon emission.

“This is because different cities have different levels of air pollutants, with Rome recording the highest (in Italy),” he said.

“For motorcycles however, we have three different categories, which include Euro 1, Euro 2 and Euro 3 – with Euro 3 being the less pollutant – And they are regulated based on municipalities.

“For instance, cities that record lower air pollution coming from vehicles, the regulations are less strict,” he explained.

So, Can We Really Reduce Carbon Emissions Through A Kap Chai Ban?

In terms of carbon emissions, car ownership in Malaysia records the third highest in the world at 93 per cent with 54 per cent of households owning more than one car in 2015.

The Department of Statistics, Compendium of Environment Statistics 2016 has shown that 70 per cent of air pollution derives from motor vehicles, which includes motorcycles.

The same report revealed in 2015, motor vehicles was the main contributor to emission of pollutants to the air of 2.1 million tonnes. Within the same period, the number of cumulative motor vehicles registered was 26.3 million.

Abdul Aziz also highlighted that most motorcyclists are from the B-40 grow, meaning the low-income earners.

So, if the government chooses to proceed with the ban, they must ensure of cheaper and convenient transportation alternatives to not jeopardise the livelihood of those people.

As the management of carbon emissions by vehicles falls under the jurisdiction of the Road Transport Department (JPJ) and Natural Resources and Environment Ministry, coming to the proposal to ban kap chais to reduce carbon emissions, its Minister Datuk Seri Wan Junaidi Tuanku Jaafar, too, disagrees with the notion and claims it must be supported with scientific research.

“The small ones do not emit much. It is the large motorcycles that do. Why is there a need to halt the small ones (from entering the city)?,” he recently asserted.

Looking to the EU countries, Junaidi suggested that moving forward, a vehicle management should be conducted like that of in London and Oxford.

“We need to know which vehicle contributes the largest carbon print before implementing it.

“Is it the lorries, buses, cars or motorcycles? I believe it is the large lorries that should not be allowed to enter,” he said.

However, Transport Statistics Malaysia report in 2015 shows that on a daily basis, the number of cars in the city at 59.8 per cent, outnumber the number of motorcyclists (18.6). And true enough, lorries do come in second collectively at 21 per cent, while buses came it at the bottom with a meagre 0.5 per cent.

Back in 2015, Junaidi noted his beliefs that Malaysia will be able to achieve a 40 per cent reduction in carbon emissions by year 2020 by slowly phasing out Ron 95, which is the lower grade fuel used widely by motorists here because it is the cheaper half compared to Ron 97.

The pledge is to cut Malaysia’s carbon emissions intensity by 45 per cent by 2030, and so far, our government’s efforts are seeing encouraging results with reduction of 33 per cent seen between 2005 and 2015.

With 13 years left now, will we be able to reach our target of 45 per cent and make carbon emission reduction a reality? And would the possible ban on kap chais coupled with the completion of the MRT line really encourage Malaysians to use public transportation and see this coming to fruition?

Guess, we shall have to wait and see. 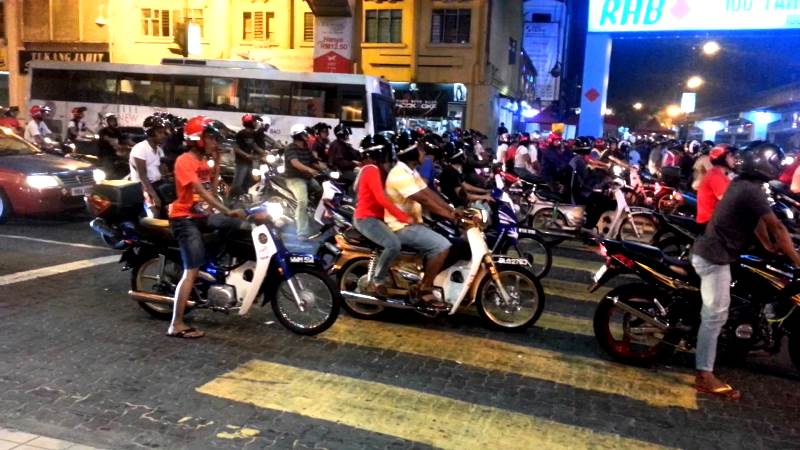 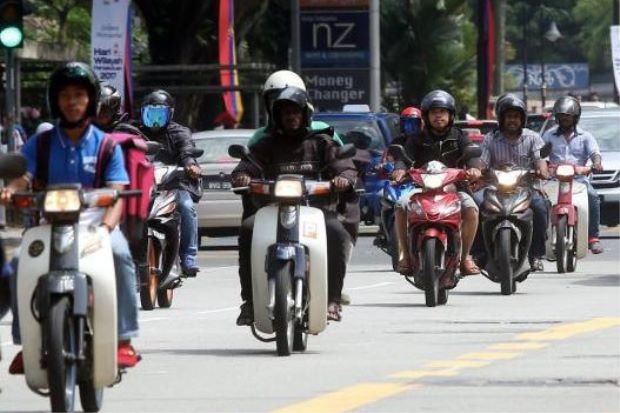 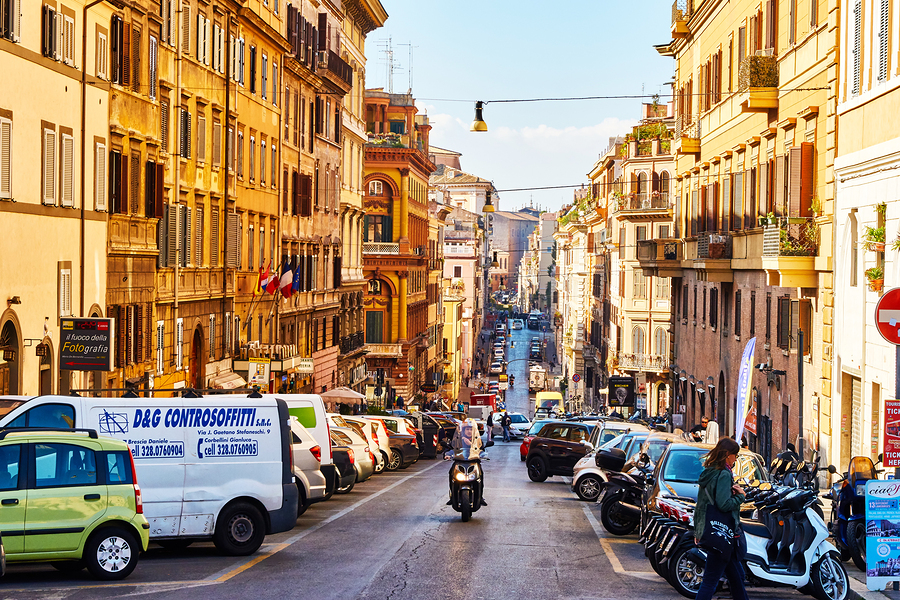 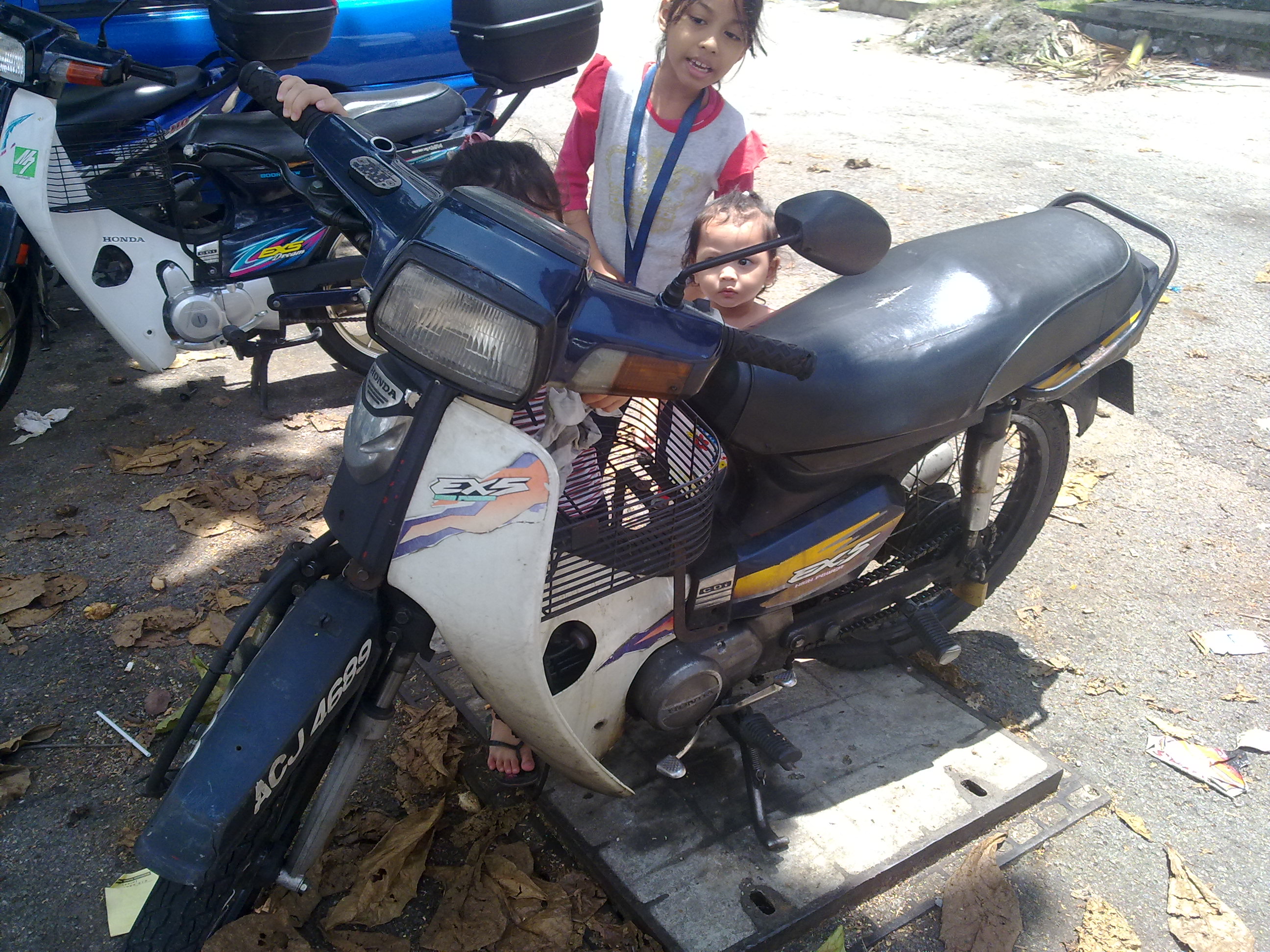 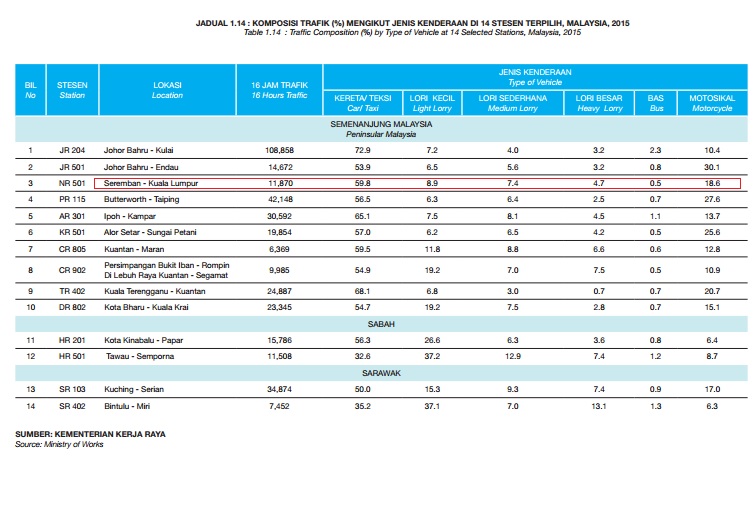