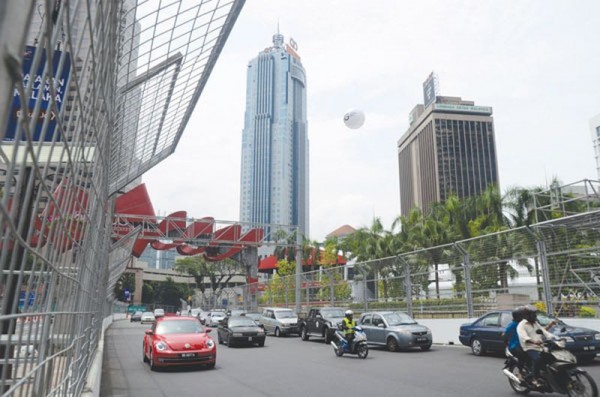 Criticising the idea as “ridiculous”, associations like The Malaysian Employers Federation (MEF) and the Malaysian Trades Union Congress (MTUC) said the proposal would push traveling costs up for the bottom 40 per cent of income earners, most of whom rely on small capacity bikes to commute to work.

They said fuel costs for the bike, popularly called “kap chais”, are much cheaper than current public transportation fees, which can go up to RM10 a day. In contrast, someone who uses a “kap chai” will only need to pay RM7 for a full tank of fuel, which can give the bike at least five days worth of travelling.

“The low-income [earners] can only afford motorbikes of such power and now with the spiraling consumer prices as a result of the GST (Goods and Services Tax), it is already eating into the wages of the lowest income workers,” MTUC secretary-general J. Solomon told Malay Mail Online.

MEF president Datuk Shamsuddin Bardan echoed the view. He said the ban will not only burden workers who rely on “kap chais” to commute to work, but add unnecessary difficulties for companies.

“It’s very unreasonable. Of course it will cause a lot of hardship not only to companies but also to individuals unless people in KL are well to do and can afford public transport…even the public transport costs is pretty high compared to using the ‘kap chais’,” he told Malay Mail Online in a phone interview.

Federal Territories Minister Datuk Seri Tengku Adnan Mansor was quoted by The Star as saying that the government may prohibit these motorcycles and other commuters from driving into the capital city once public transportation reaches a more reasonable price.

While he acknowledged that low-income workers rely heavily on small capacity motorcycles for transportation, he said many cities in the world have banned the motorcycle. The minister said his ministry had mooted the idea to help reduce carbon emissions.

But all fossil-fueled vehicles emit carbons and the bigger the capacity of the vehicles, the more emissions are produced.

“Why concerned about emissions in ‘kap chais’? Why not about cars? Why not about buses or trains? Co2 emissions are based on your engine capacity and what you exhaust out,” he said in a brief interview with Malay Mail Online.

Compiled data from environmental groups show that majority of carbon emissions from vehicles worldwide come from cars and trucks, with smaller-capacity motorcycles accounting for less than one per cent of total emissions. Environmentalists and scientists say increased carbon emissions are the main factor driving global warming.

The proposed ban on “kap chai” bikes comes amid a raft of controversial ideas mooted by Tengku Adnan’s ministry to reduce traffic congestion in the capital city and to increase share modality on public transport usage. One of them included the recently implemented increase in parking fees for bays owned by the City Hall.

Ajit, commenting on the matter, said DBKL and the Federal Territories Ministry should make the efficiency of the city’s public transport the main policy to encourage commuters to move away from over-reliance on private vehicles, instead of focusing only on prohibitive measures.

“A better alternative would be to make public transport a preferred choice. I think that is the question of the day,” he said.