The theme of the conference is Unite and Fight – Turn The Tide.

Flag raising ceremony in the morning marked the opening of the conference with the presence of thousands of AIBEA members and 54 foreign delegates from Iran, Egypt , Sri Lanka , Mauritius, Nepal and Malaysia.

The current Indian economy and demonization of their currency was spoken by D. Pandiyan on behalf of General Secretary of AITUC Comrade Gurudas Dasgupta.

Agricultural, government responsibility and just institution for the workers.

She is with the Indian Administration Service whose education was sponsored by AIBEA.

President AIBEA presented appreciation momentous to their members whom are above 90 years old.

Blankets was distributed to the needy at the conference 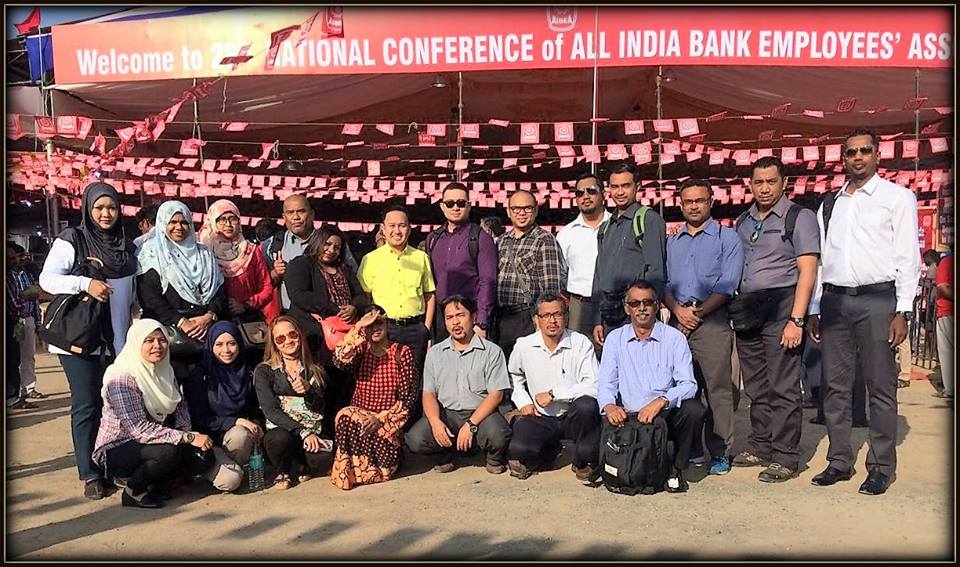 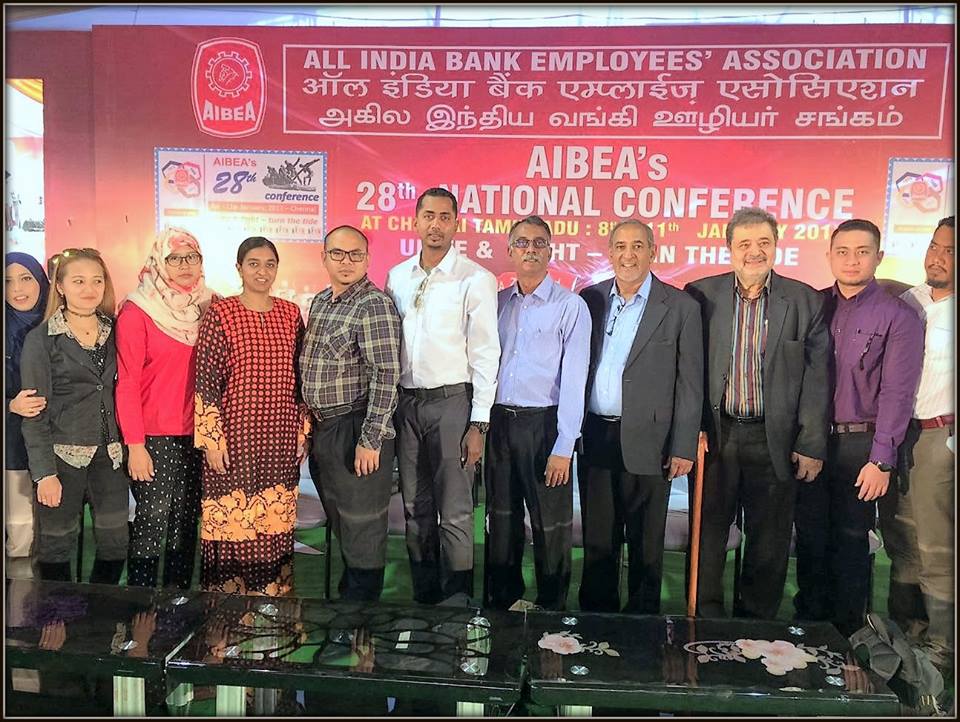 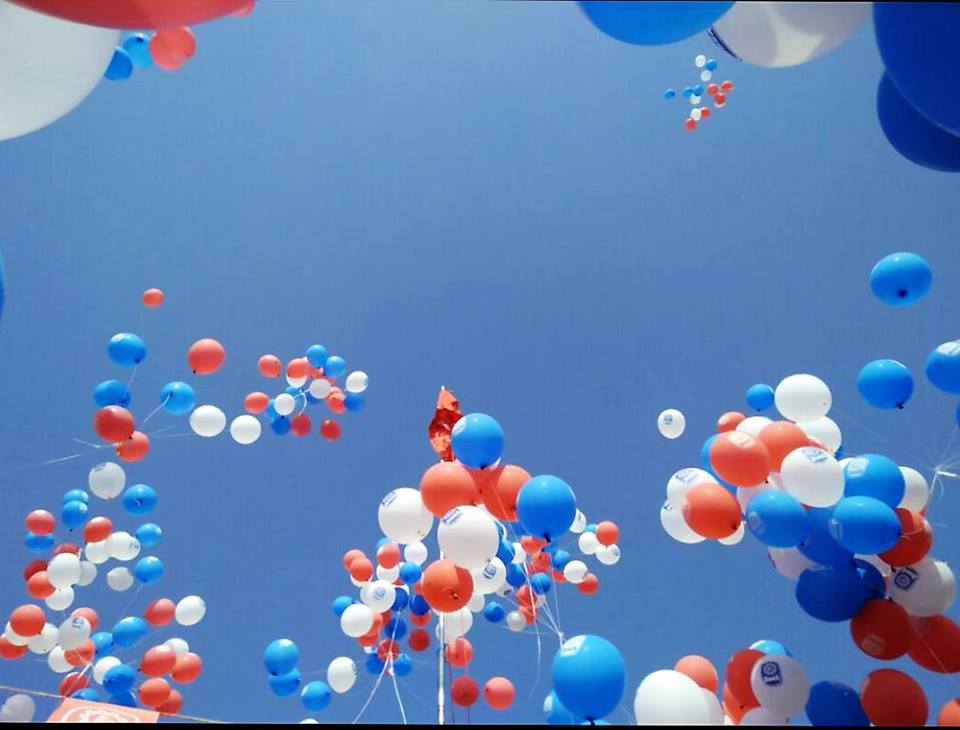 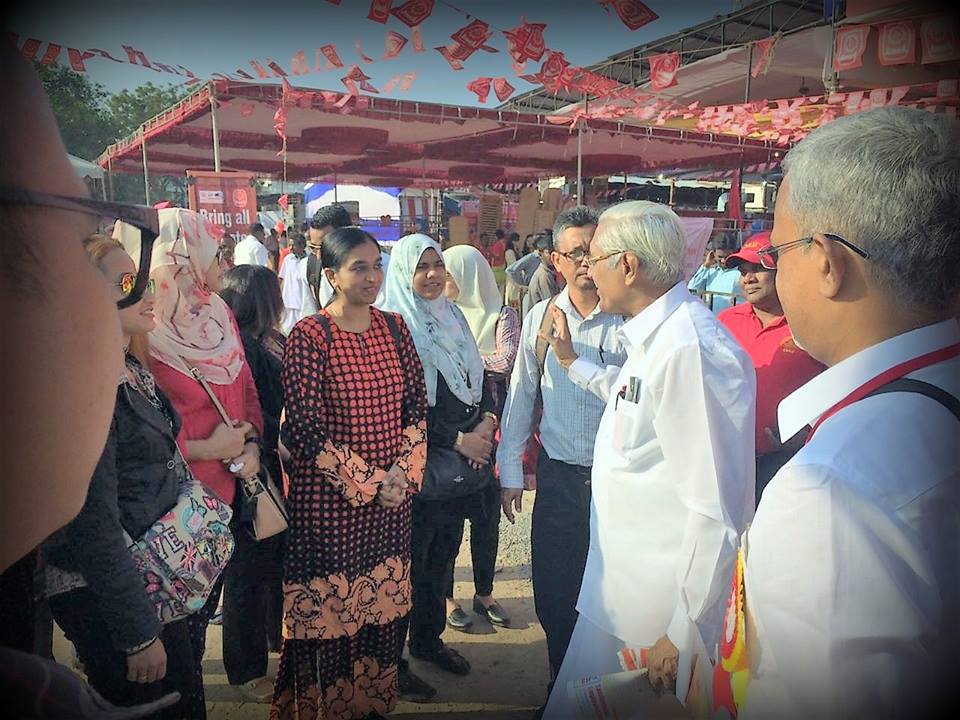 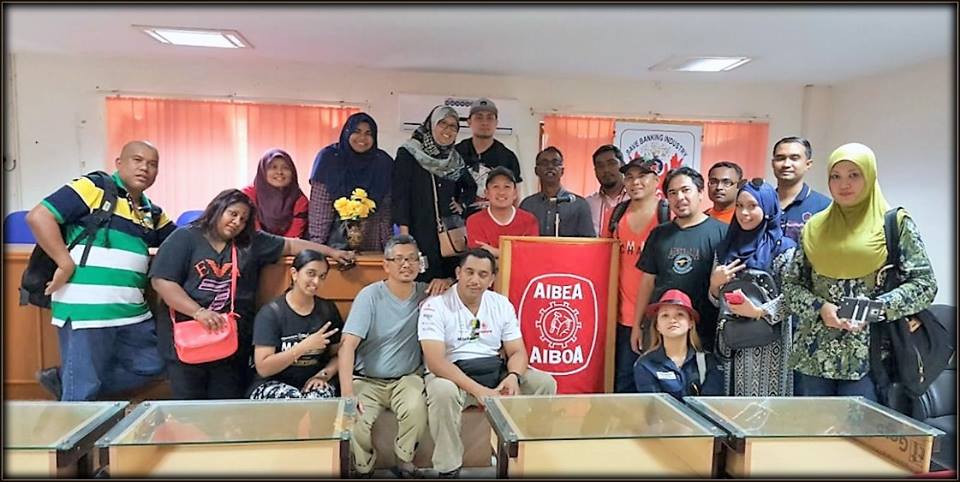 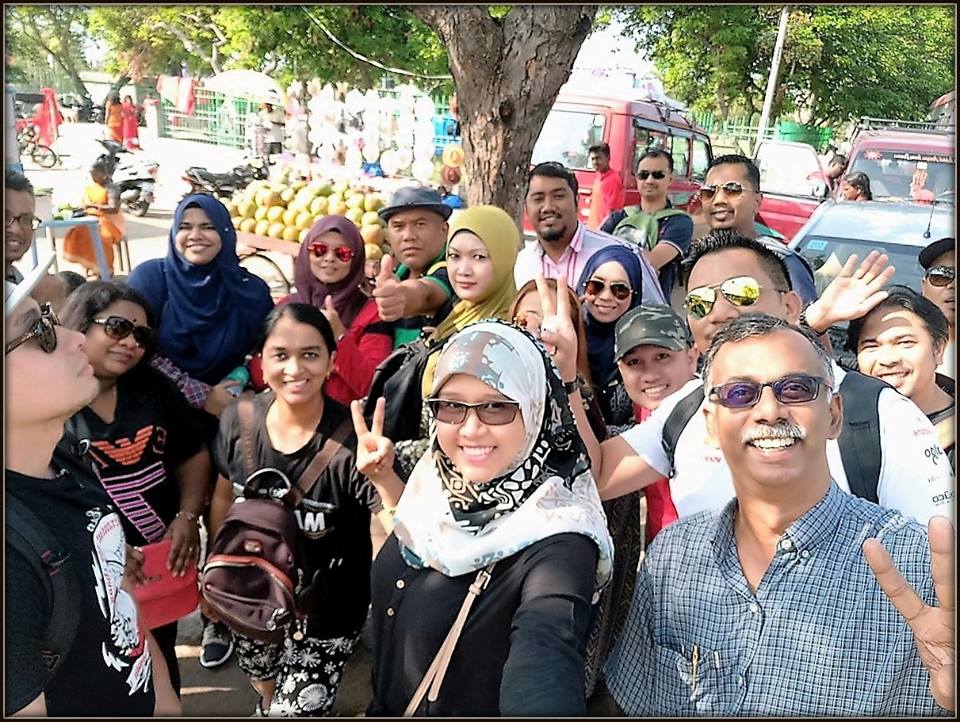 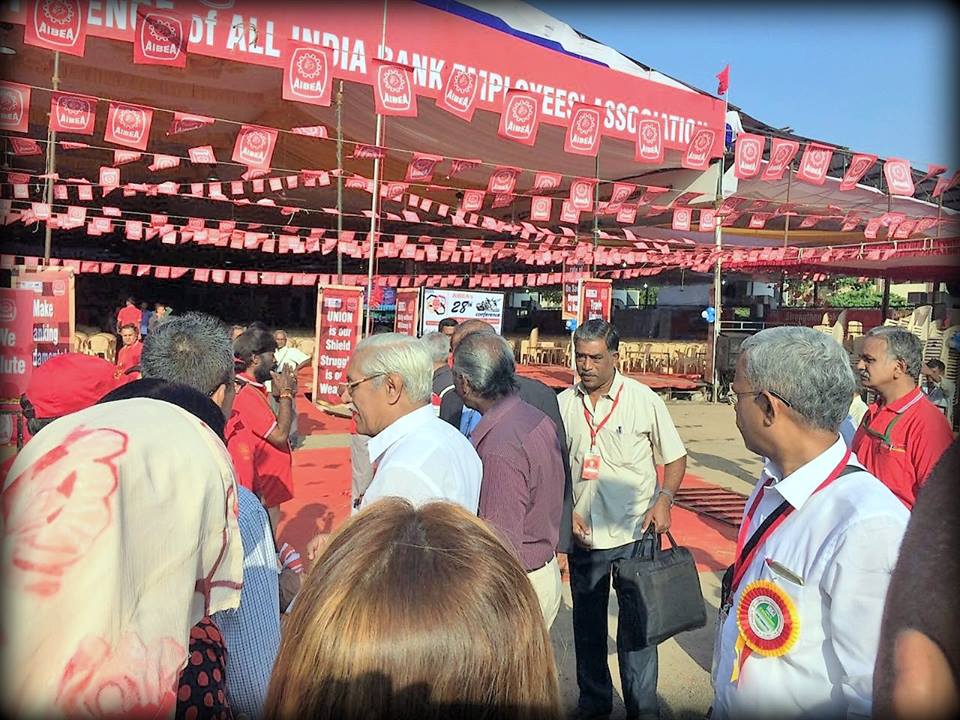 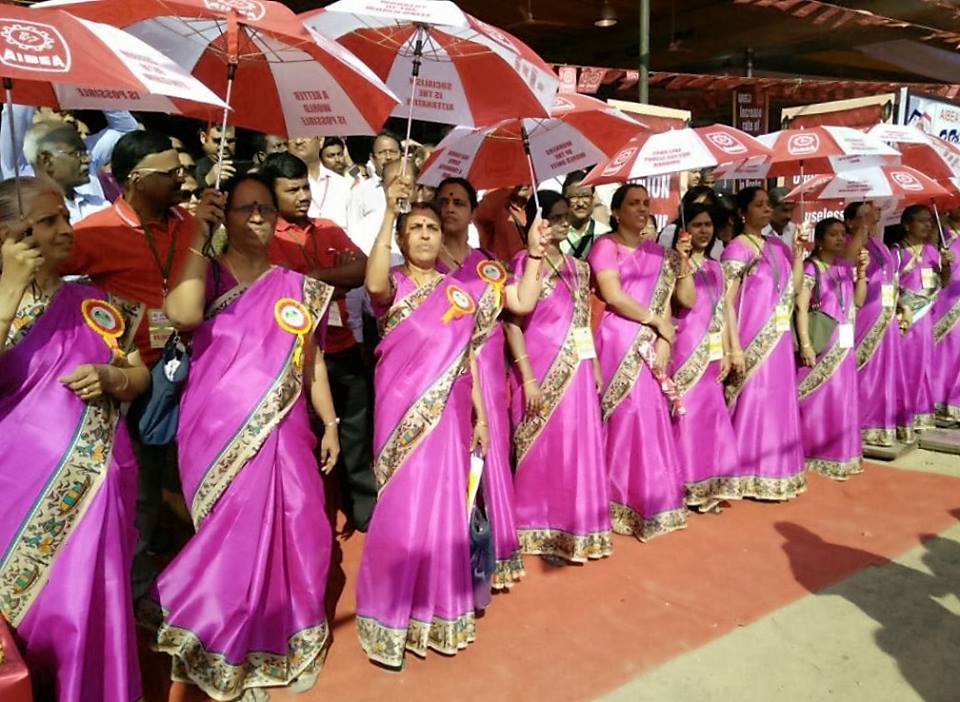 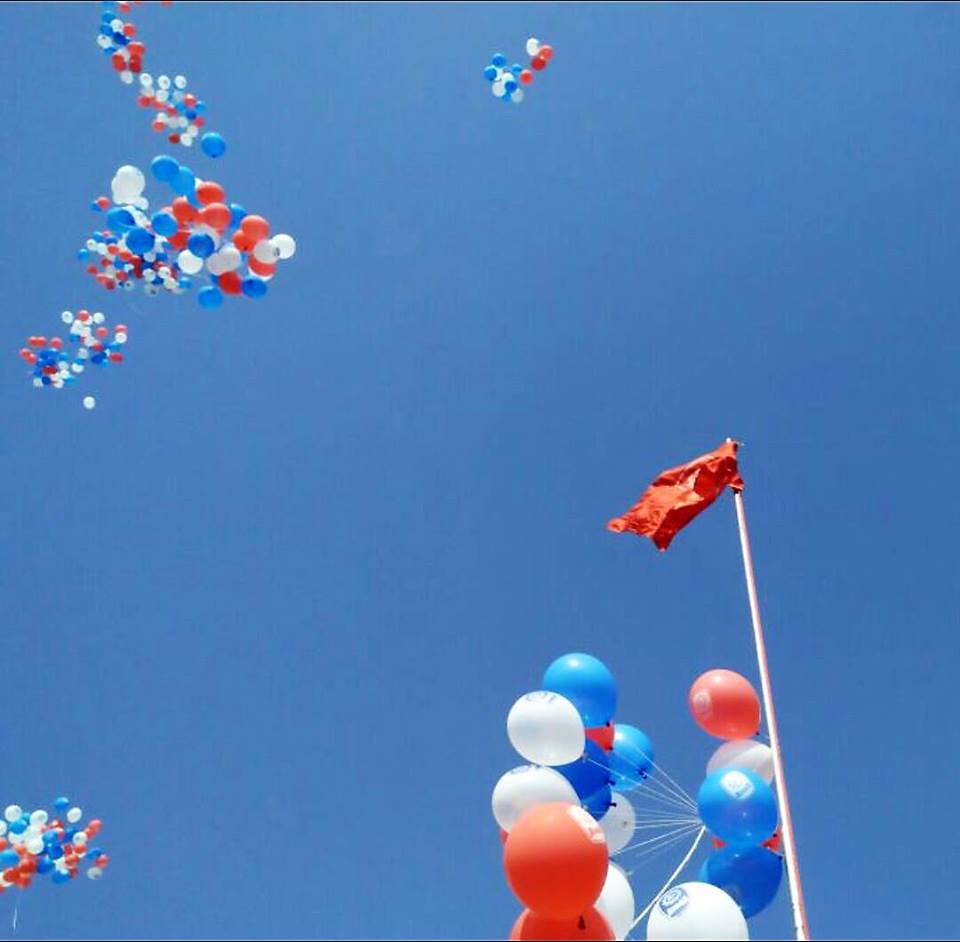 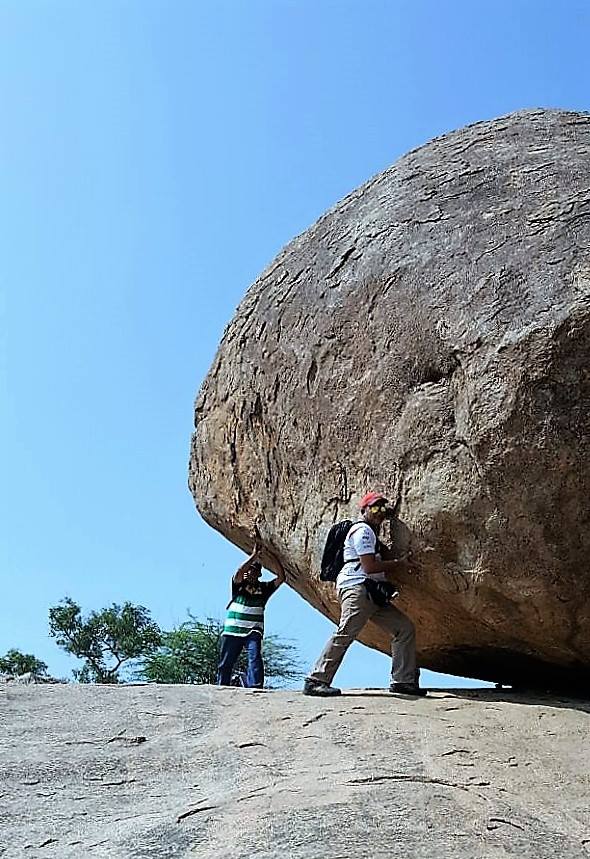 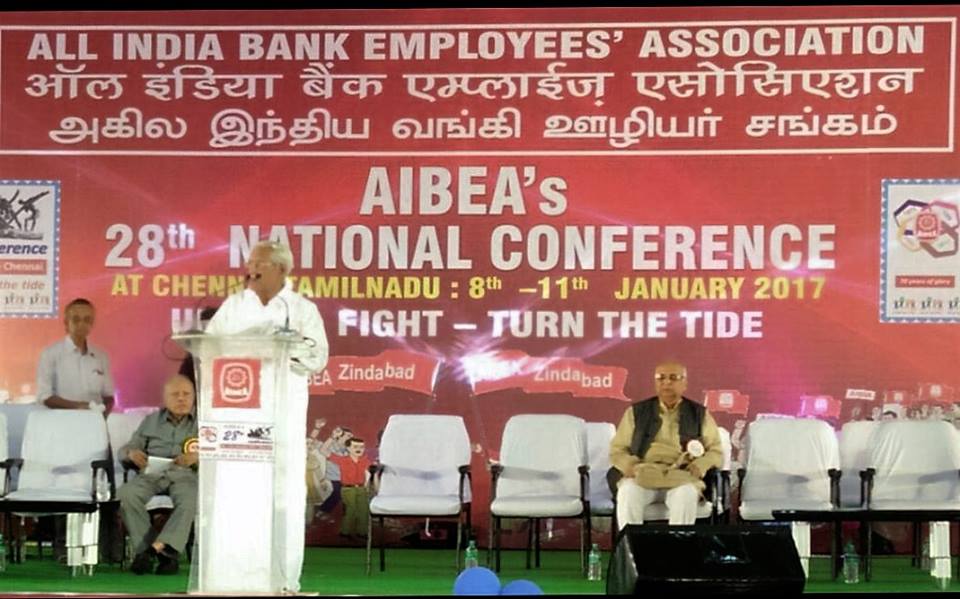 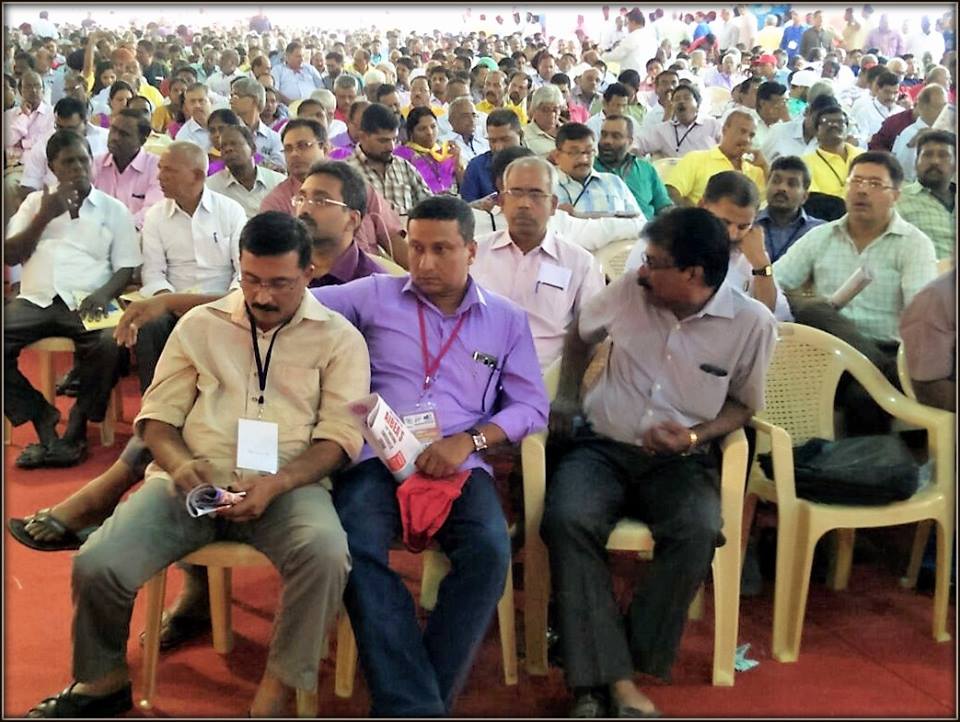 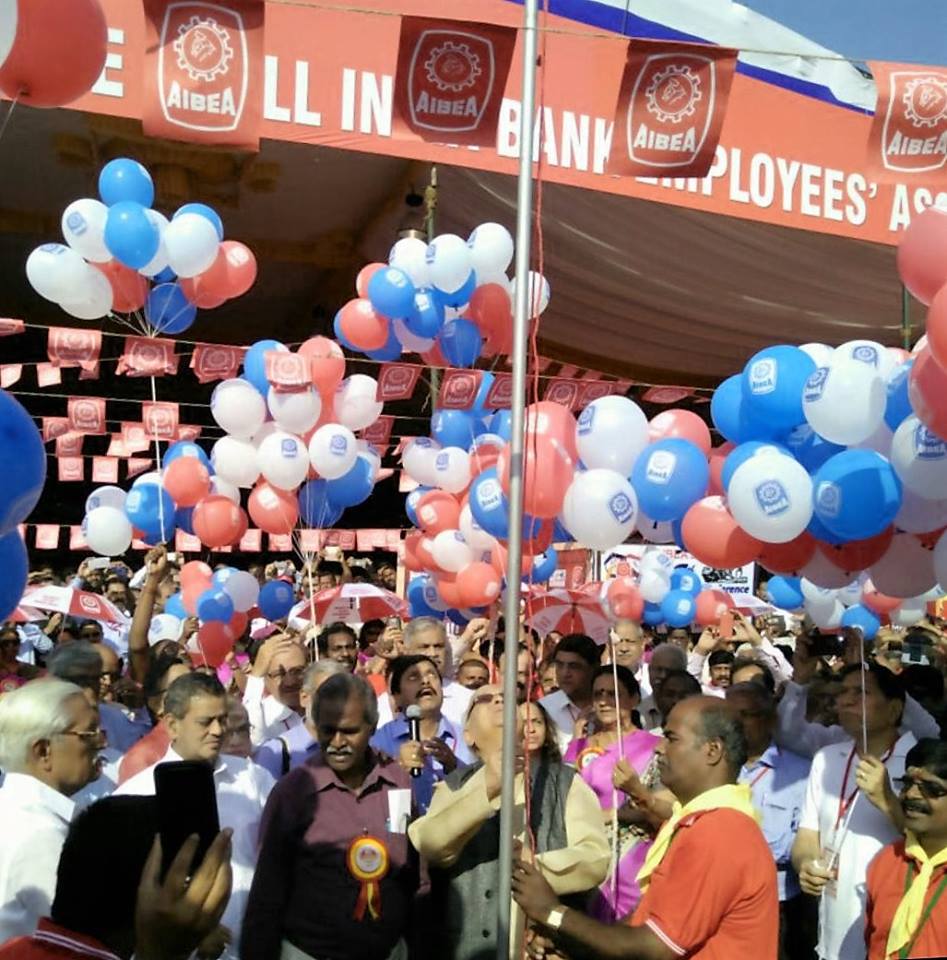 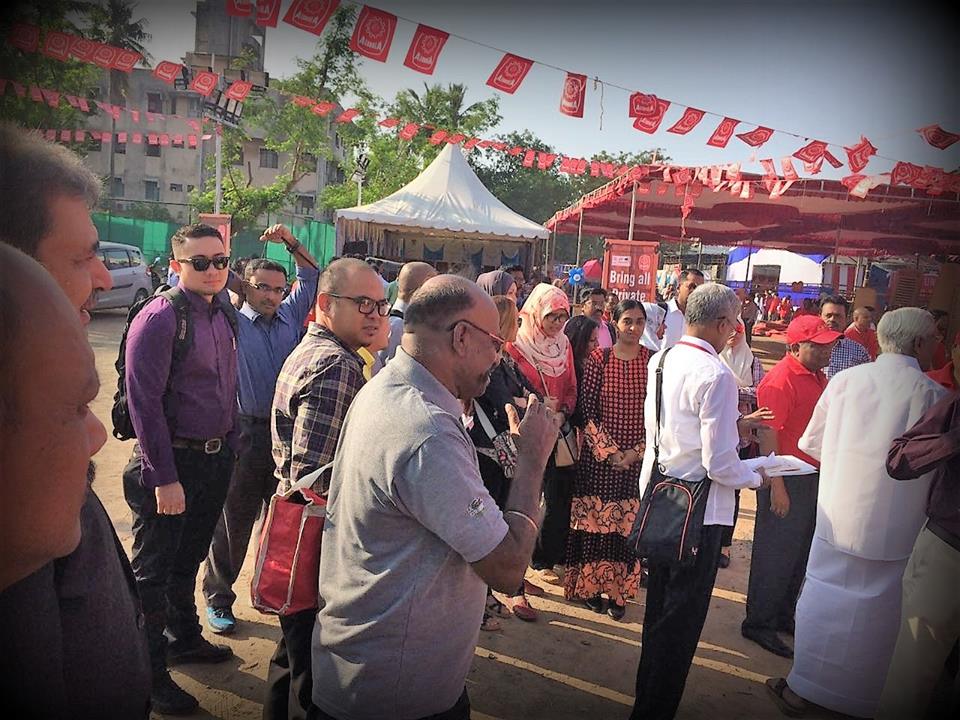 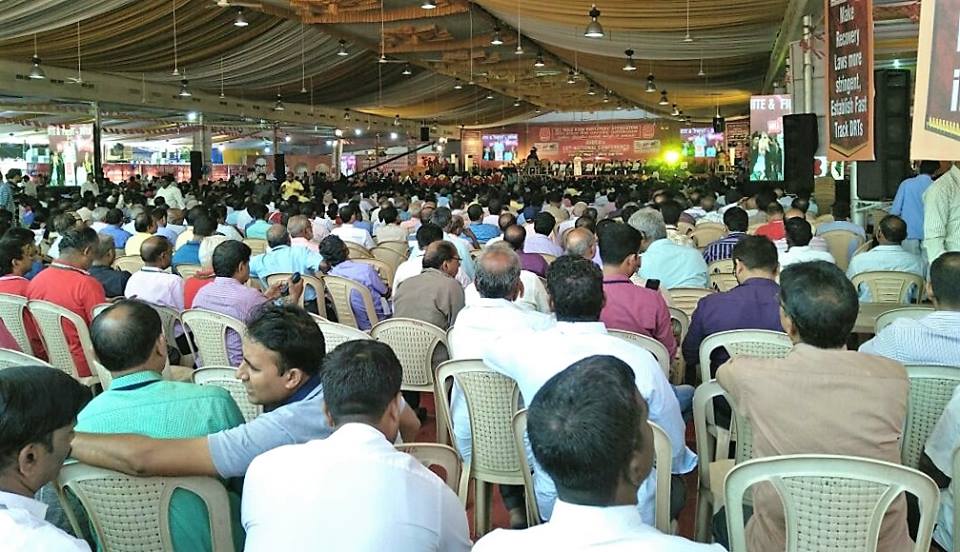 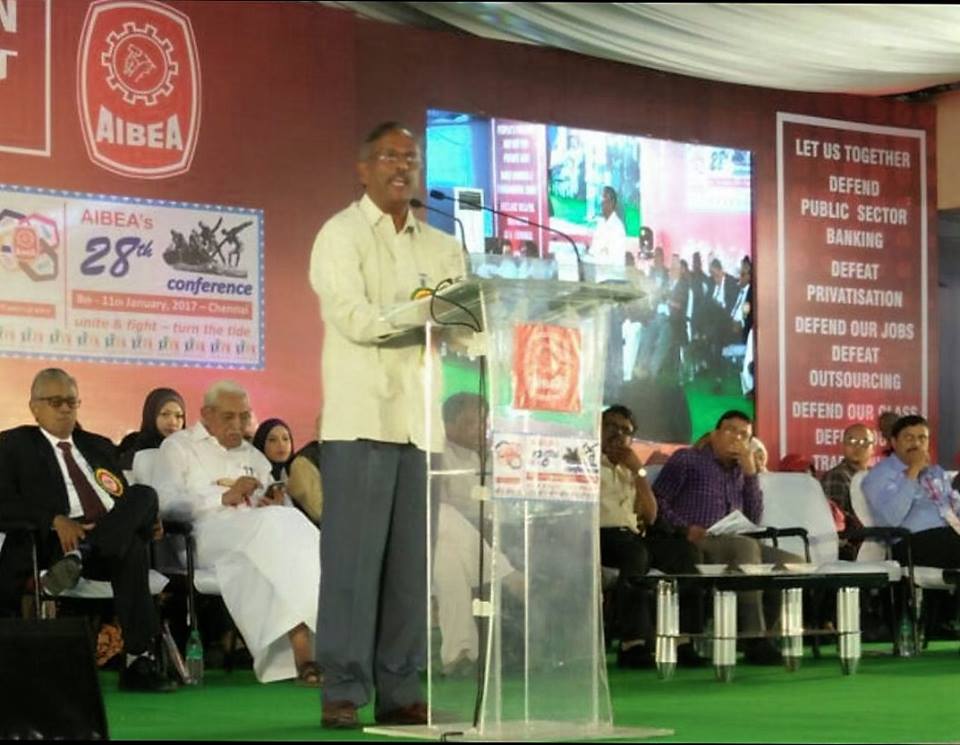 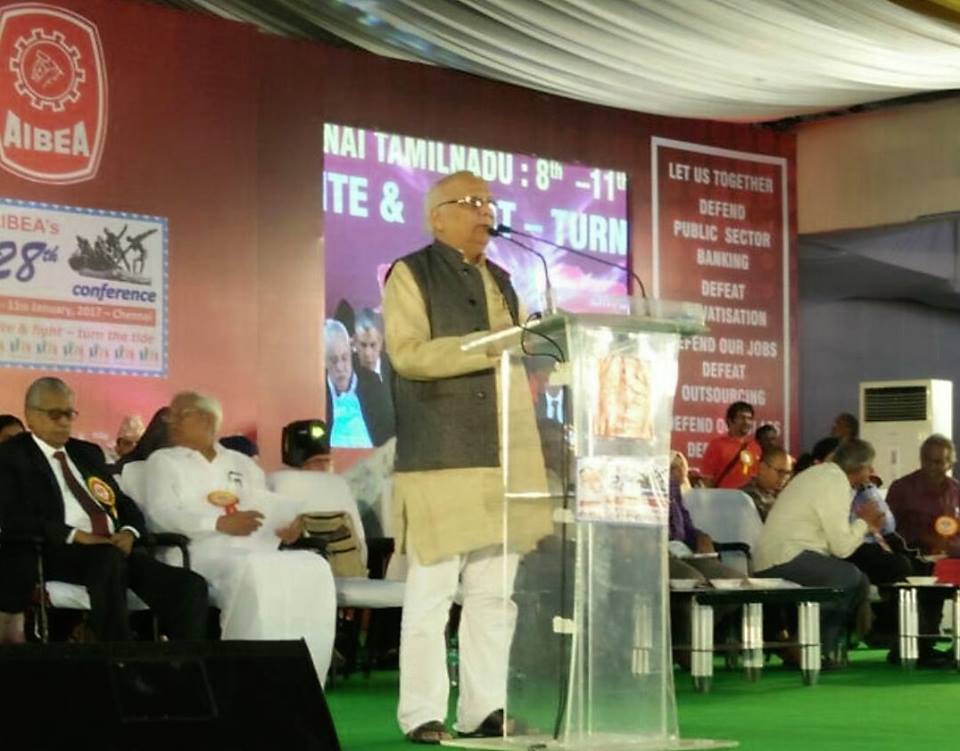 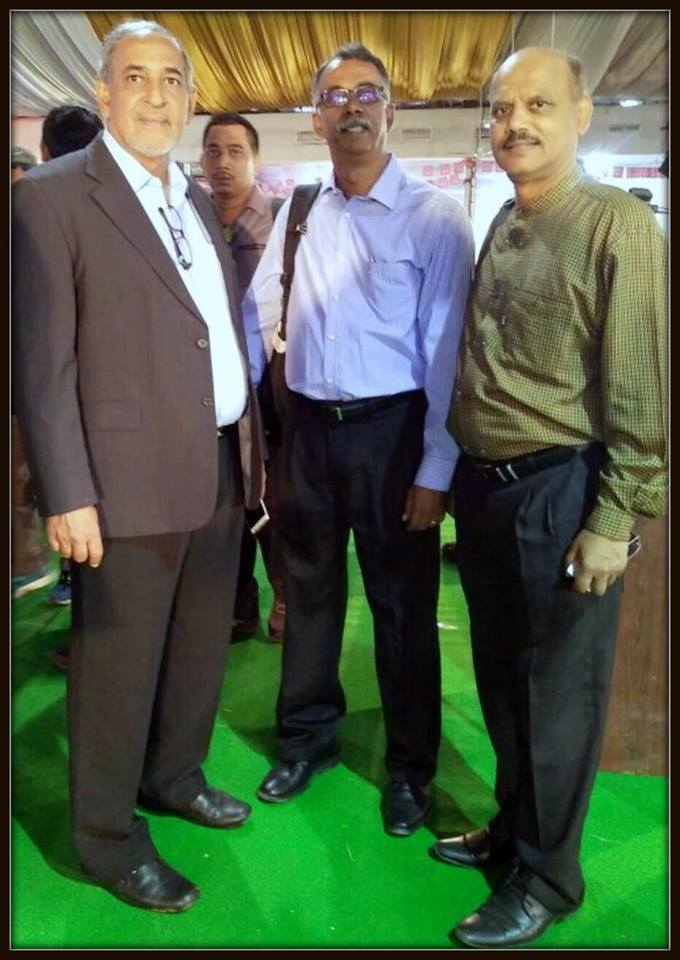 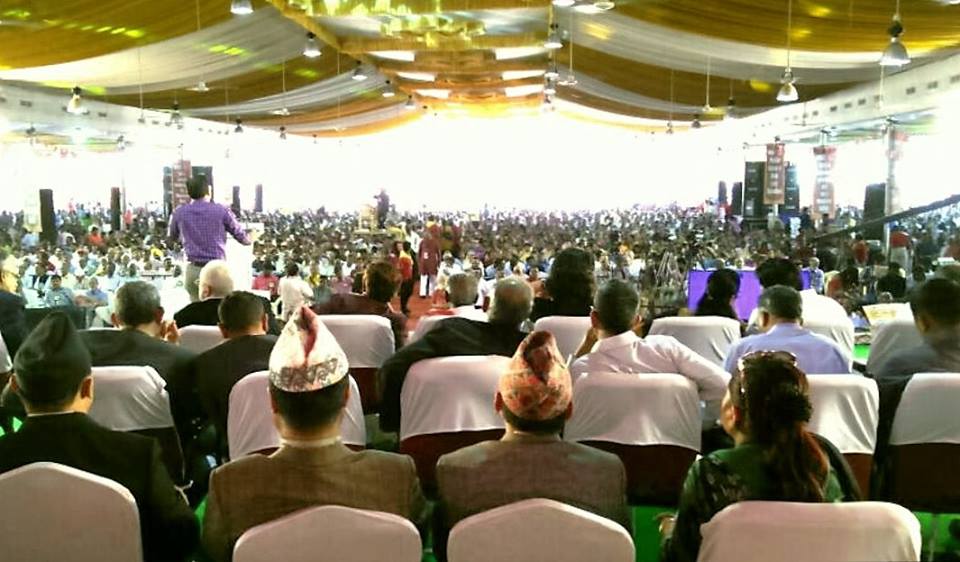 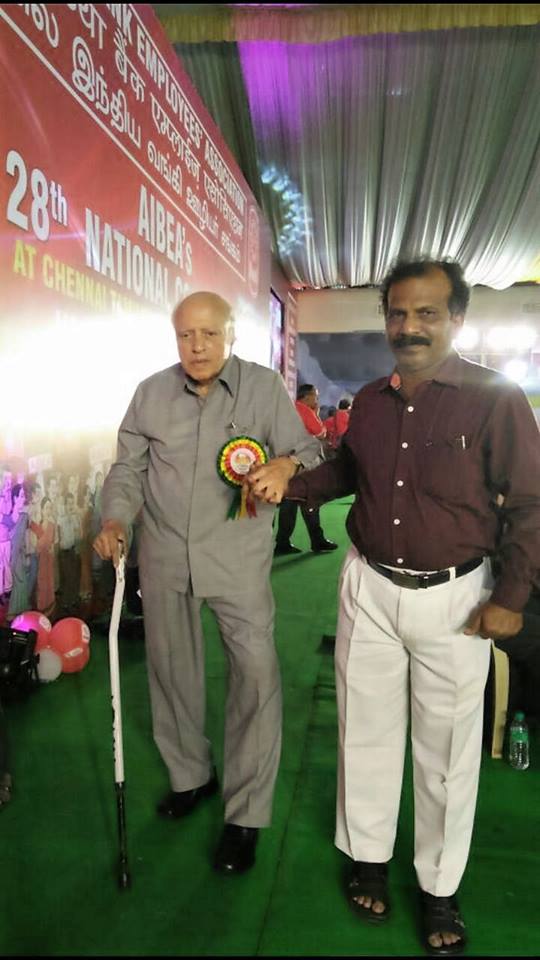 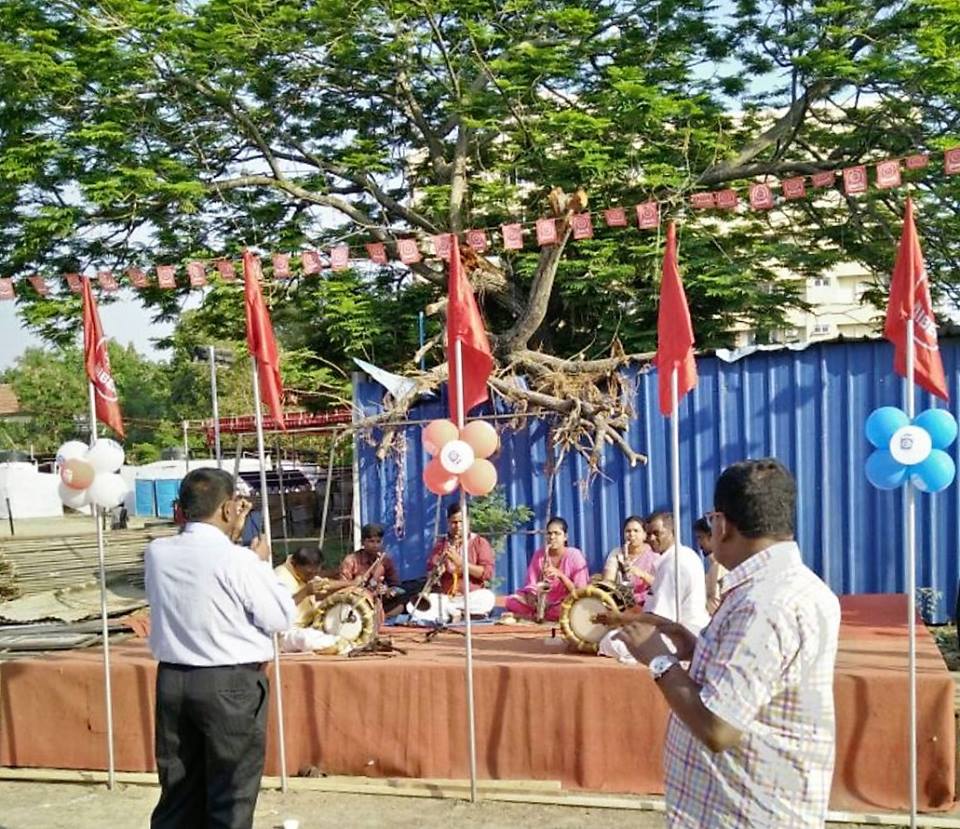