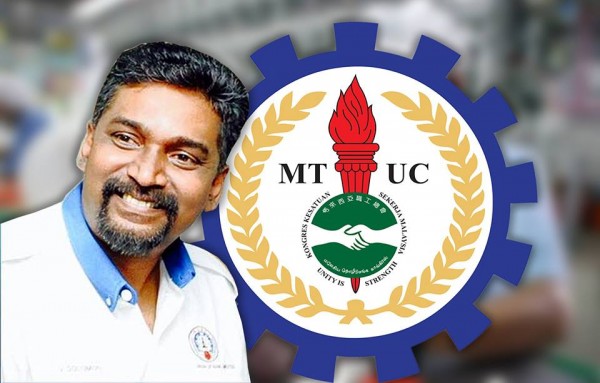 PETALING JAYA: Workers in the country are not being paid the right amount to manage the increasing cost of living, the country’s top trade unionist has claimed.

Newly-elected MTUC general-secretary J. Solomon said a large population of workers are living on borrowed income, adding that in the middle of last year Bank Negara announced the nation’s household debt was 89.9% of the gross domestic product.

“I believe it is much higher. We are also the highest in Asia. The nation cannot take comfort of the fact that since workers are employed it is alright for them to be highly in debt. A nation in debt is like a bubble that can burst any time,” Solomon told theSun in a recent interview.

Solomon said workers must be paid a living wage, a wage that is high enough to meet a normal standard of living.

He pointed out that a living wage affords the earner and/or his family the most basic costs of living without the need for government support or poverty programmes.

“With a living wage, an individual can take pride in her work and enjoy the decency of a life beyond poverty, beyond an endless cycle of working and sleeping, beyond the ditch of poverty wages.

“MTUC appreciates the fact that the Government has implemented the minimum wage, however, the amount of RM 1,000.00 is not sufficient and has not taken into consideration the Goods and Service Tax (GST) and the cost of controlled good that has already arisen this year,” he said.

He said the National Wages Consultative Council (NWCC) is supposed to review the minimum wage every two years taking into consideration all factors relating to economy but workers were denied a revision of the minimum wages for 18 months as the review of RM 1,000 was only effected on July 1 last year.

Solomon said the minimum wage for Peninsular Malaysia is RM1,000 and RM920 for Sabah, Sarawak and Labuan, this is still inadequate given the rapidly rising cost of living including the cost of controlled goods, this amount is not sufficient.

He added that the minimum wage should be revised to RM1,500 and standardised between Sabah, Sarawak and Peninsular Malaysia.

He also added that when the minimum wage is implemented the salaries of other workers should also be elevated proportionately as the increase in prices post the minimum wage will affect these group of workers.