A global workers’ backlash in the offing.

Recent political events such as the US presidential elections, the Brexit vote, the build-up to the French presidential elections, the referendum outcome in Italy and the rise of populism, nationalism and isolationism in the West has shaken up the global political order. The clear signals of widespread disaffection by the common people were ignored for a long time by the ruling elite.

The people, through their votes, are dismantling the existing status quo. Neo-liberalism, which has taken a firm foothold in the West, is clearly being rejected owing to the atrocities it has inflicted upon societies. The promises of globalisation have been unfulfilled, and the lack of recognition of the social dimension of globalisation has left the 99 percent paying a heavy price.

Institutions which ought to have served as checks-and-balances either did not or could not do so, swept away by the neo-liberal tsunami. The mainstream media now serves to either promote the status quo or engage in sophisticated apologia.

Throughout this period, which began in the late 70s, the rights of workers have been trampled upon. It would seem as though economic progress can only be made where workers are denied of a decent wage, the right to security of employment and proper trade union representation. Almost everywhere in the world, the pressure to move towards so-called liberal employment practices is immense.

The time has come though where as a consequence of the system failing the people at large and inequalities rising to a point of unsustainability, the backlash has found its way to the ballot box wherever possible. The ‘rust-belt’ was what swung the Brexit vote and the US presidential elections.

The blurring of the lines – left vs right

Wherever there have been democratic elections, the choice used to be between the left and the right, or shades of it. The pendulum swung dependent upon the circumstances of the time. Now though, things seemed to have changed. The working people’s votes seemed to have moved the other way, or at least some parts of it.

The time has come where the left has to reposition itself and go back to its roots or find itself irrelevant, where populism would then be the alternative to the right.

There is a clear need to review employment practices the world over, and the race to the bottom reversed. For real progress to be made, even in the economic sense, the 99 percent has to be taken along and benefit from growth. The drop in real income levels in much of the developed world is a clear indication that the system is broken and cannot be sustainable in its current form.

In the developing world, the race to the bottom has to be reversed before a similar backlash is experienced.

A reversal of the current order needs to take place soon, or we run the risk of a total breakdown of the system. The primary obligation of any economy is to raise the standards of workers the world over. By raising standards, it refers to ensuring that a decent living wage is seen as a basic human right, access to trade union membership and protection, working hours being reasonable and workers have a say in how things are managed at their place of work.

Co-determination should be seen as a due demanded, and not a favour asked for.

The issues afflicting society today revolve principally around inequality of income, wealth and opportunity. This can be resolved only through the strengthening of the global employment superstructure.

The International Labour Organisation (ILO) can take the lead through using its influence to impose minimum labour standards which would apply to all countries.

Civil society organisations, especially the trade union movement, and all members of society should continue to pressure the larger system to ensure that employment conditions serve both workers and businesses. 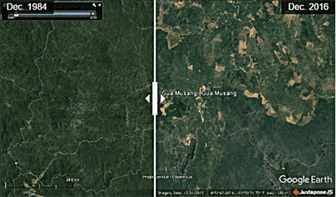