Economist: Income gap among Chinese higher than other races 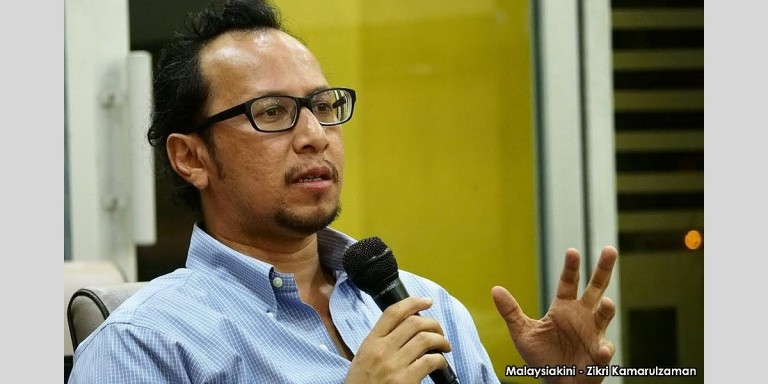 Household income inequality among the Chinese community in Malaysia is higher compared to other races, according to an economist.

Muhammed Abdul Khalid said the Gini coefficient – the commonly used indicator of inequality – showed that in 2014, household income disparity among the Chinese was at 0.405 percent, indicating a wide income gap within the community.

“This is followed by the Indians, then Malays,” he told a forum in Shah Alam last night.

The author of the ‘The Colour of Inequality: Ethnicity, Class, Income and Wealth in Malaysia’ was responding to a question on Chinese having economic superiority over the Malays

Muhammed said while there was a wage gap between the two races, the majority of Chinese however were wage earners while only a small group were wealthy.

“Not all Chinese people are rich. About seven in 10 Chinese are workers, just like the bumiputera.

“The median monthly wages for the Chinese in 2014 is only RM2,000 per month,” said the economist, who also co-authored the inaugural UN Development Programme’s Malaysia Human Development Report.

The latest available data showed that the gap in the average monthly household incomes between the Chinese and bumiputera was at 38 percent, unchanged compared to 2009.

Muhammed, who is formerly head of economics at the Securities Commission and senior analyst at ISIS Malaysia, said many were preoccupied with ethnic gaps and overlooked class dimensions such as the gap between the rich and poor, regardless of ethnicity.

He said this was something that needed to be addressed.

Meanwhile, responding to a question from the audience, the economist said there is racial discrimination in hiring fresh graduates in Malaysia where Chinese candidates were more likely to be called for an interview than Malays.

He noted that even in Malay-owned engineering firms, Chinese applicants possesed a better chance of landing an interview.

“We don’t know why this is the case, as that is not the focus of the study, as we wanted to establish if there is hiring preference in the labour market. This is the way it is,” he said.

He added there should be no form of discrimination with regard to seeking employment, and that an Equal Opportunity Act and Commission should be introduced to tackle this, as recommended in the first part of the New Economic Model.

As for affirmative action, Muhammed said this was needed as long as there were disadvantaged groups in the country, but should be targeted to ensure that only those who needed the help, received it.

Muhammed, who was speaking at a forum by Projek Dialog titled “Melayu di Pinggiran? (Malays on the sidelines?), stated that statistics showed poverty among bumiputeras overall remained low.

However, he noted that poverty among the Orang Asli, was staggeringly high where one in three were considered poor, followed by Sabah bumiputeras where one in five are poor. The poverty rate among Sarawak bumiputeras is also high, at about seven percent. The national poverty rate is 0.6 percent.

He cautioned that while overall national poverty rate was low, a big chunk of Malaysians were vulnerable and might fall into poverty if they lost their jobs, due to lack of savings and social safety net.

Bank Negara estimated that only one in six Malaysians could survive for six months if they lost their jobs.