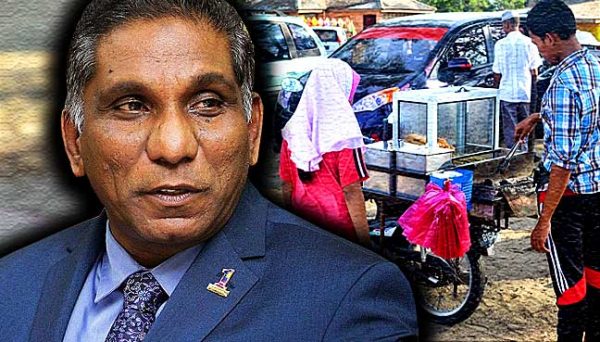 MTUC chief says unfair of Treasury sec-gen Irwan Abdullah Serigar to imply that Malaysians who are poor are that way because they are lazy.

PETALING JAYA: Treasury secretary-general Mohd Irwan Serigar Abdullah has come in for criticism after saying that Malaysians who are poor are in that predicament because they aren’t making enough of an effort.
Solomon described Irwan’s remarks as irresponsible for making a sweeping statement.
Solomon described Irwan’s remarks as irresponsible.
Malaysian Trades Union Congress (MTUC) secretary-general J Solomon described Irwan’s remarks as irresponsible, criticising him for making a sweeping statement.
On Thursday, Irwan had said that Malaysians should be more prosperous than the foreigners in the country, some of whom were conducting business.
“If we go to Chow Kit, half of them are Indonesians,” he said in his speech at the 1MET graduation ceremony.
According to Irwan, if there are poor Malaysians, it is because they are not making enough effort.
“If they have hands and legs and can walk, they can make a living in Malaysia,” Irwan had said.
Solomon said Irwan’s remarks will only fuel unnecessary dialogue which doesn’t address the hardships faced by the bottom 40% (B40) and middle 40% (M40) group of workers.