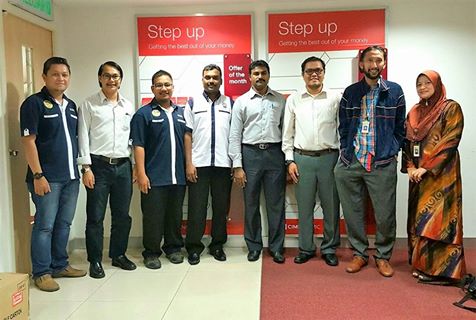 A General Meeting of Members for Cimb Bank, Bercham, Ipoh was held on 3/11/2016 at the bank premises.
The Union officials from NUBE Ipoh Branch present at the meeting were the Branch Vice-Chairman, Bro Mohamad Syukri together with Branch Committee member, Bro Mohd Shahril, Bro Edwin Salomon, Bro Sivabalan and Bro Mohd Syukri Kamil.
Besides updating the members, the Union officials also invited them to participate in the Deepavali Gathering and Blood Donation Campaign to be organized on 11th & 12th November 2016.

During the meeting, a new set of IRCs was also appointed by the Union officials.
The members were happy and thank the union officials for their presence.