How Bank Muamalat takes jobs away from its workers

July 20, 2016Kuala Lumpur. How do you fire a poor bank worker without firing him? Simple — tear him away from his family and make his life so difficult that he leaves on his own.

This is what Bank Muamalat clearly had in mind when it ordered nine of its lowest paid workers to relocate to distant branches, in total contravention of the provisions of the MCBA/NUBE Collective Agreement and Labour Laws.

One of them, Azeman bin Omar, the 53-year-old Clerk in Sg. Petani, was re-admitted to hospital for the second time in four days on Monday, July 19, suffering from dangerously high blood pressure. He is the sole caregiver for his bed-ridden and ailing mother.
Three of these workers — Wan Rosli bin Wan Mansor, Mohamad Zaki bin Khalib and Mohamad Azan bin Abd Rahman — all Messengers, reported for work on July 18 to the Kuala Lumpur office as instructed. That was when their ordeal began.

First, their boss, the Head of the Administration & Services Department, told them there was no job waiting for them, though the bank, in a letter, had promised them a job at the new location without any salary or grade change. They were told the Chief Operating Officer (COO) would meet them at 10.30 am.

After keeping them waiting for about four hours, the COO met them at 2.45 pm to tell them that the Messenger position was now redundant as it was being outsourced. He verbally offered them a choice between a clerical position and a driver’s position at headquarters — and gave them two days to choose.

Far from being outsourced as claimed by the COO, the Messengers’ duties have been re-assigned to Officers and Managers. Muamalat Bank is fully aware that by transferring its lowest-paid employees, it will cripple them financially and tear their families apart.  Yet this inhumane and deeply un-Islamic strategy of piling hardships upon these poorest of workers is apparently their strategy for forcing them to resign.

Imam Arif Aizat Bin Abdul Razak, Imam of the Masjid Hashim Yahya, says, “According to Islam, a man’s duty is towards
his family and parents. Employers and leaders must support the oppressed and the poor to carry out their duties towards their wives, children and parents.”

NUBE strongly resists and opposes the Bank Muamalat’s ruthless actions, and is working hard to bring justice and job security to the nine workers

Watch for updates as the campaign progresses. 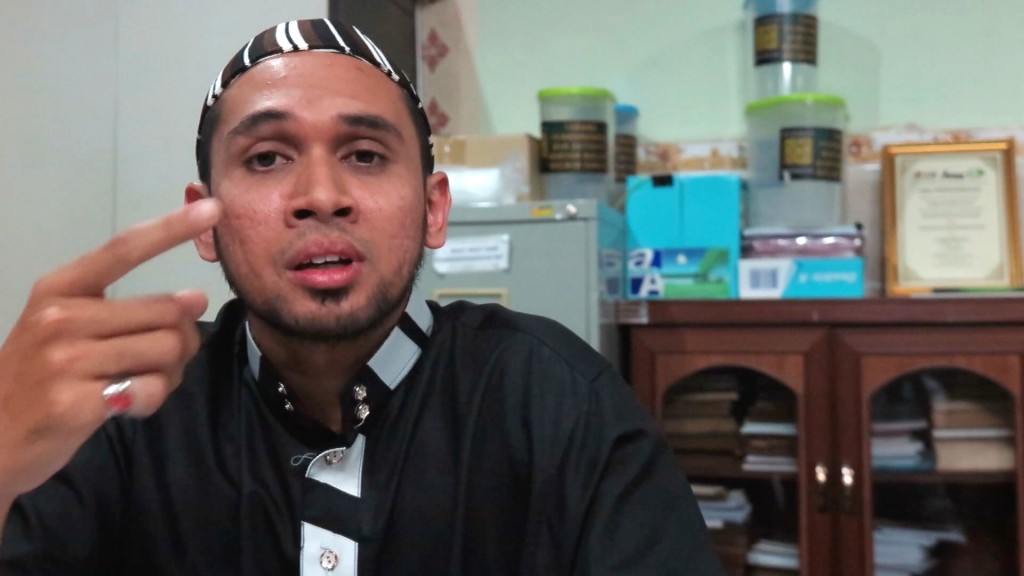