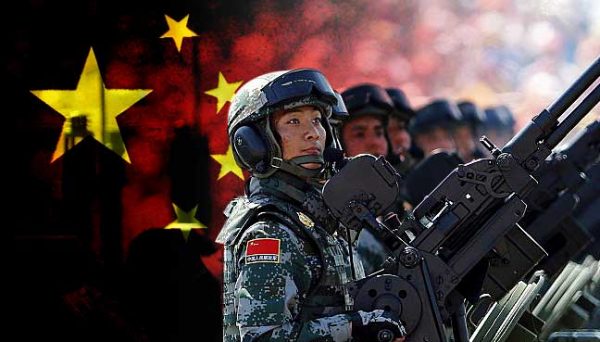 In an attempt to counter the US’ influence in the region, and to have a stronger say in the dispute over the South China Sea islands, China is strengthening military ties with Malaysia and other Asean nations.

KUALA LUMPUR: China is strengthening it military ties with Asean nations in an effort to counterbalance the influence of the United States in the region.

It is doing this by cleverly using its military prowess and investment power to win over friends from among the Asean nations.

China and several Asean states have, especially over the last few years, engaged in diplomatic wrangling over China’s aggressive stance regarding several disputed islands and rocks in the South China Sea. But in recent months, there seems to be little of the tensions that were evident then.

The latest evidence of China’s soft moves, according to a report in the South China Morning Post (SCMP), is last week’s visit to China by Singapore Prime Minister Lee Hsien Loong where the two countries reaffirmed their commitment to conduct more joint drills.

It has also allowed China to assert itself as an alternative to the US, which has been closely involved in the region since the end of the Second World War.

Looking at the situation country by country, the SCMP report said Malaysia had seen its ties with China deepen in recent years “after Kuala Lumpur’s cash-strapped government increasingly opted to do business with China’s state-linked weapons suppliers”.

The report noted that Malaysia had bought low-cost aircraft, warships, and rockets from Beijing.

In addition, the report said, in April, the two nations set up a defence cooperation committee.

China has also invested about US$7.2 billion in developing a mega seaport near the Straits of Malacca.

The SCMP report noted that Laos and China reaffirmed their cooperative military relationship during a four-day visit by Chinese officials to Laos earlier this month. China is Laos’ largest foreign donor and investor.

China has pledged to continue supporting the development of Laos’s communist army.

The report said even the Philippines, a long-time US ally in the region, had shifted its stance under current President Rodrigo Duterte.

Noting that relations between Beijing and Manila had warmed, the report said Chinese naval ships visited the Philippines for the first time since 2010 in April, and the Philippine coastguard sent 20 of its officers to train in China in May.

Duterte also signed a letter of intent in May to buy US$500 million in weapons and defence assets from one of China’s largest arms dealers.

Also, in June, Beijing provided US$7.3 million in military assistance to Manila in a high-profile ceremony, including some 3,000 rifles and six million pieces of ammunition.

The SCMP report said China was one of Cambodia’s largest arms suppliers since 2012, and that Beijing was providing funding for Cambodia’s military.

In October last year, the report noted, the two countries signed agreements for China to supply and fund the modernisation of the Cambodian army, with plans to ultimately acquire Chinese fighter jets.

The SCMP report said in recent years, military cooperation between China and Thailand had grown considerably, especially after the mid-2014 military coup in Thailand.

In June, the SCMP report noted, Bangkok approved a request by the Royal Thai Army to buy 34 armoured personnel carriers from China in a US$69.3 million deal, with more expected to come.

The two nations also held joint military exercises, including both land and sea operations, in May and June last year, the report added.