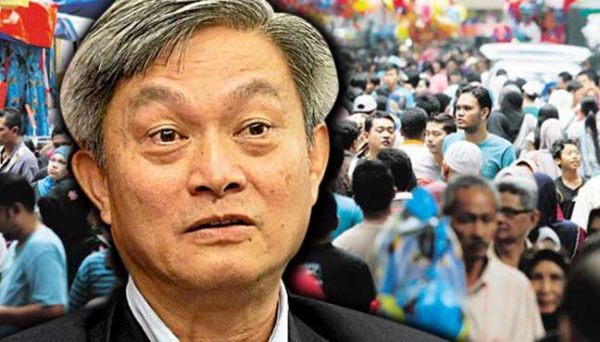 Dr Yeah Kim Leng said the first would be to tap into the present window of opportunity to achieve high-income status.

Yeah explained in the next 15 years, Malaysia’s ageing population would likely be larger than the current workforce.

“When that happens, it will be harder for Malaysia to achieve a developed nation status and a higher-income status.

“That is why there is concern that if we do not achieve a high-income status within this time frame, it will be harder to achieve it because we will not have the luxury of the young population to drive the growth,” he told FMT.

Yeah further said even though the population was almost 32 million, population growth was declining from 2% to 1.1-1.3%.

Once it goes below 1%, the ageing population will increase, he said.

He said the second criteria would be a talented workforce.

The former RAM Holdings Group chief economist said the country needs to create entrepreneurs and increase the innovative capabilities of the young urgently.

“We must ensure skill and talent development, sustain productivity and maintain our growth faster.”

Rather than manpower supply and resources, creativity, innovation and technology will drive Malaysia forward to sustain a high standard of living in the future, he explained.

Yeah said if Malaysia failed to develop a talented and skilled work force within the next few years, it would be harder to achieve advanced nation status.

The third criteria is for Malaysia’s gross domestic product (GDP) per capita to be 3-4% higher than that of a developed country.

He added European countries had GDP per capita of below 1-2% growth as they had already achieved high-income status.

Per capita income is the average income earned per person in a given area in a specified year. It is calculated by dividing the area’s total income by its total population.

“If we can maintain per capita GDP growth of 3.5% and above, we can achieve high-income status by 2020, but we also have to maintain low inflation and a strong exchange rate.”